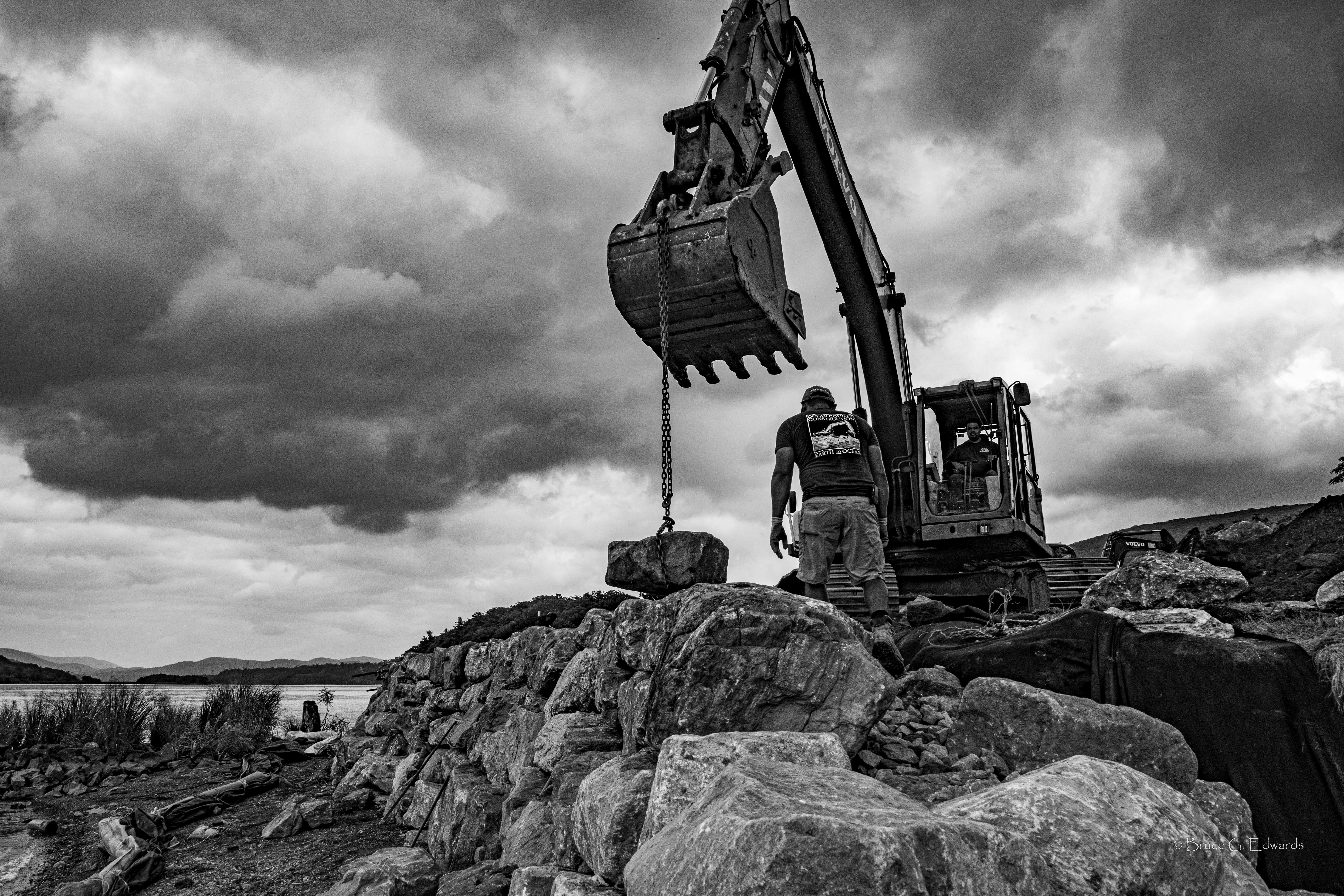 This is Part 2 of 5, a series of OCC Project photographs for a site on the Hudson River.

As the job progressed, considerable amounts of existing seawall were removed in sections. As this was done, the beginnings of the new stone revetment seawall were built. There was always a serious effort to maintain constant protection of the property from rough water.

From the beginning of this project, OCC salvaged all of the usable stone from the existing revetment. Additionally, a substantial amount of additional stone was trucked in from local quarries. Unfortunately, stone of the same type and color as the existing stone, was no longer available. OCC resolved the mismatch by sorting and mixing the old with the new to achieve a consistent mosaic along the entire length of the new stone revetment. Sorting 3 - 5 ton rocks is not the fastest way to do the job. But, for this job, it was the best way..... Also known as the OCC way. It's form creates both function and beauty by design. 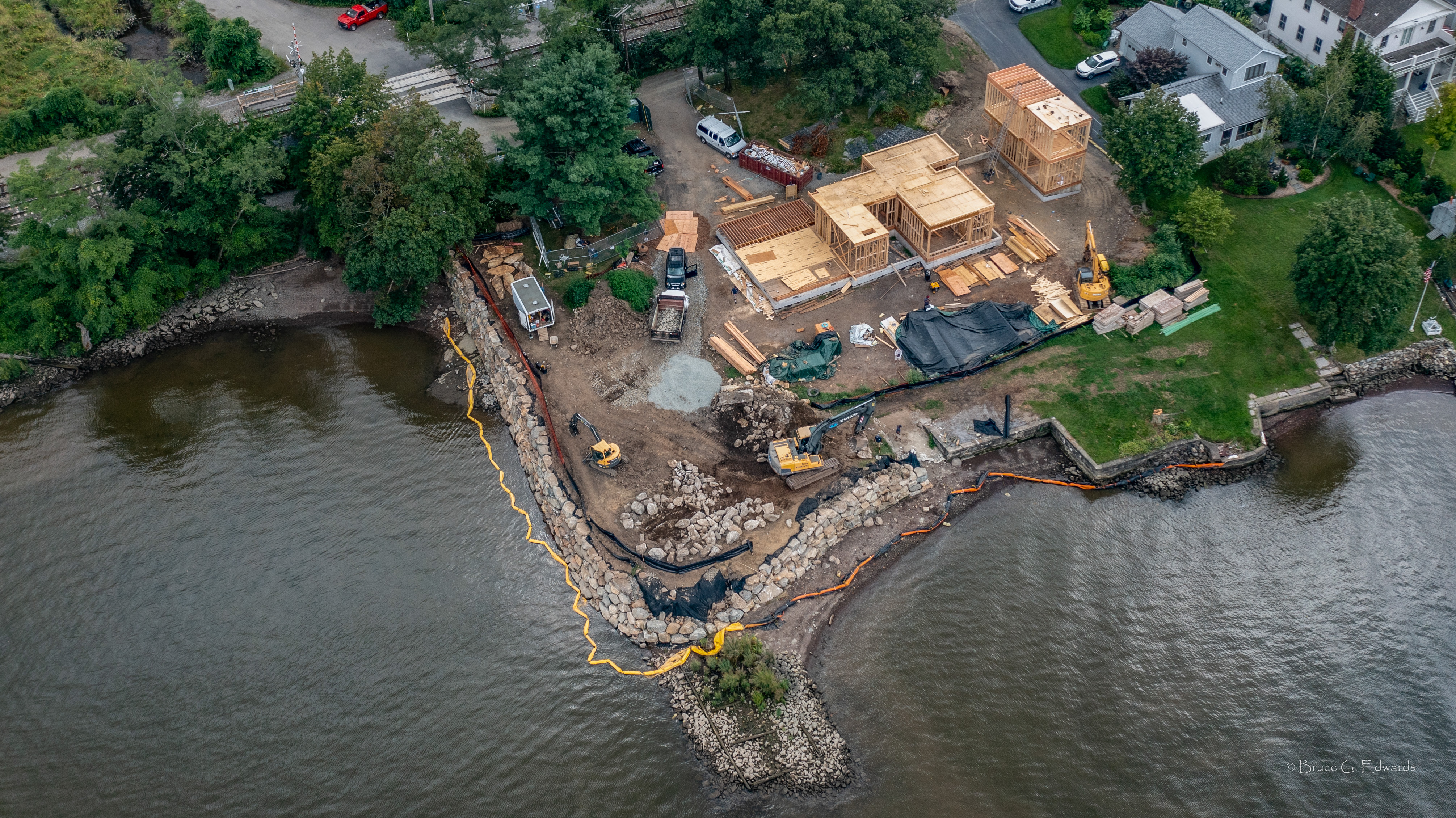 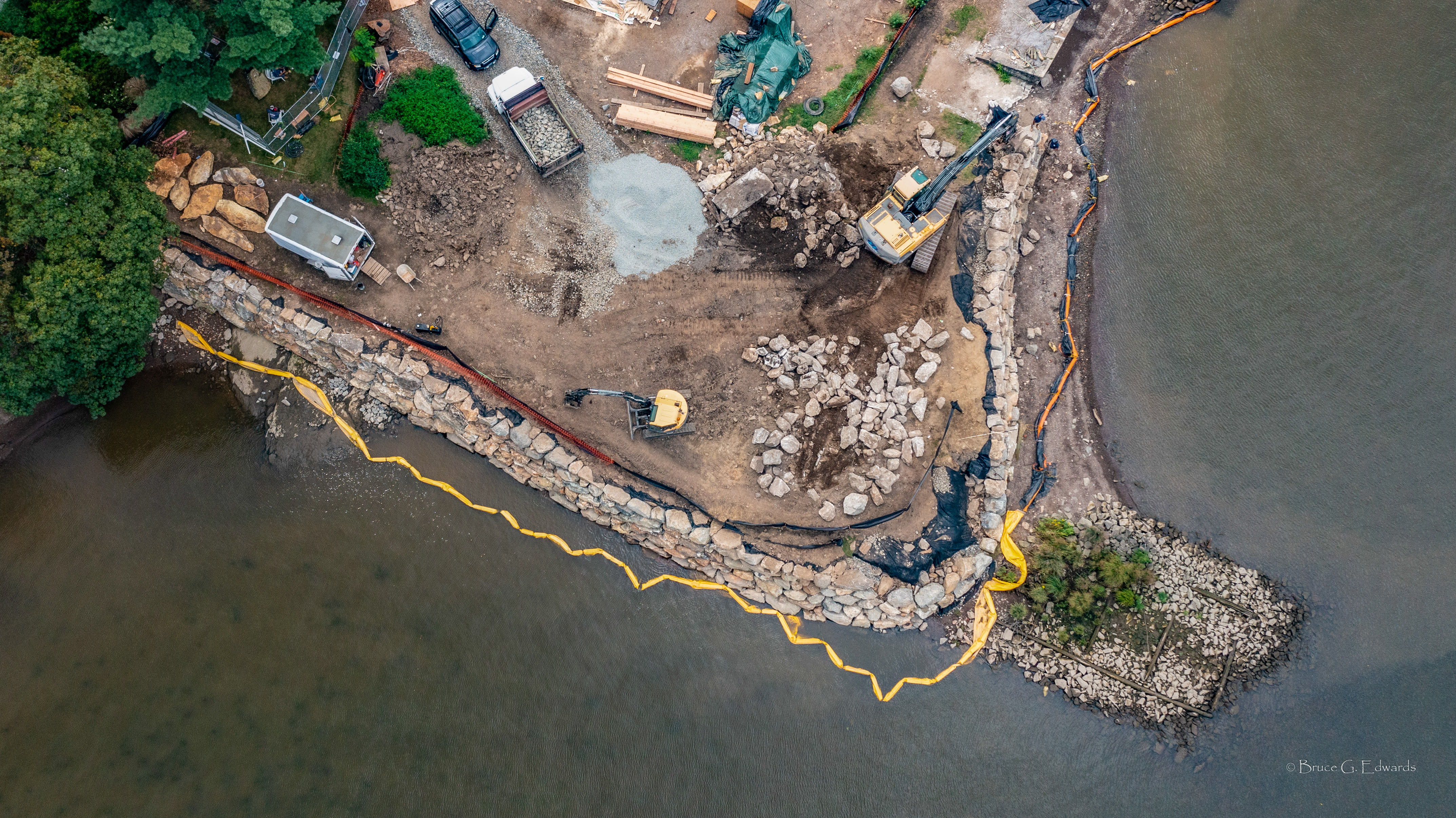 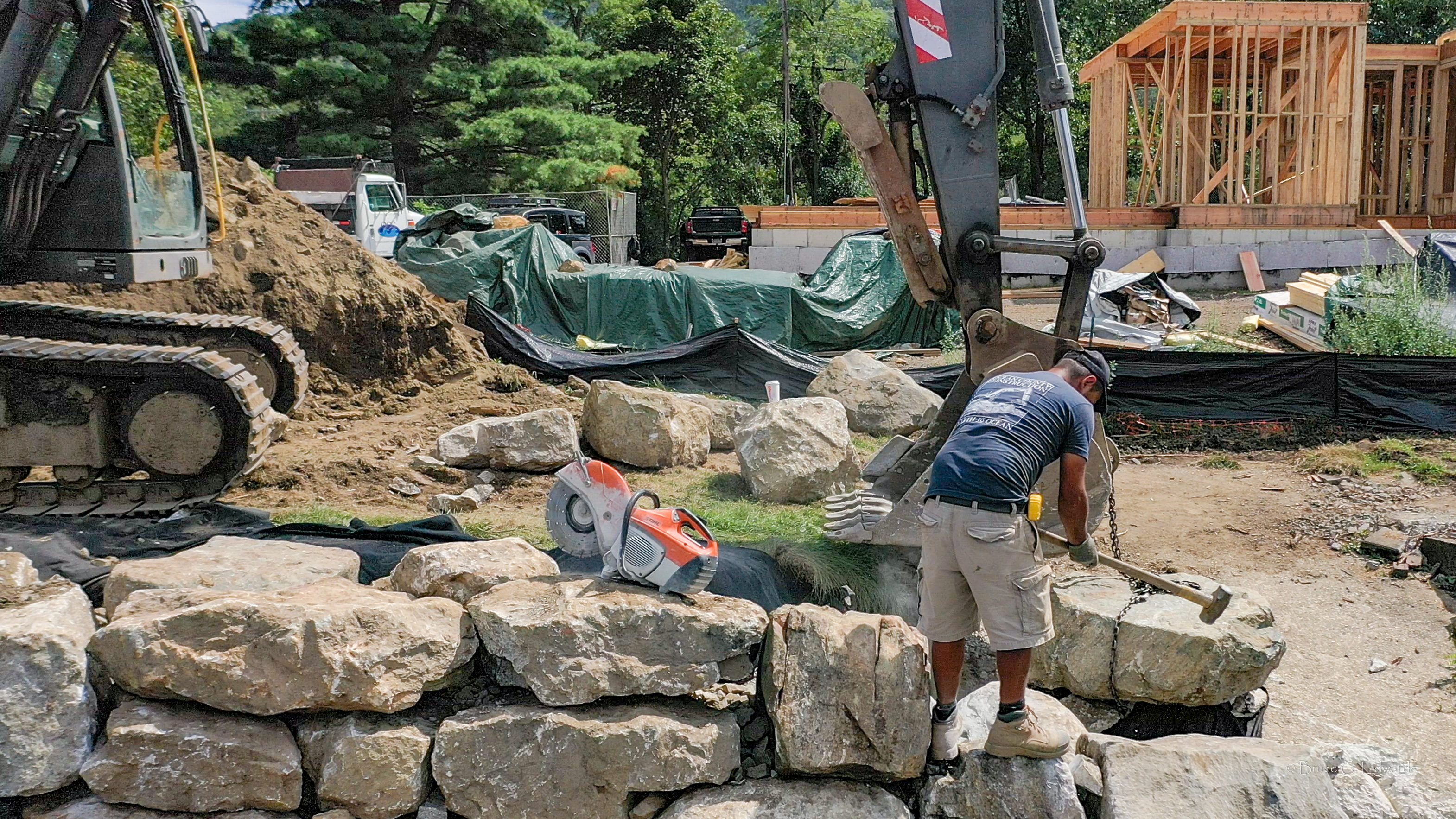 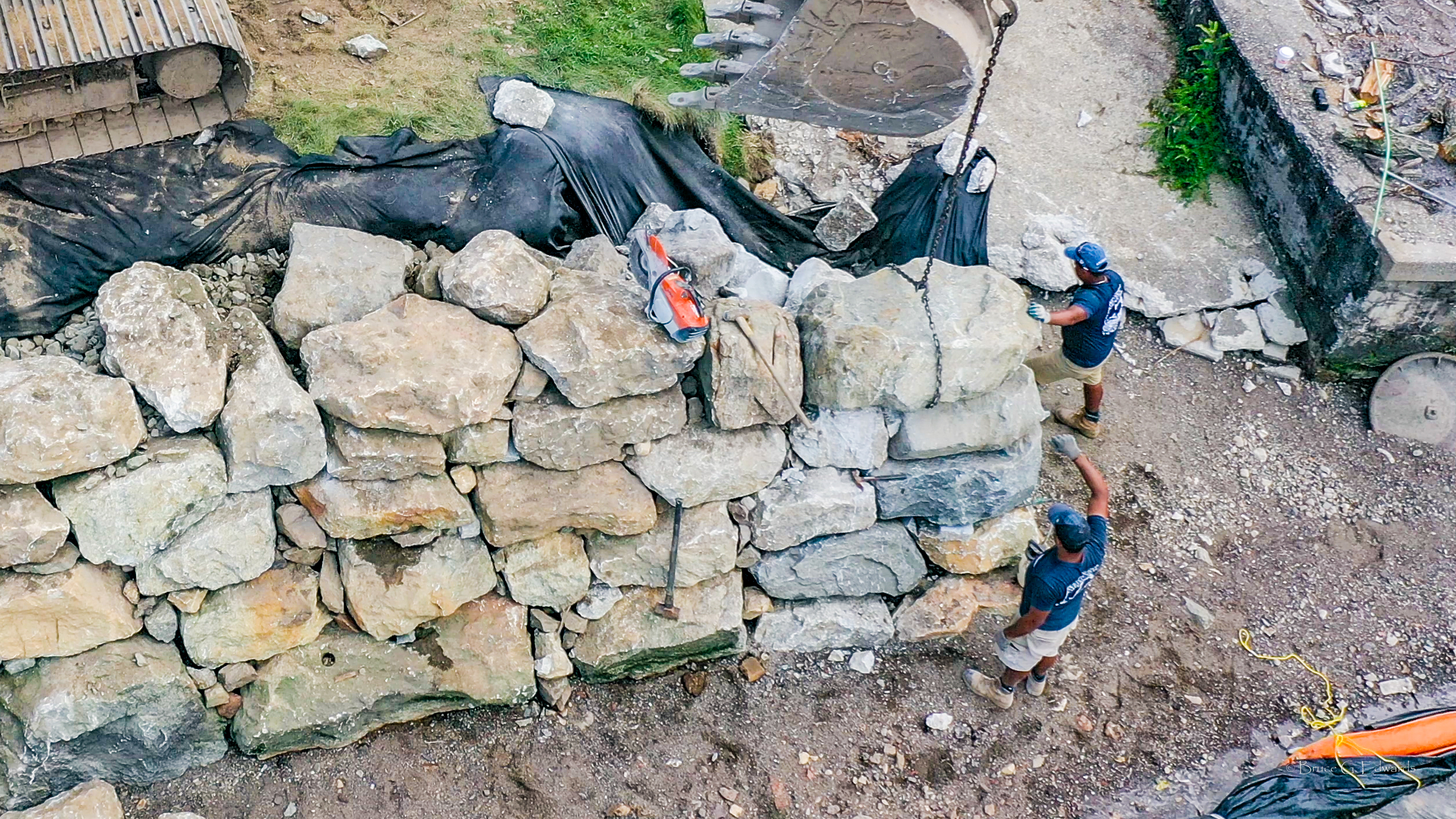 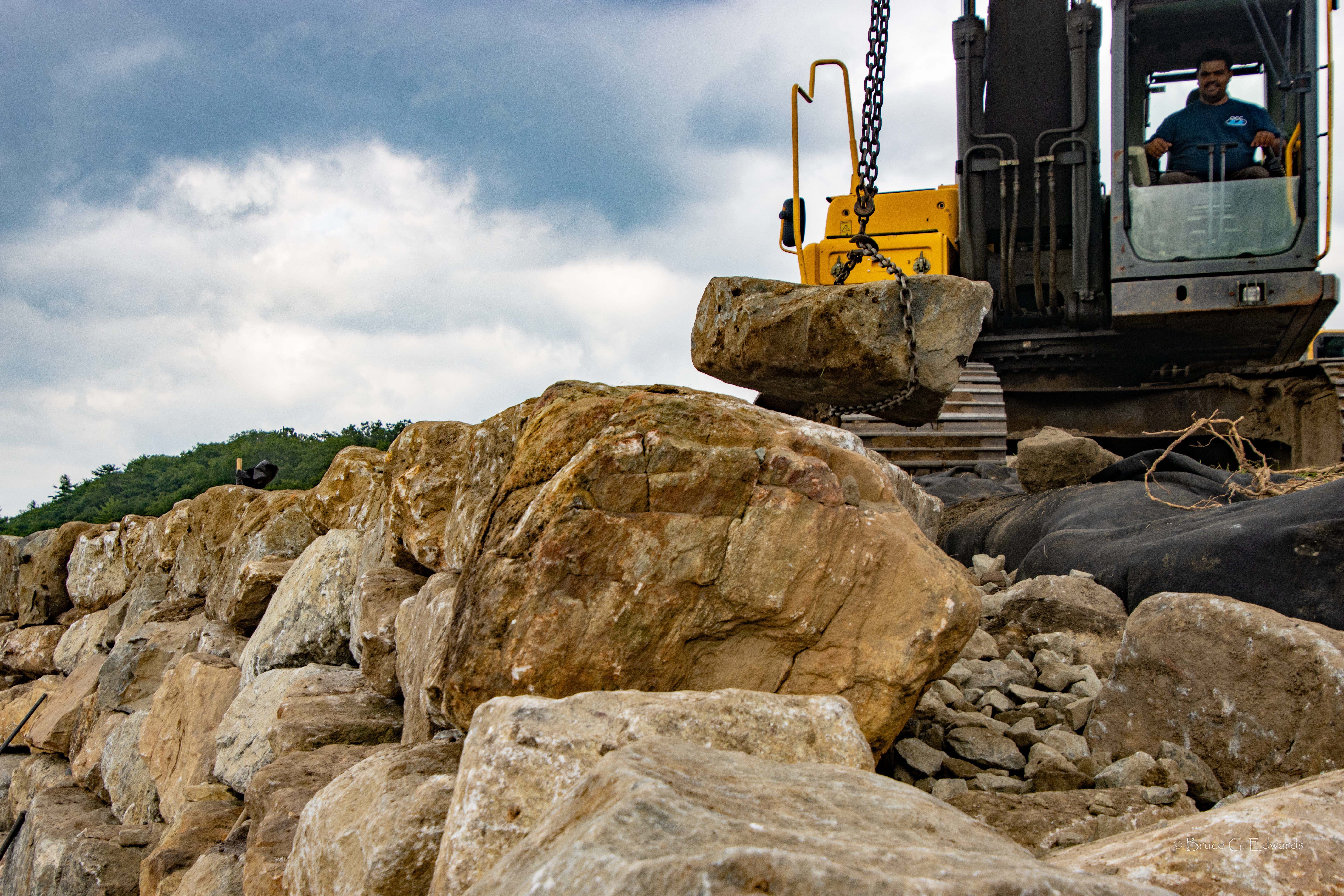 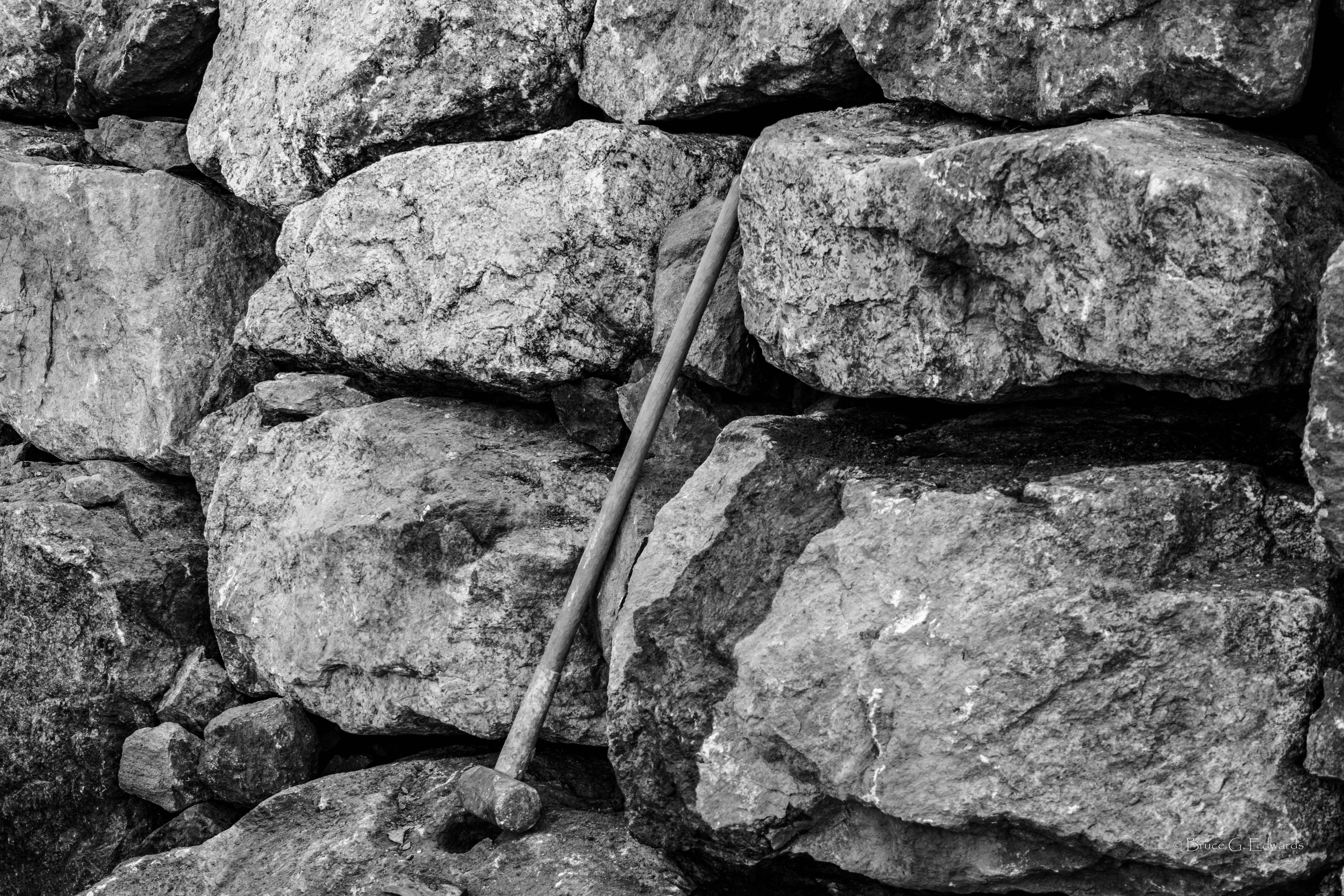 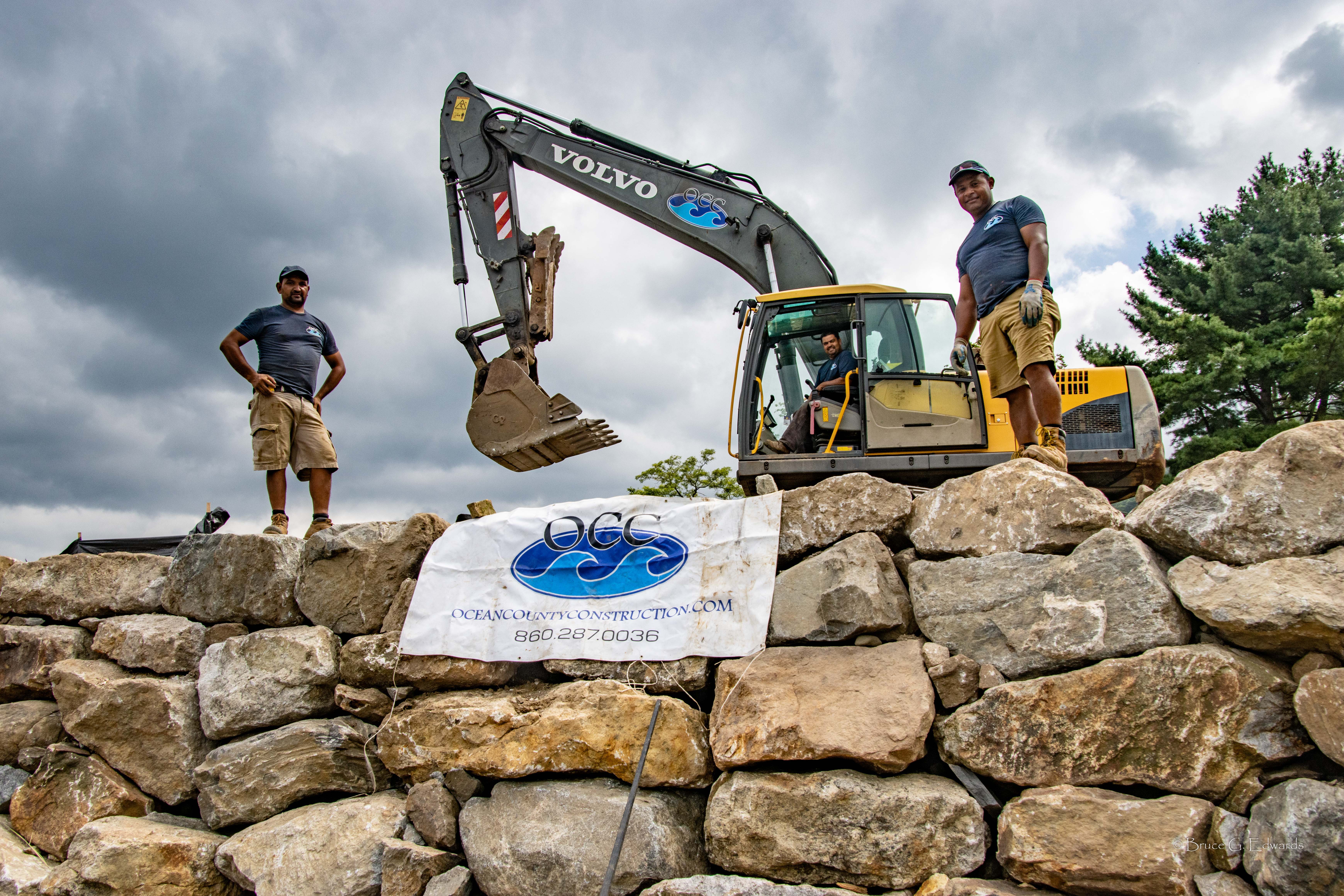 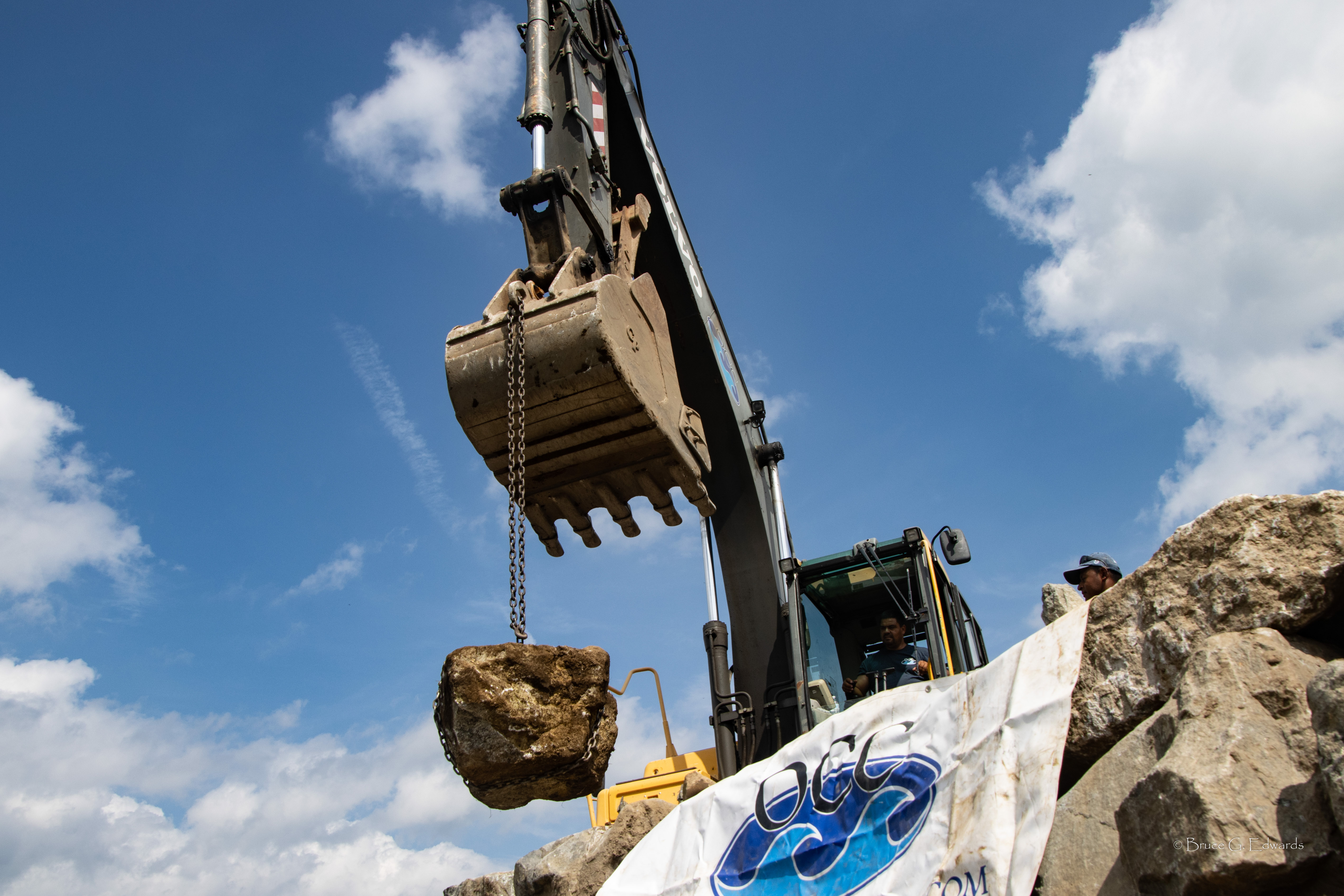 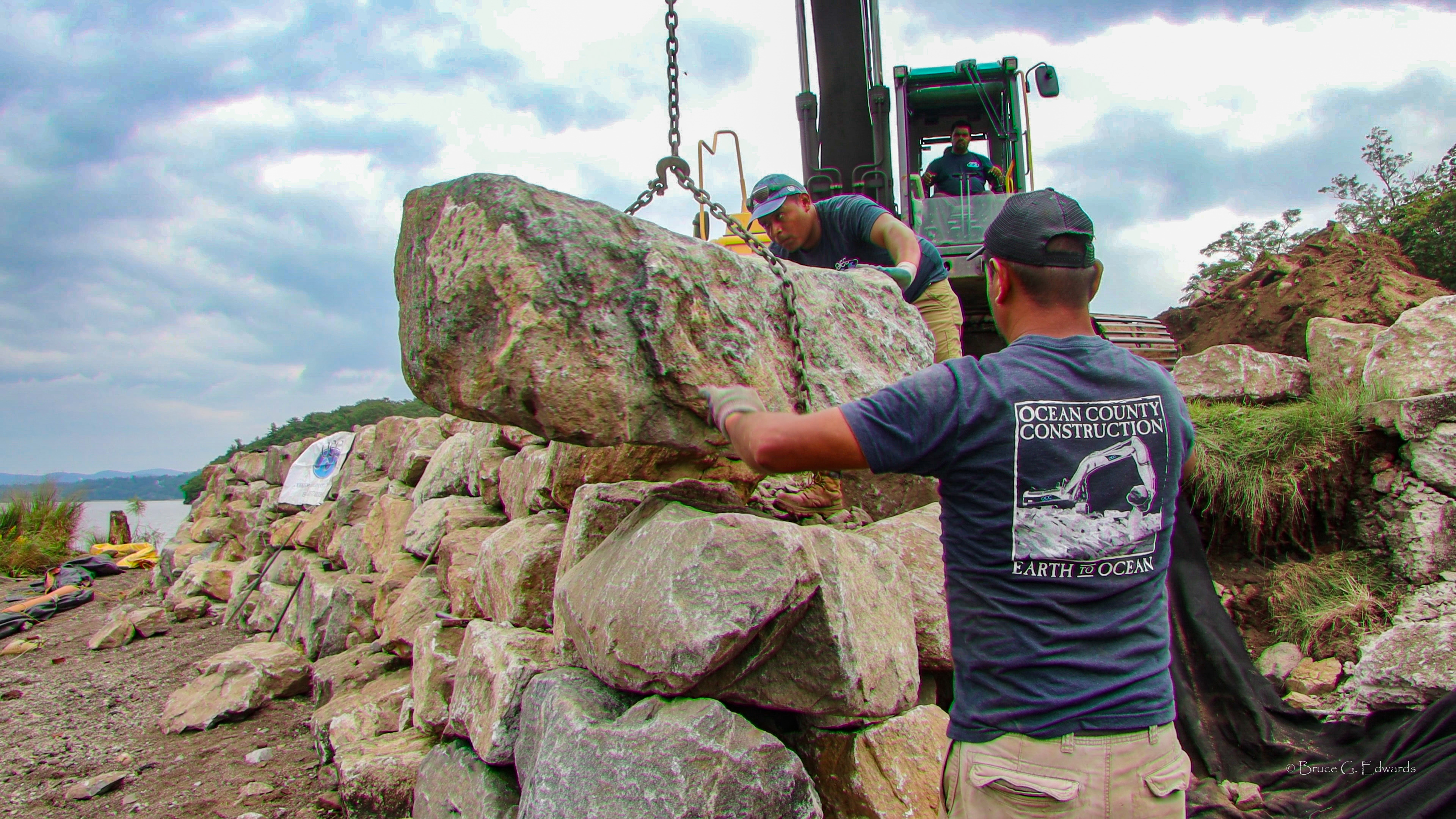 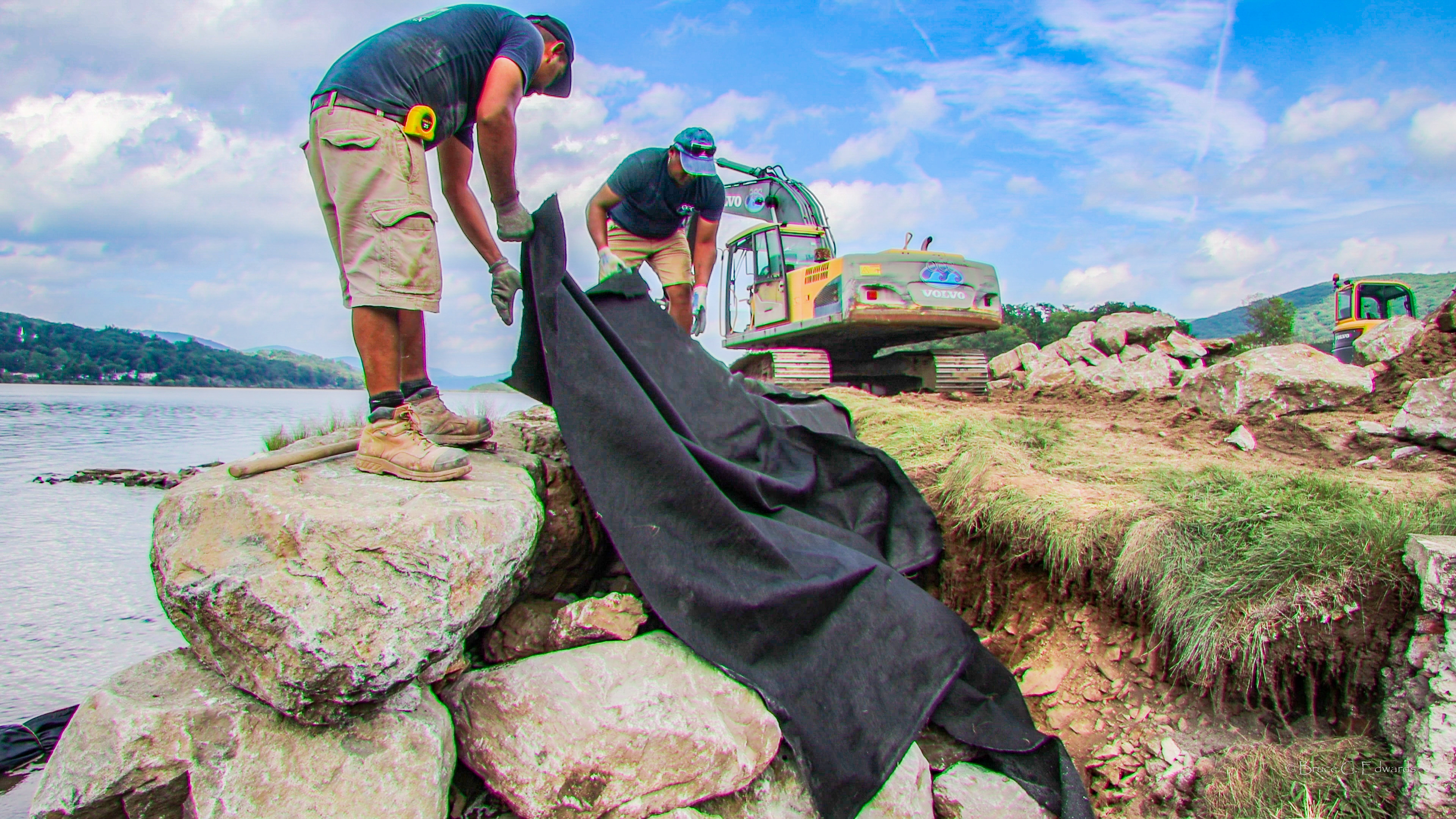 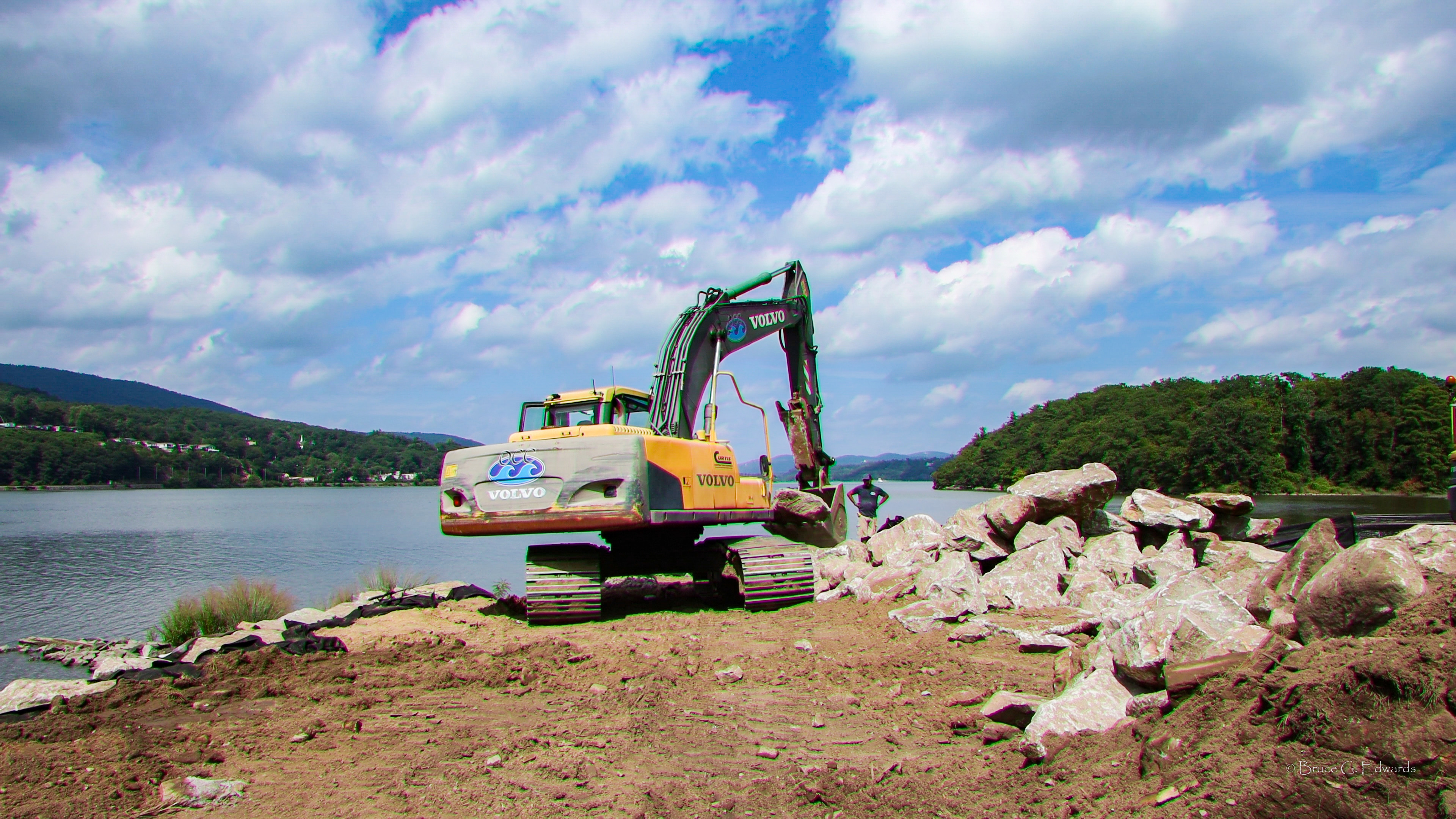 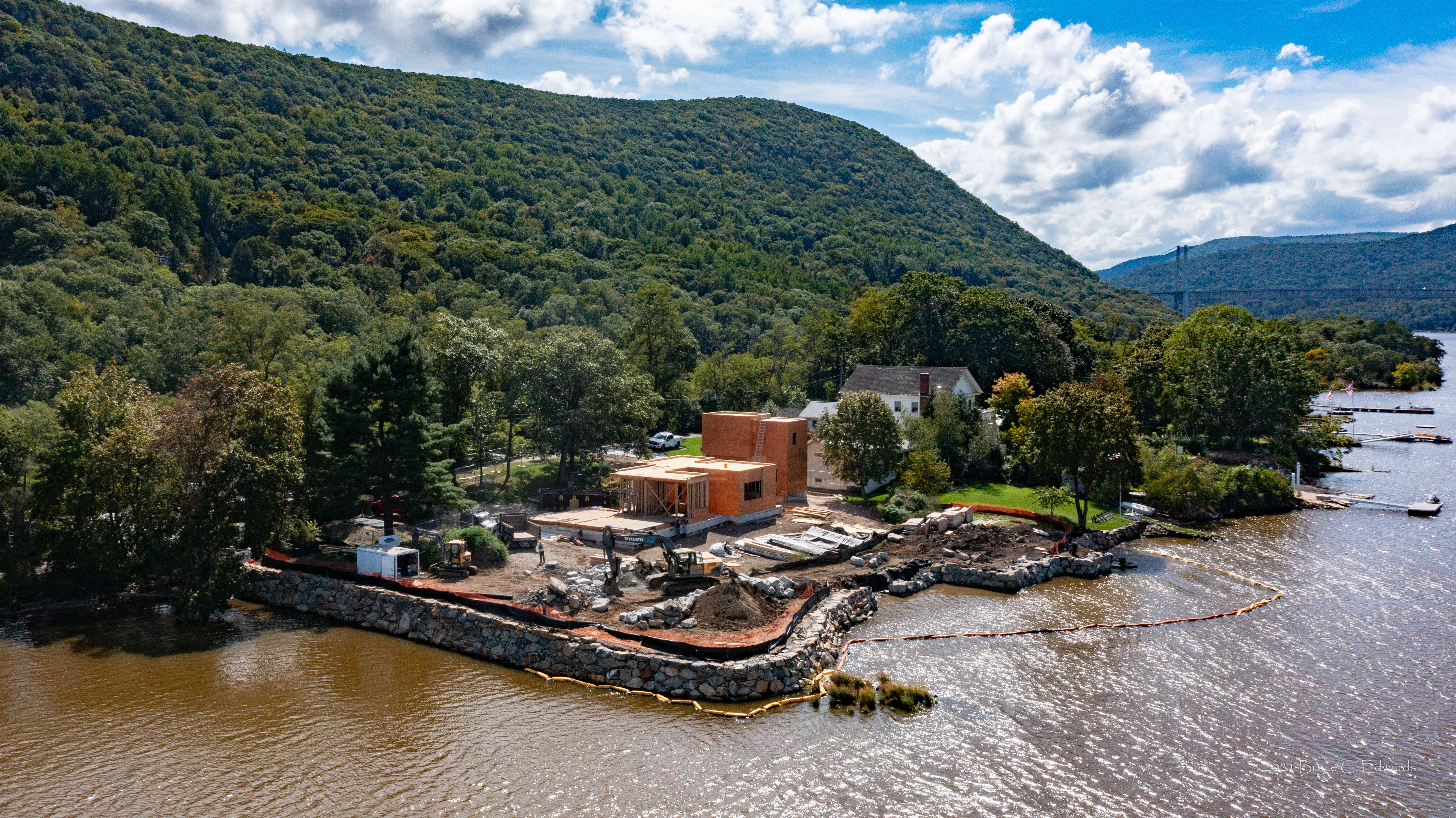 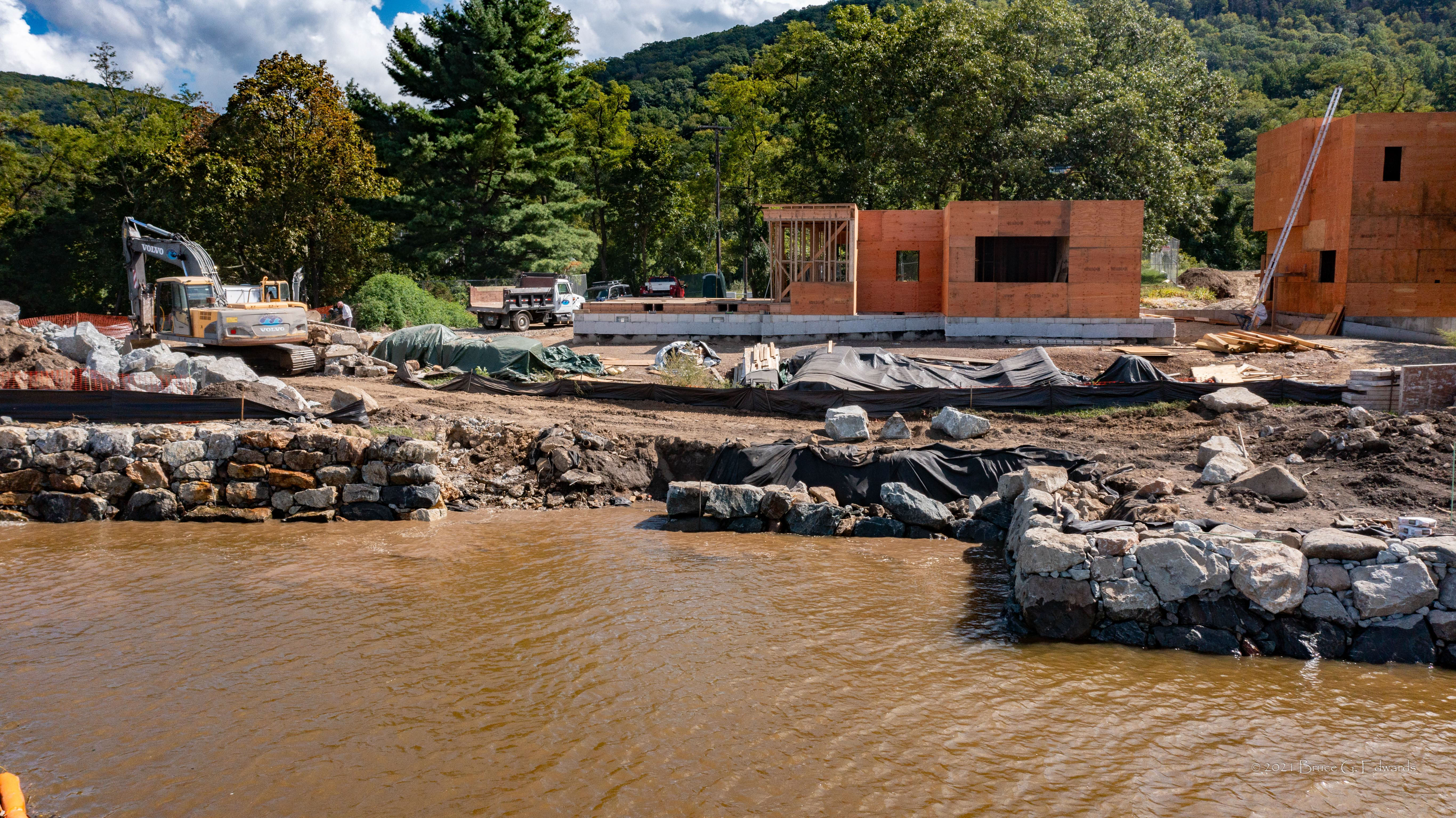 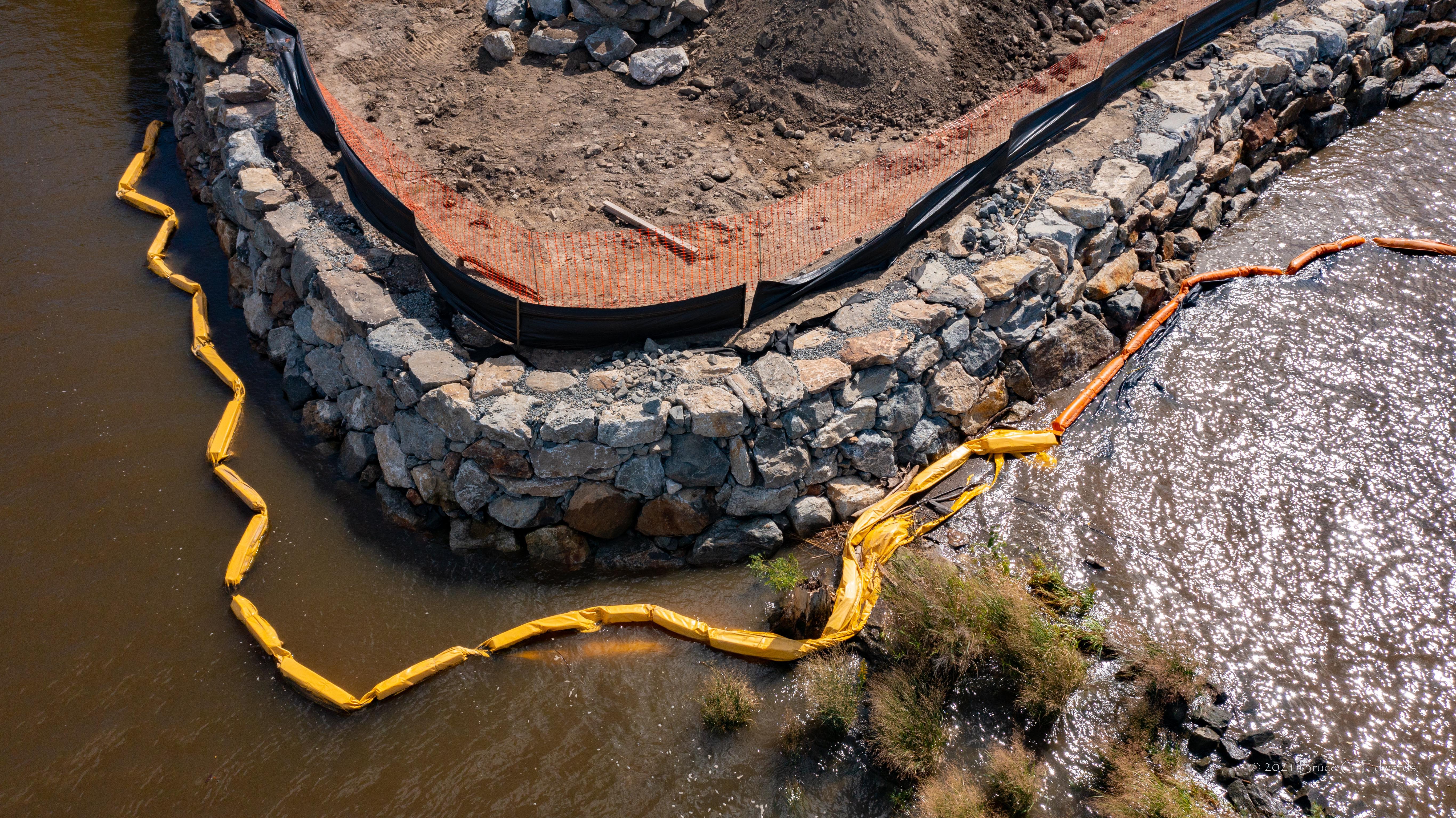 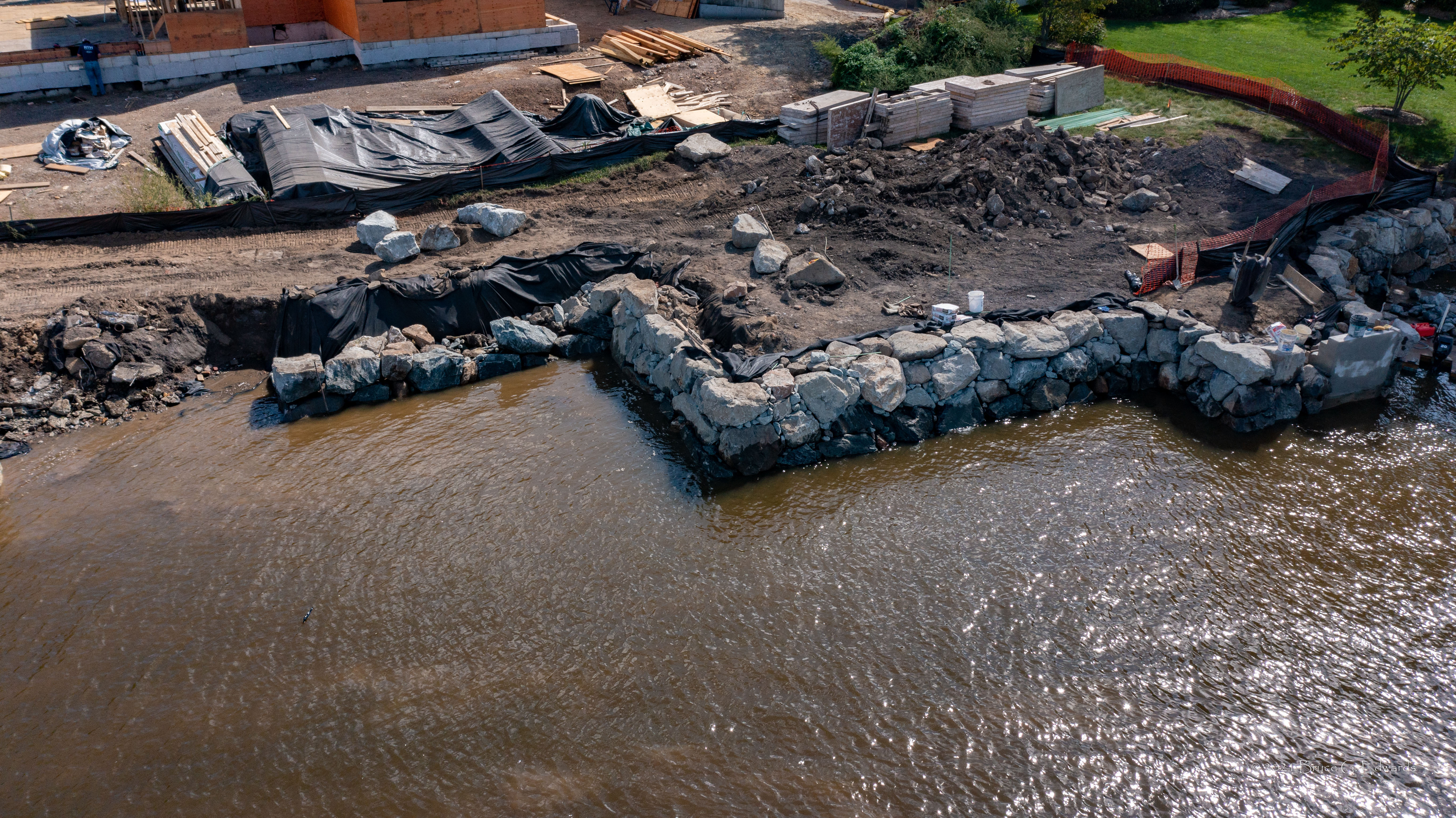 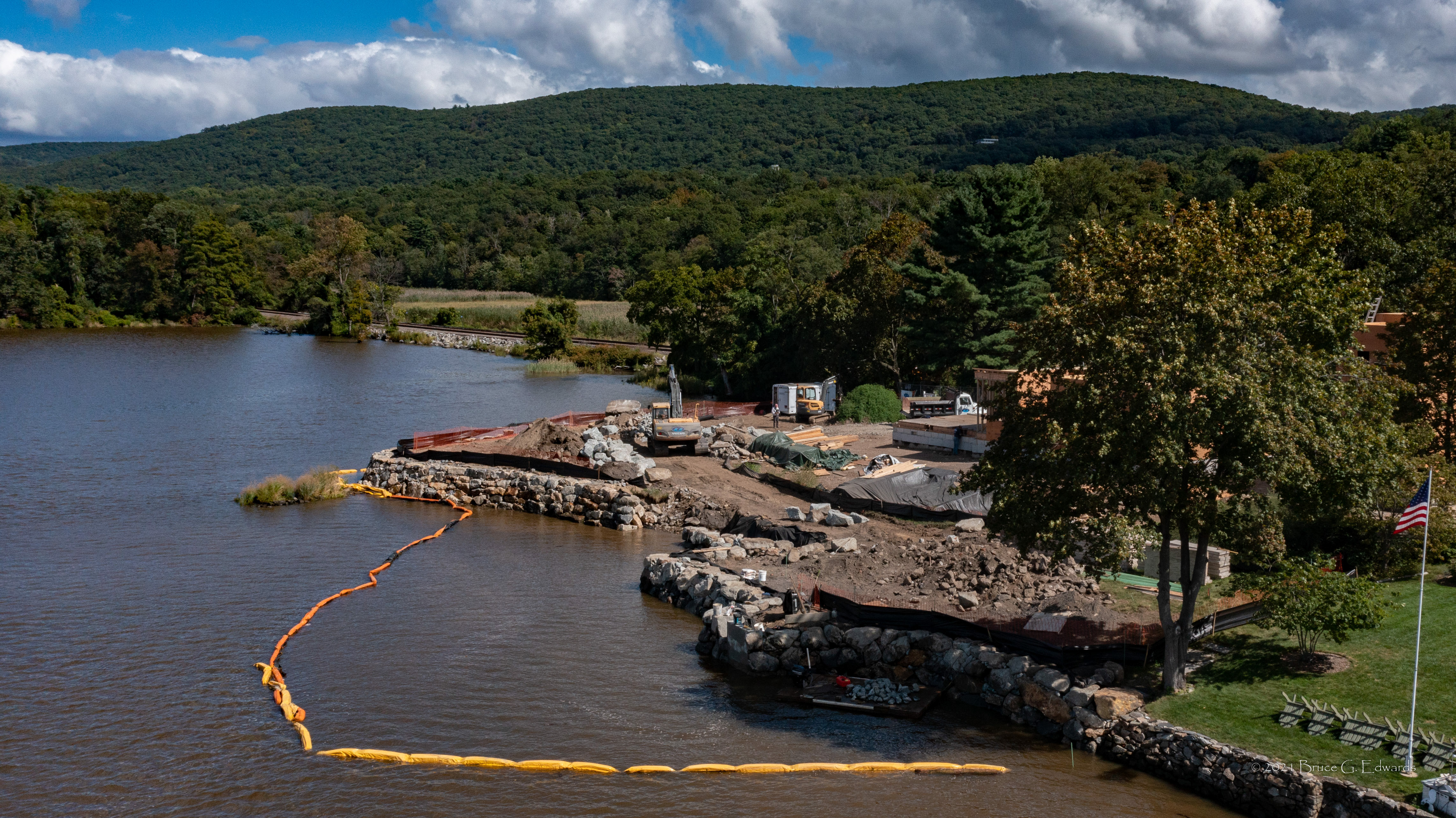 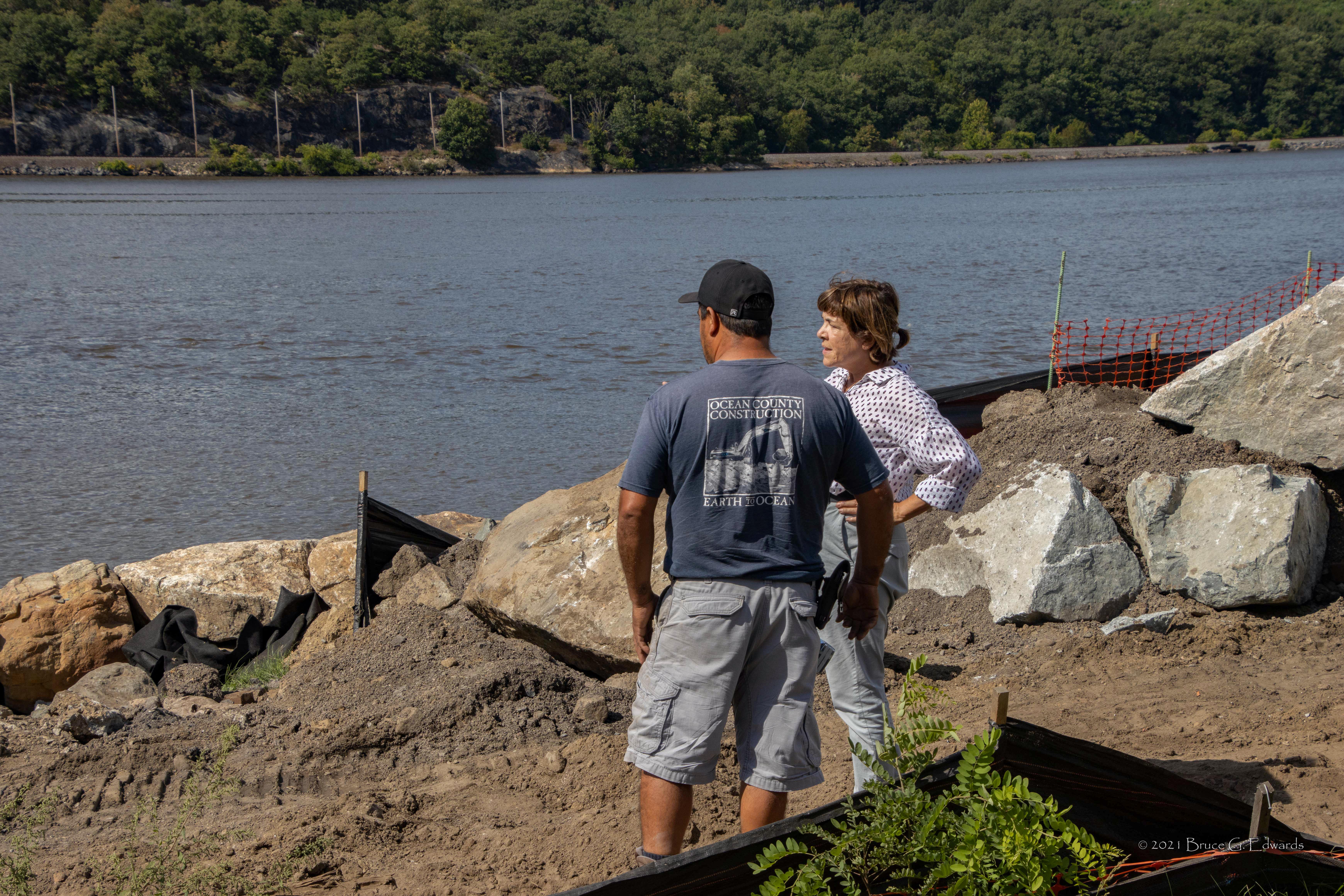