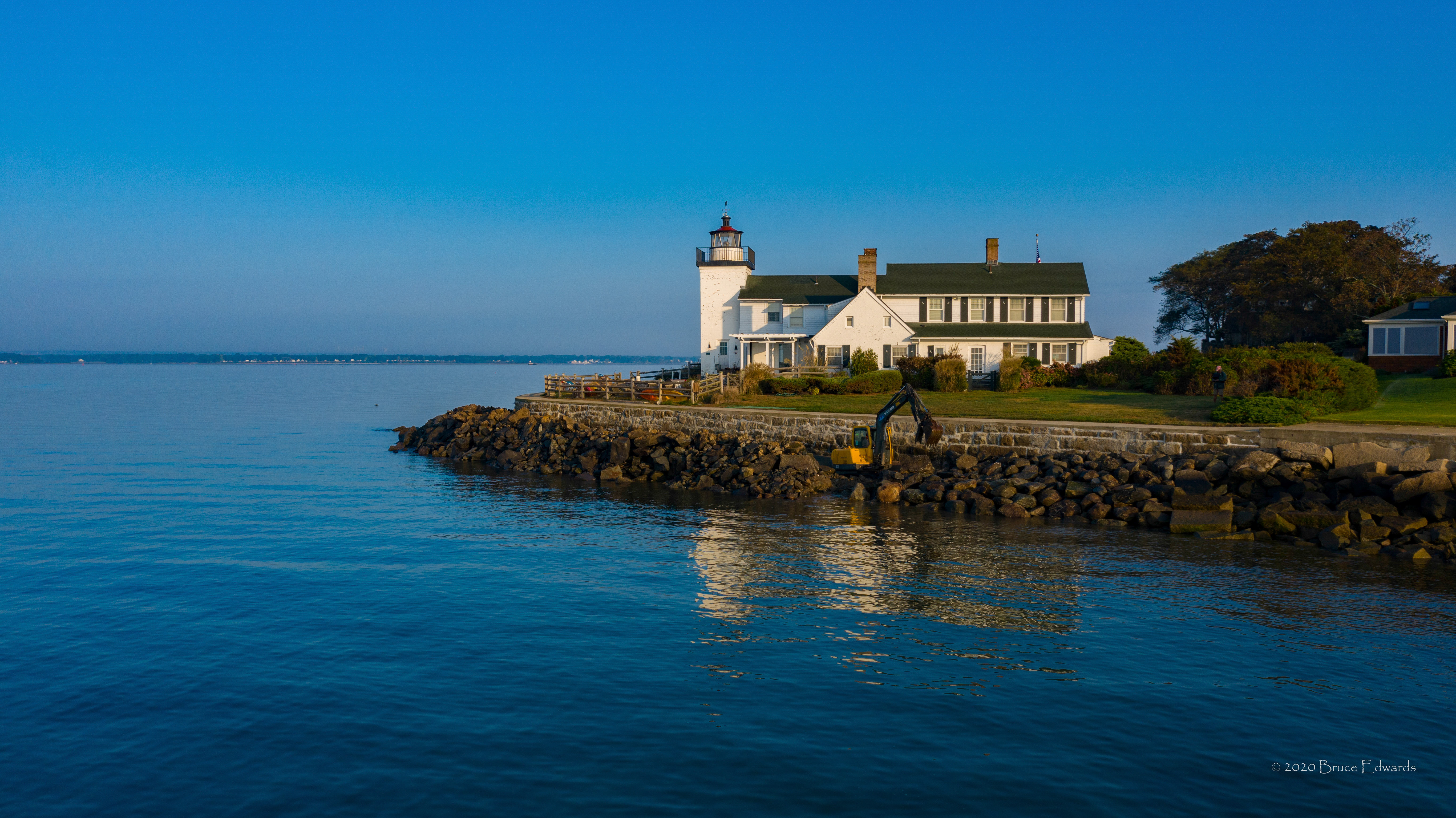 In this renovation, OCC pulled the revetment back, fallen stones were reset, the base stones were bonded to a new, epoxy coated steel reinforced concrete foundation wall, and the revetment was rebuilt and extended. The stonewall was repointed, the landing was completely rebuilt and a newer. concrete extension of the seawall was repaired. A new OCC foundation wall installed to provide superior stability and longevity. From old to new, OCC builds to last with an exceptional understanding of the forces of the sea. ‍ 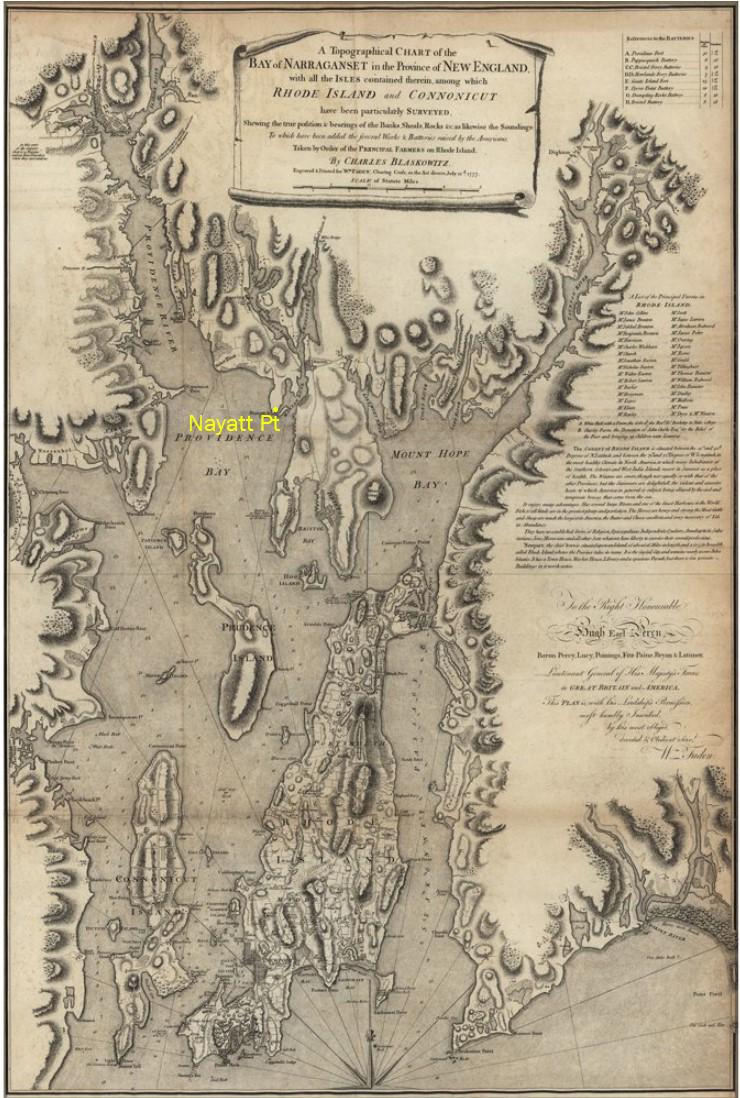 A 1777 map of the Bays from Narragansett to Providence, RI 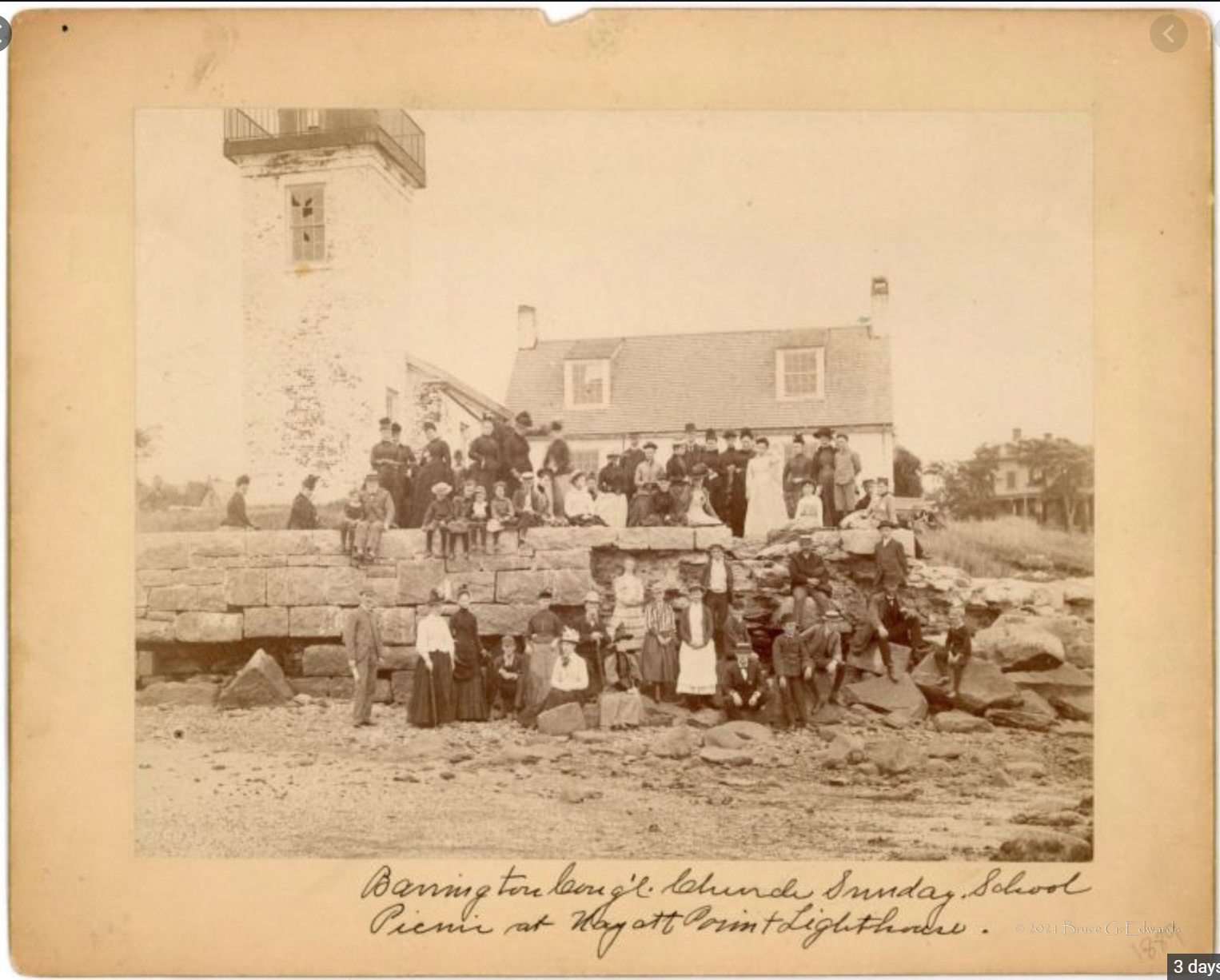 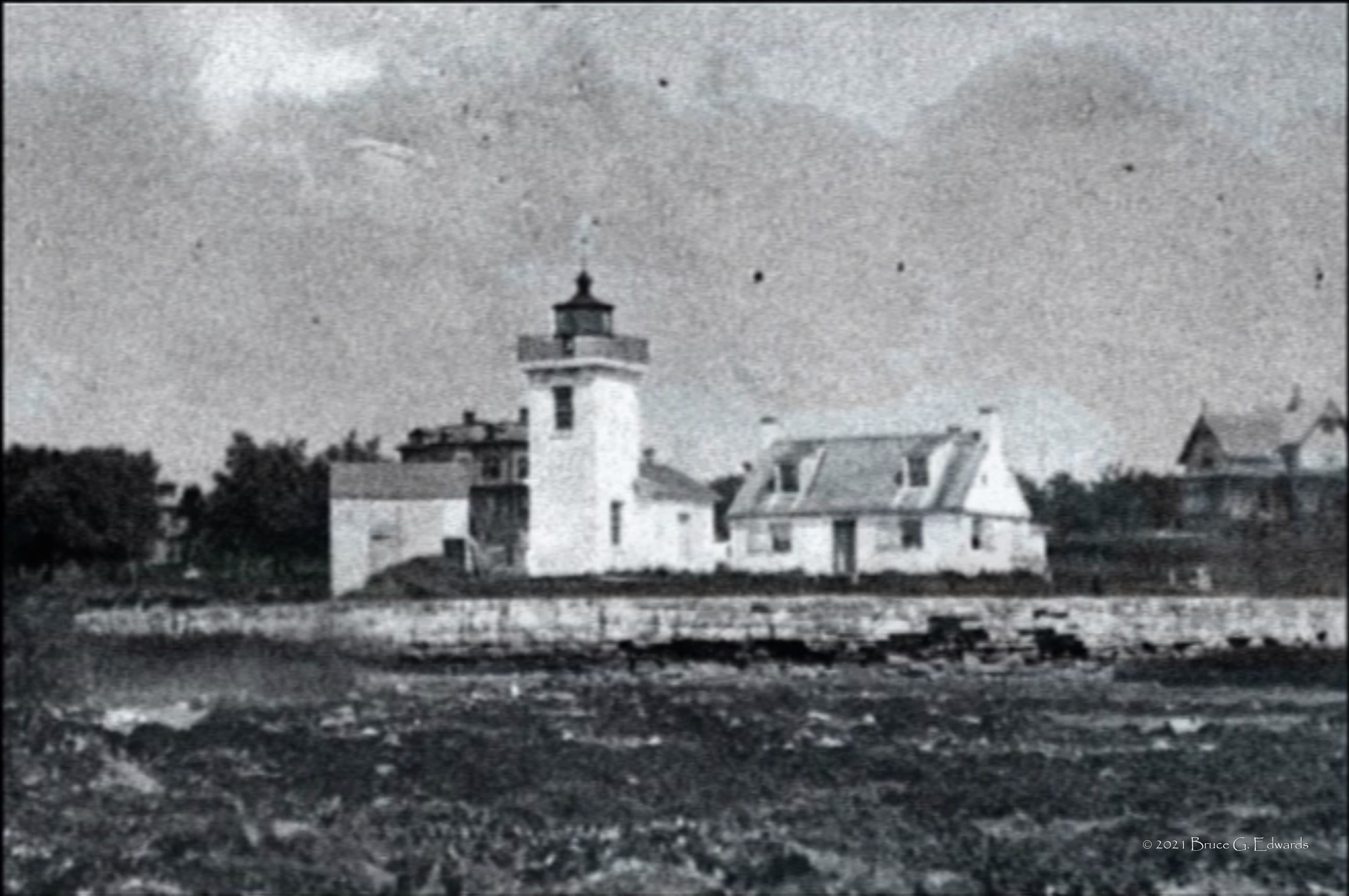 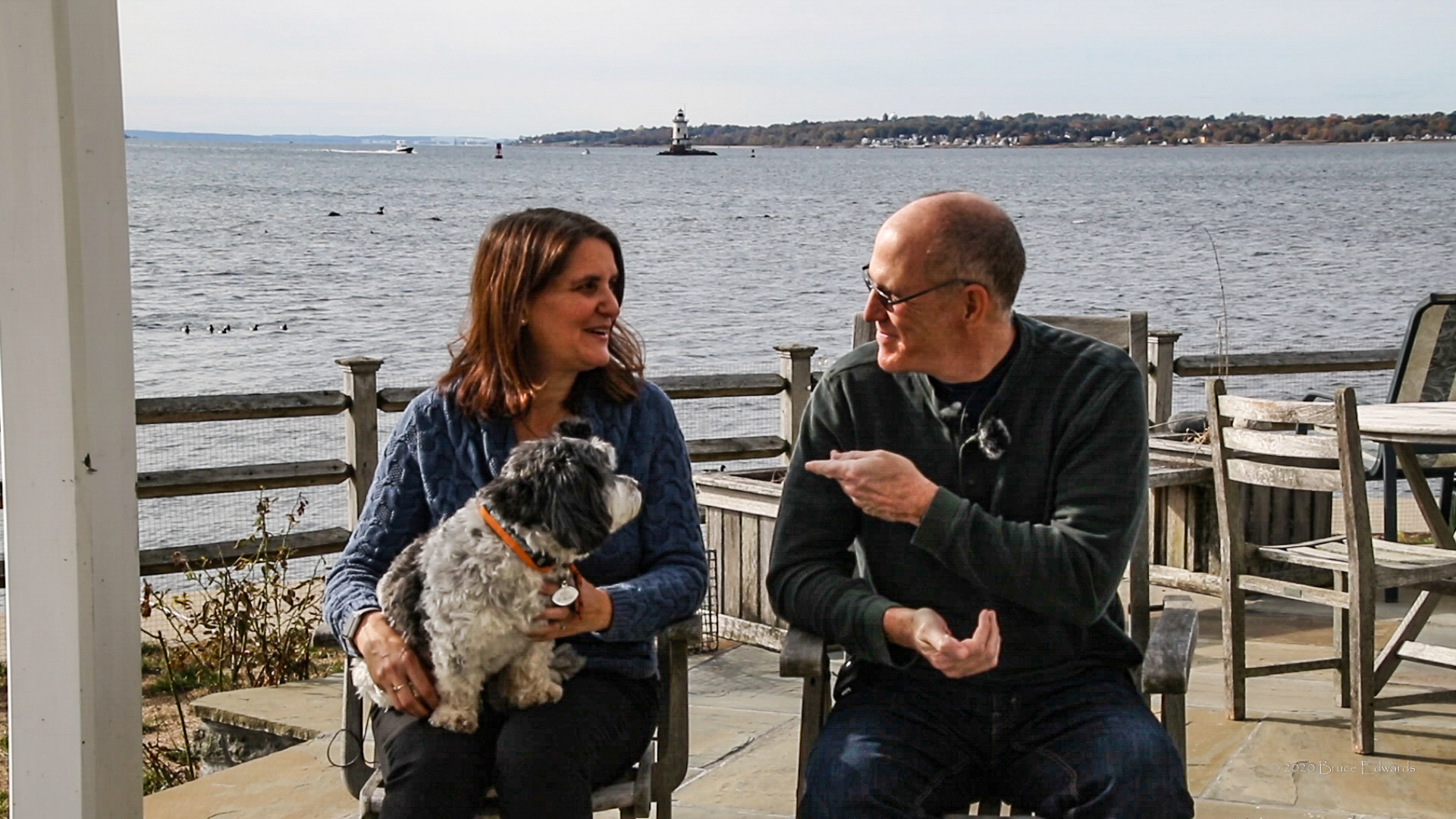 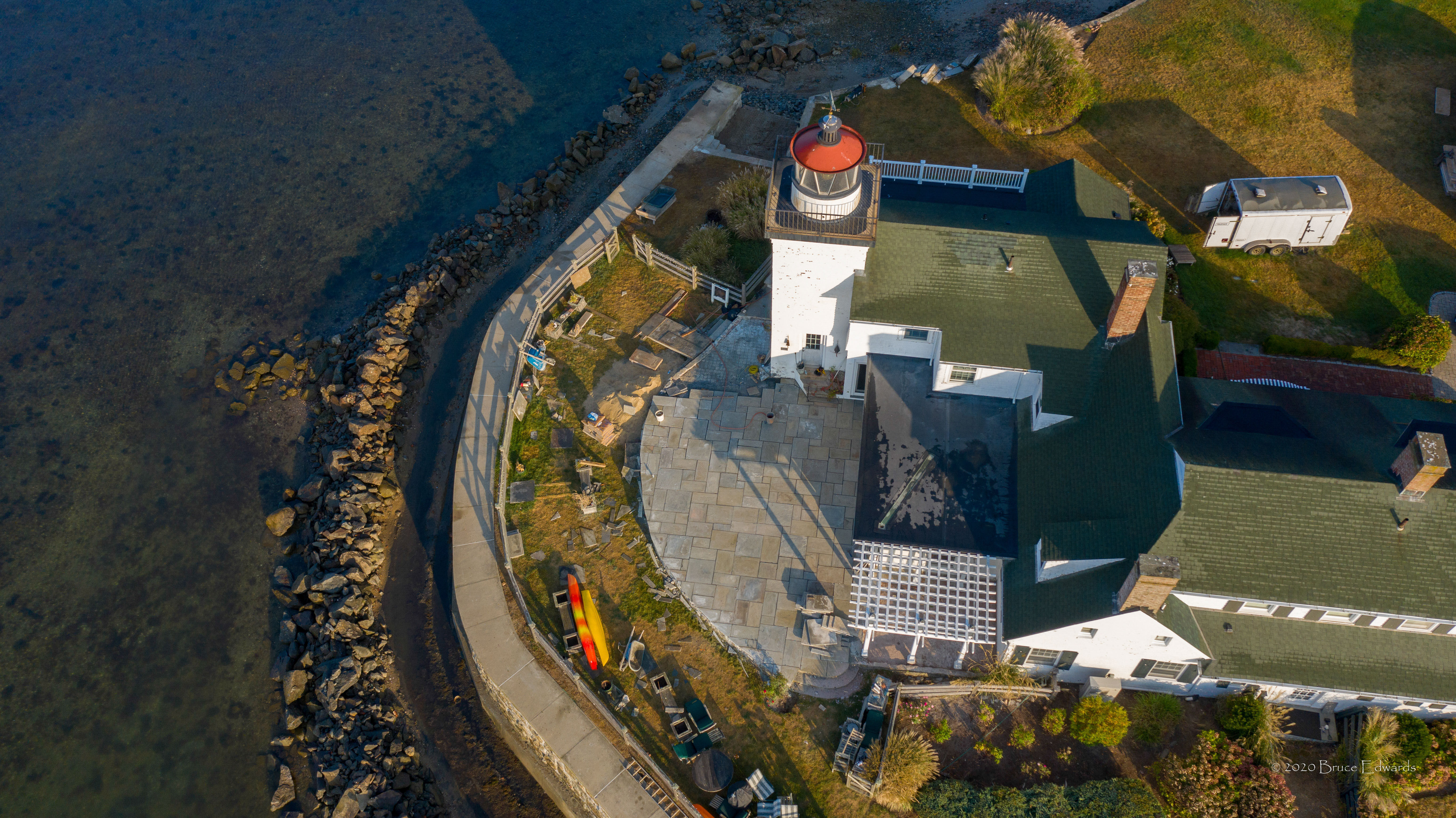 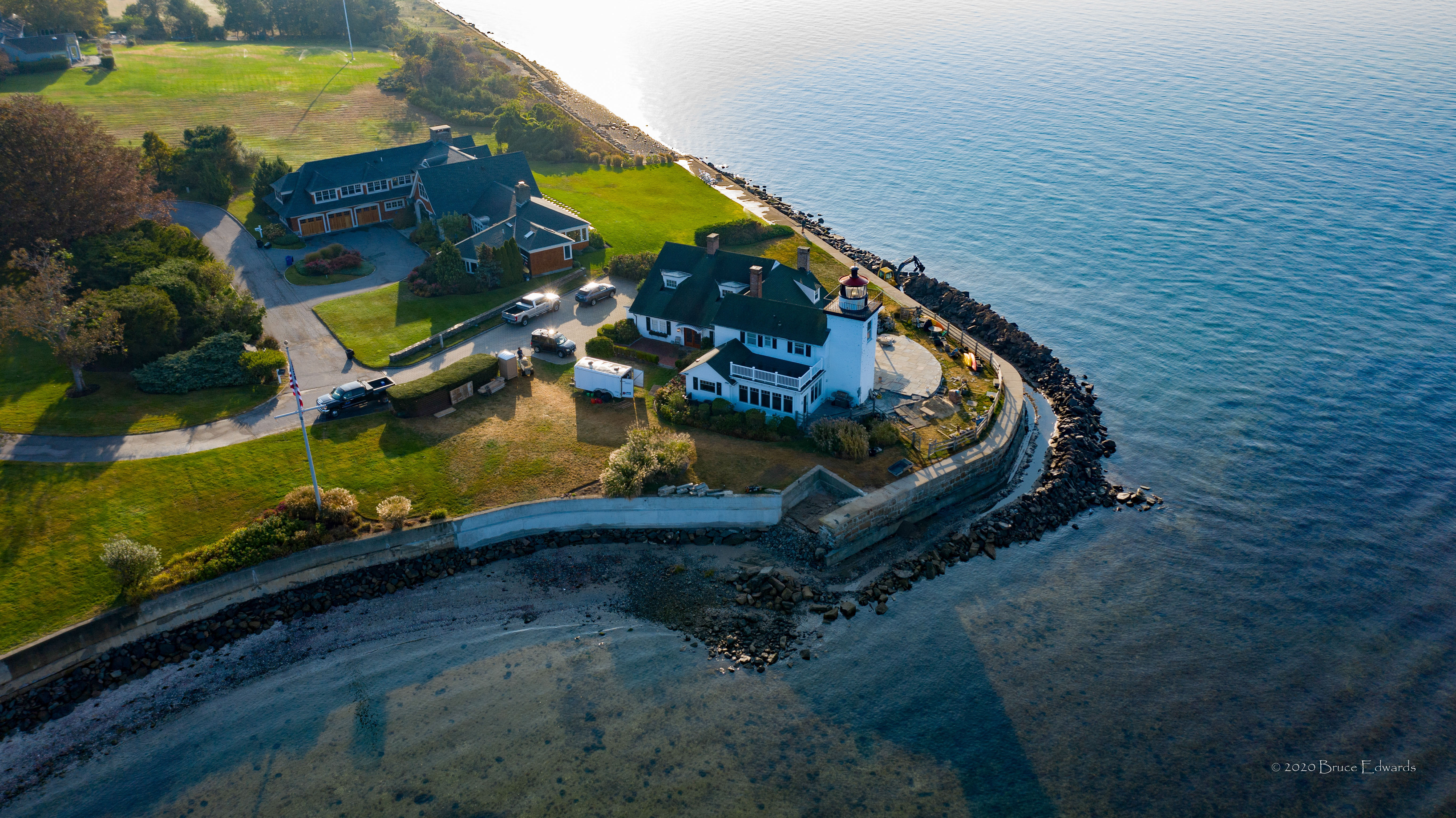 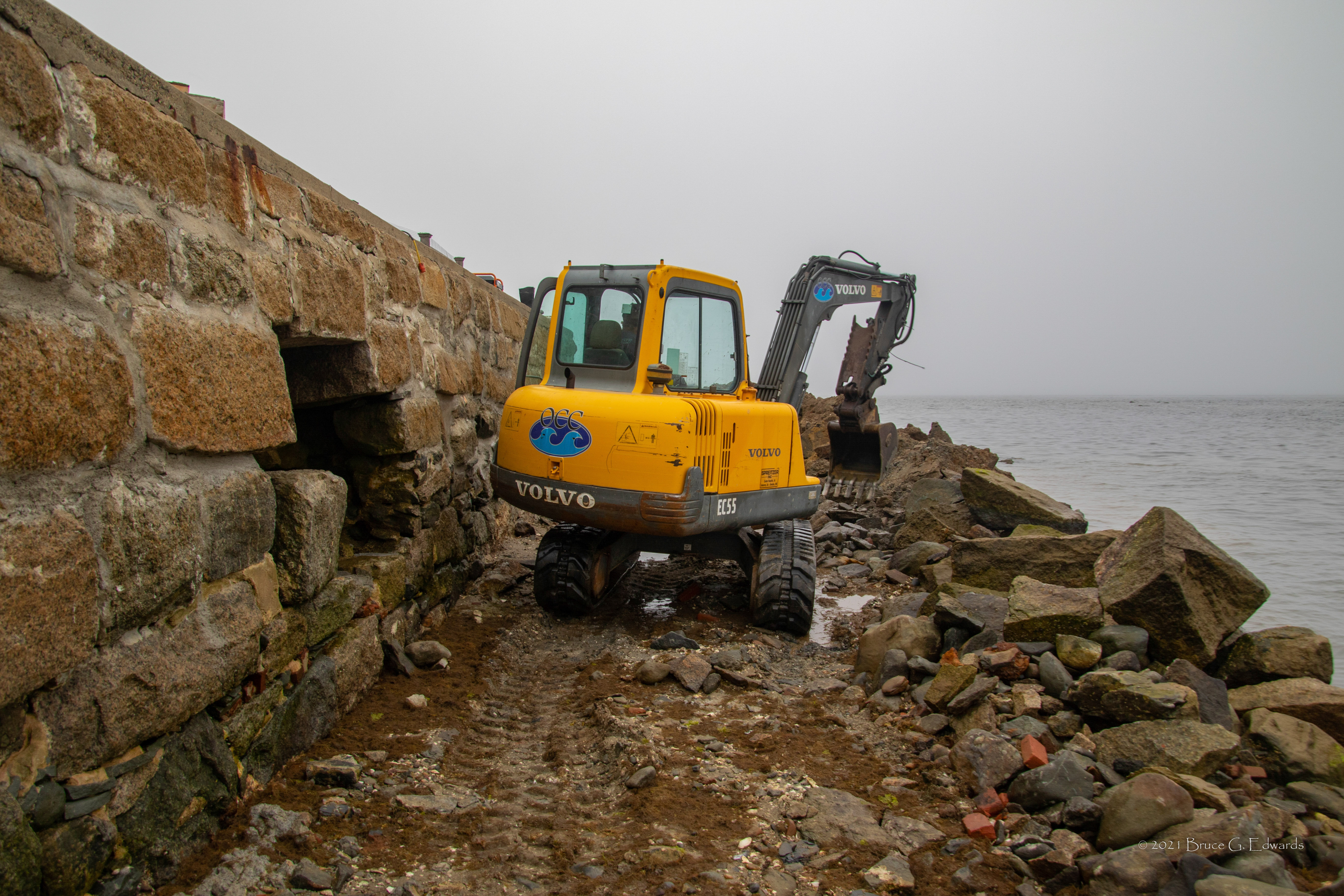 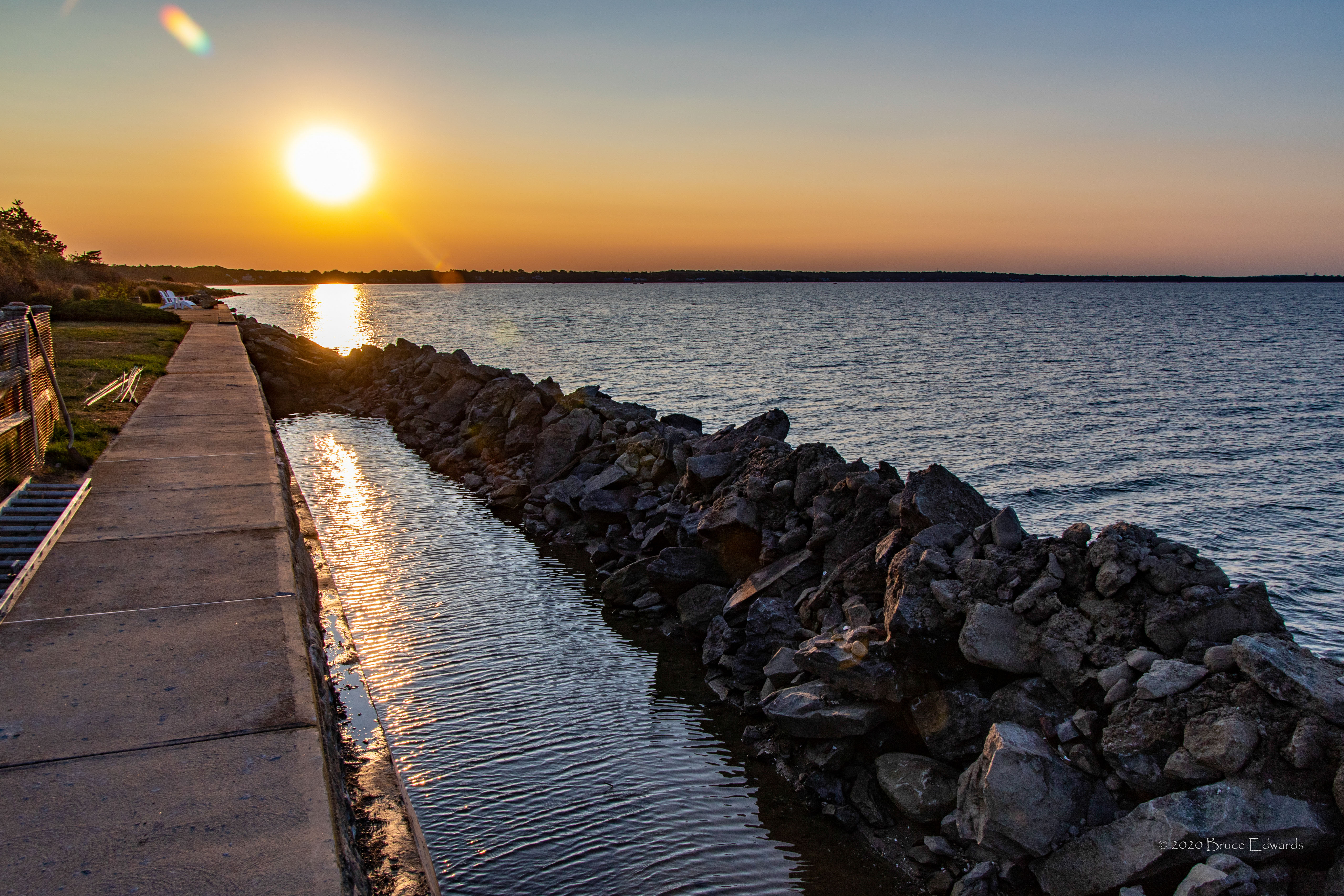 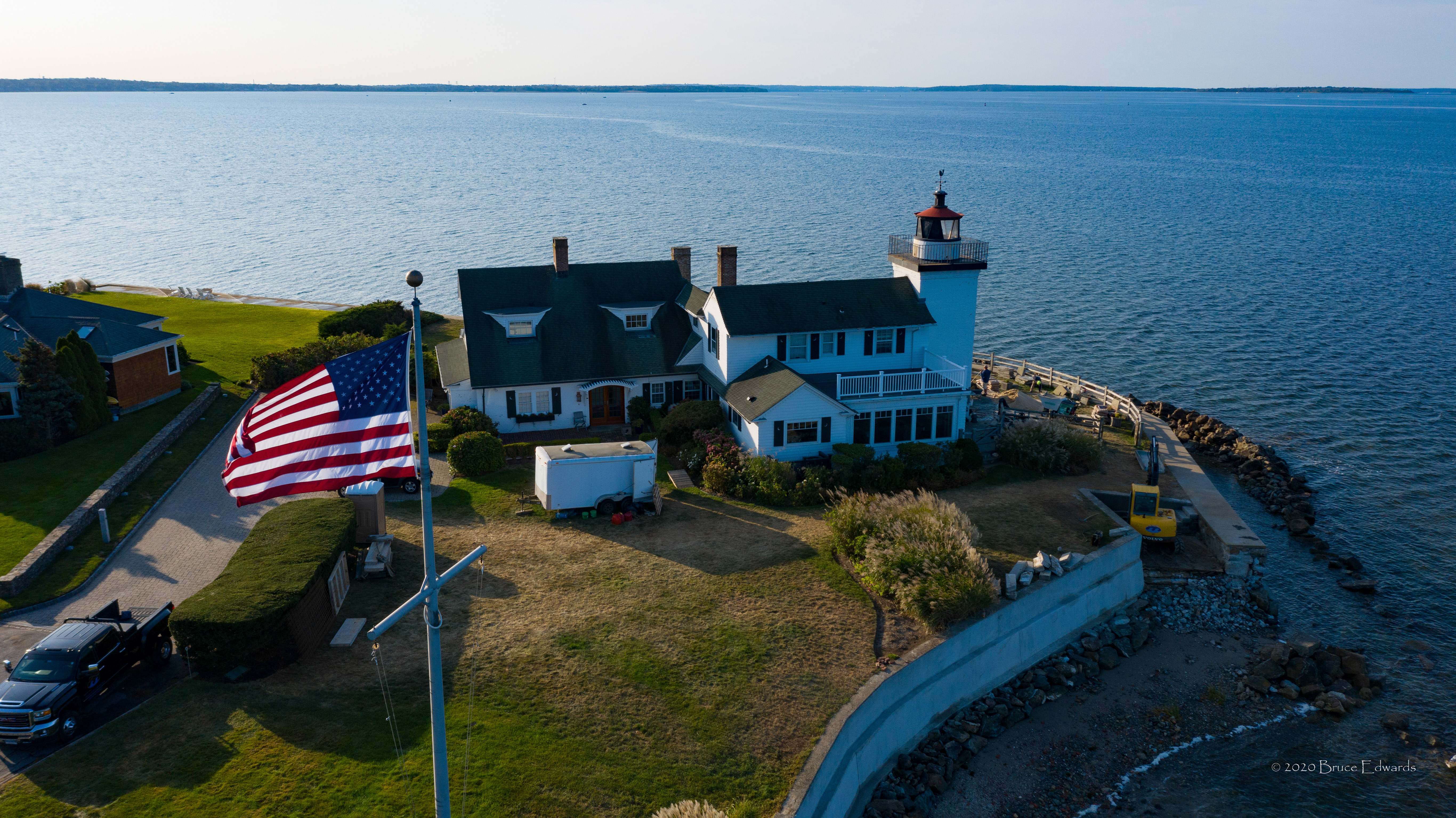 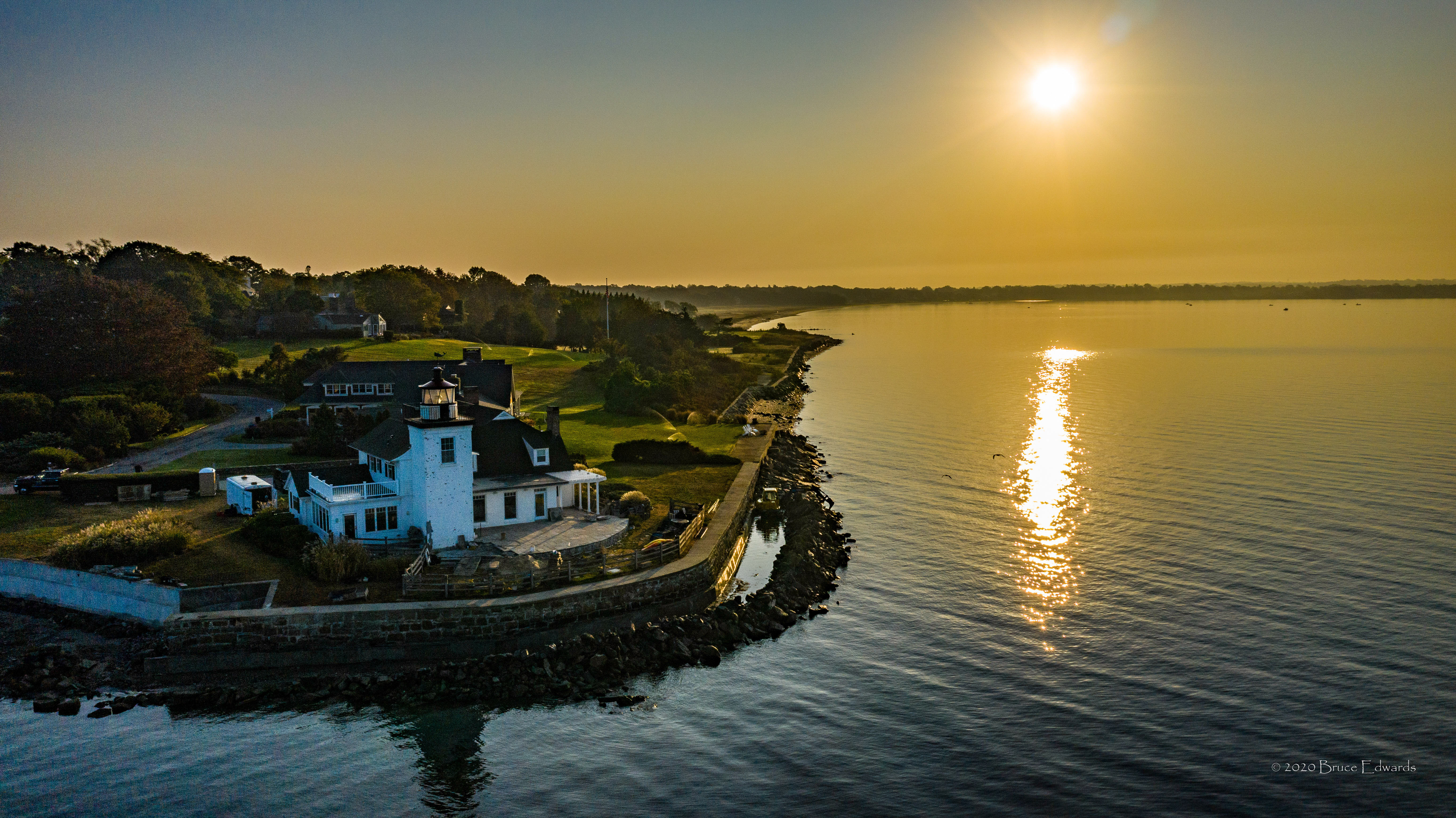 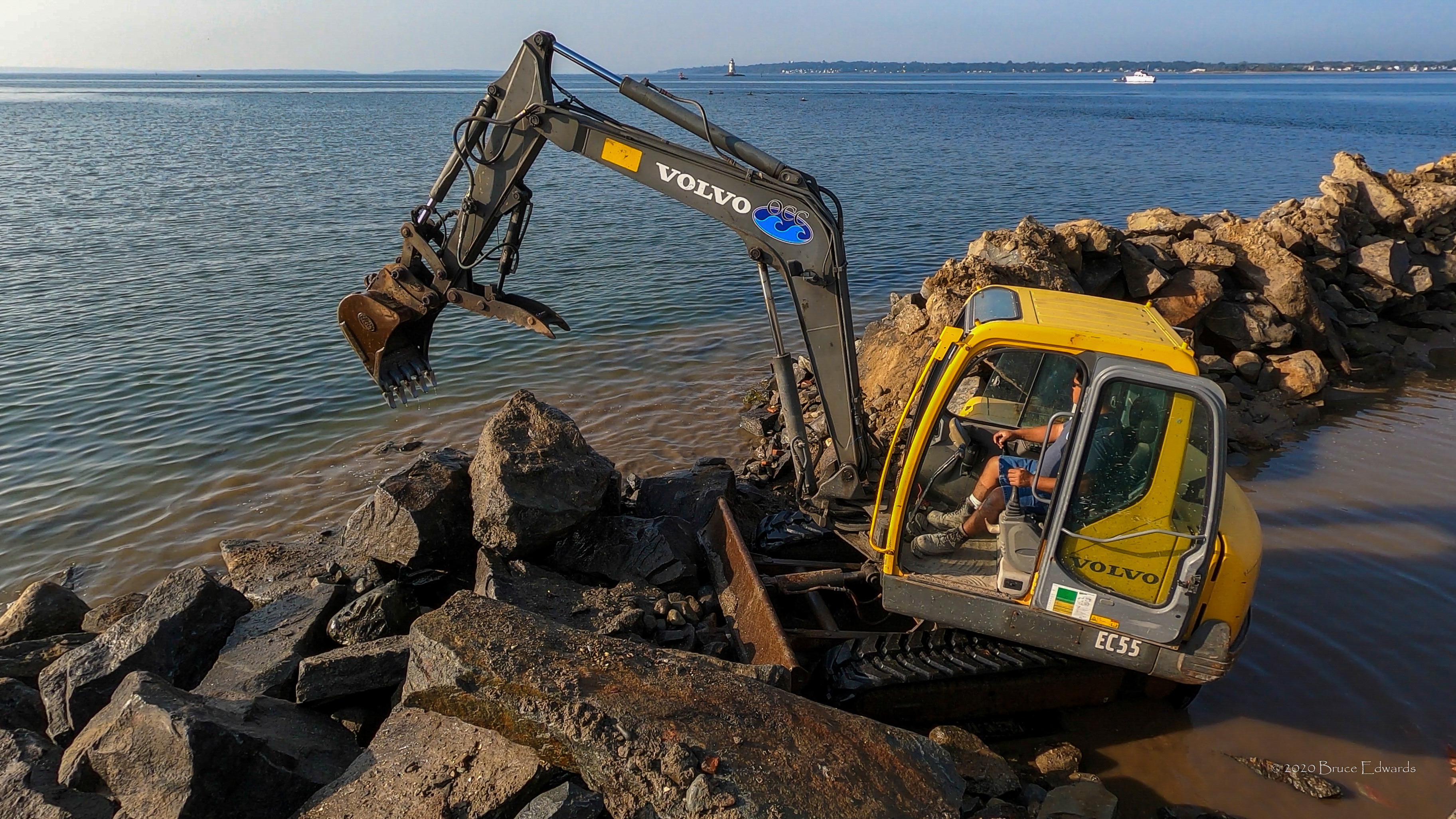 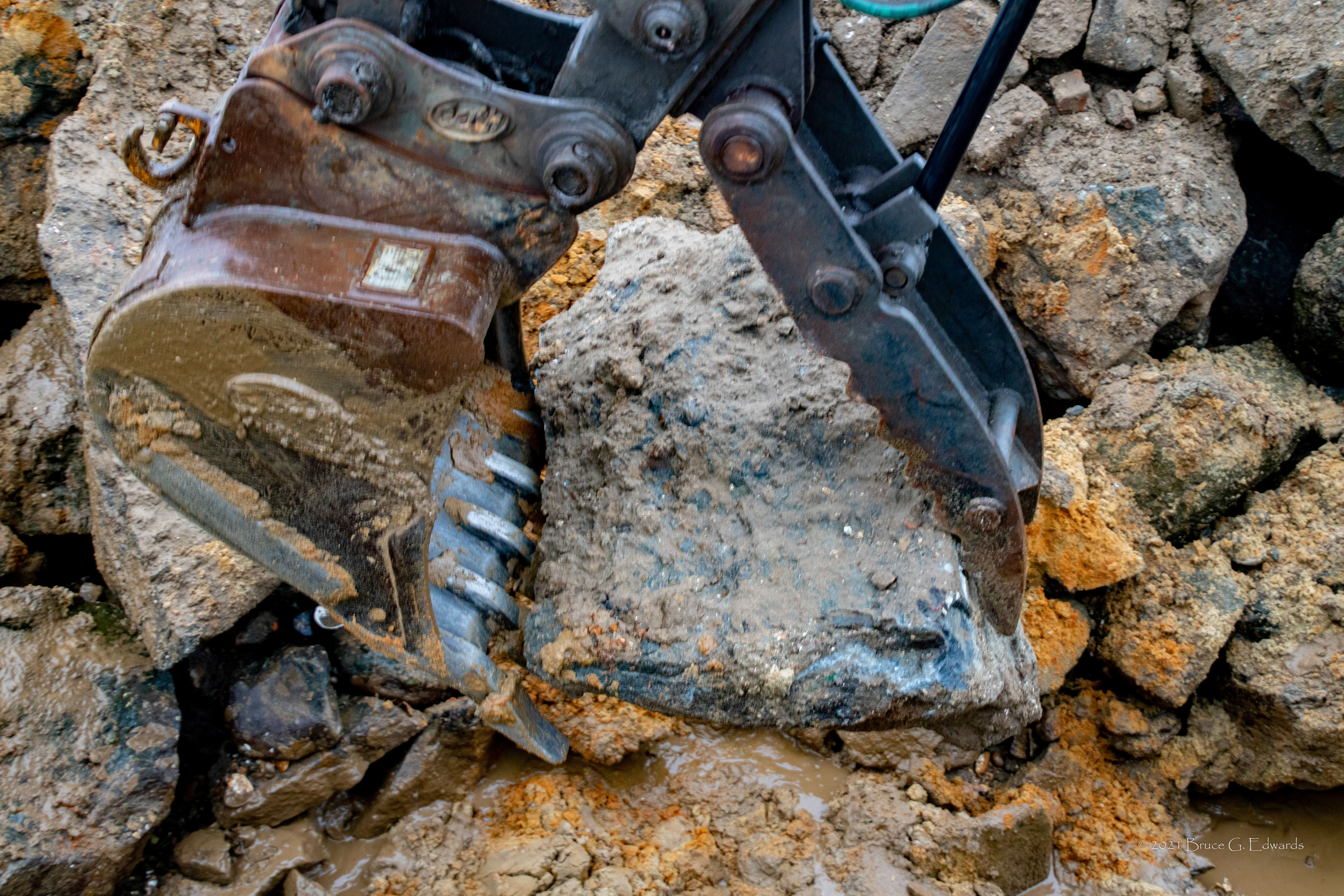 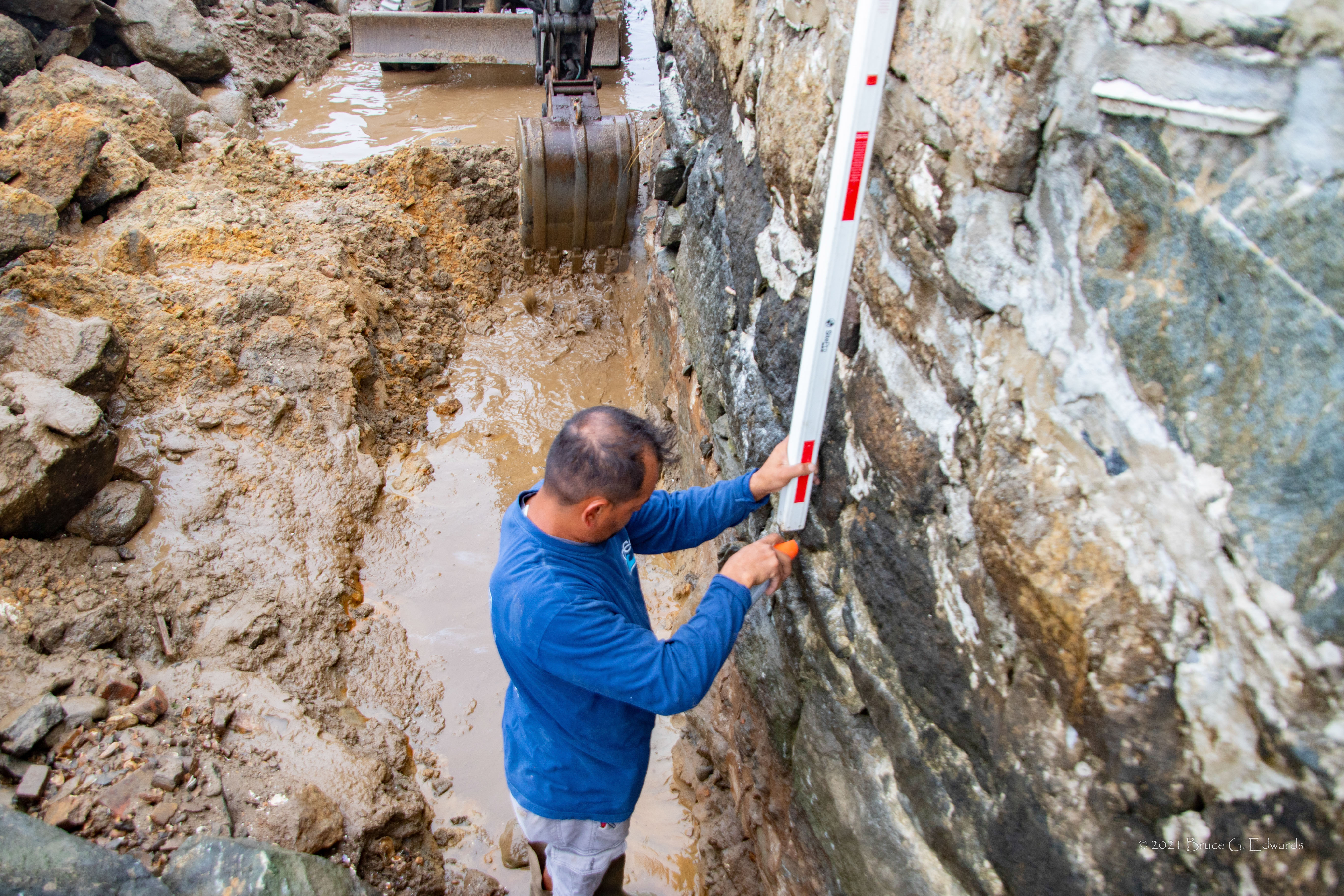 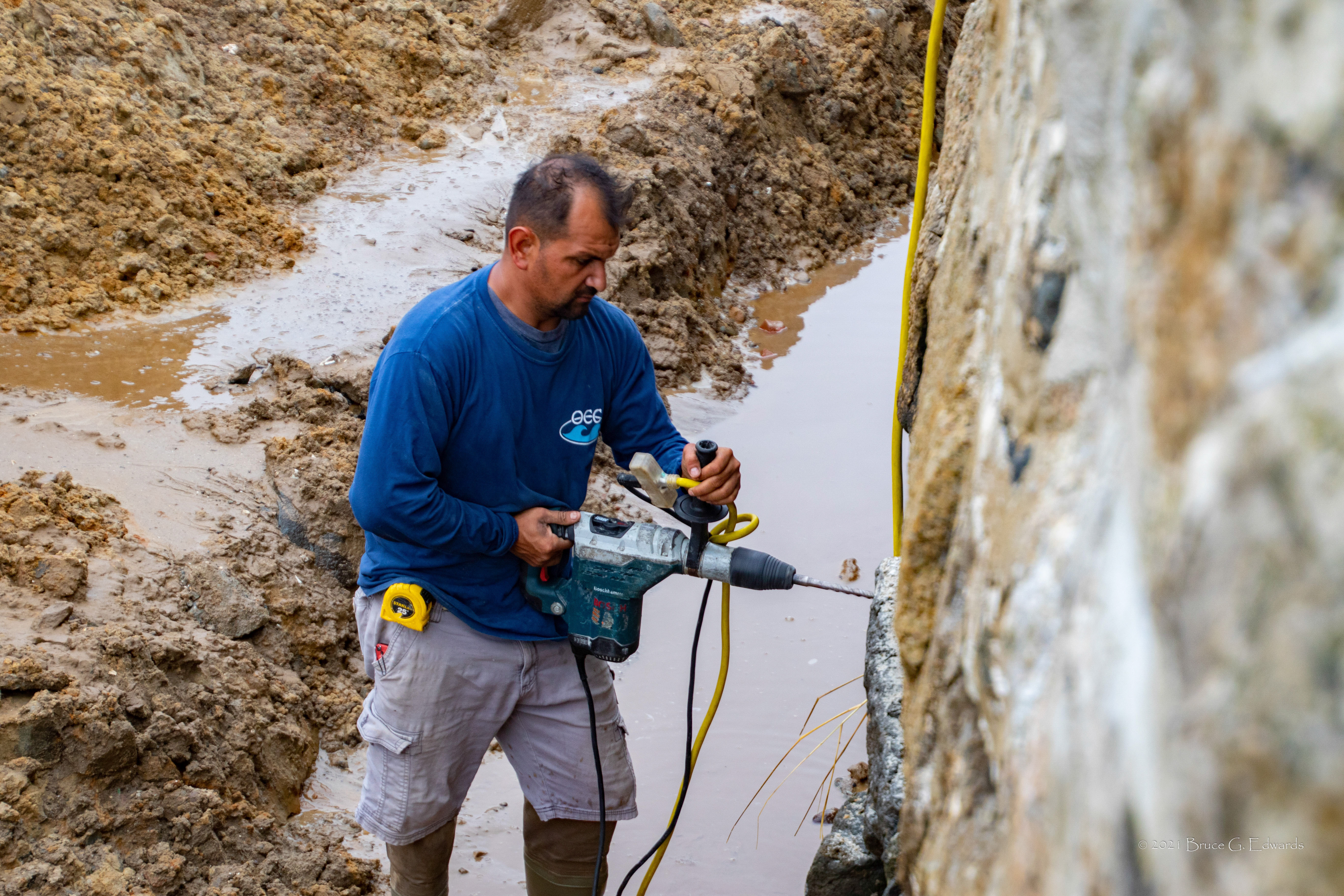 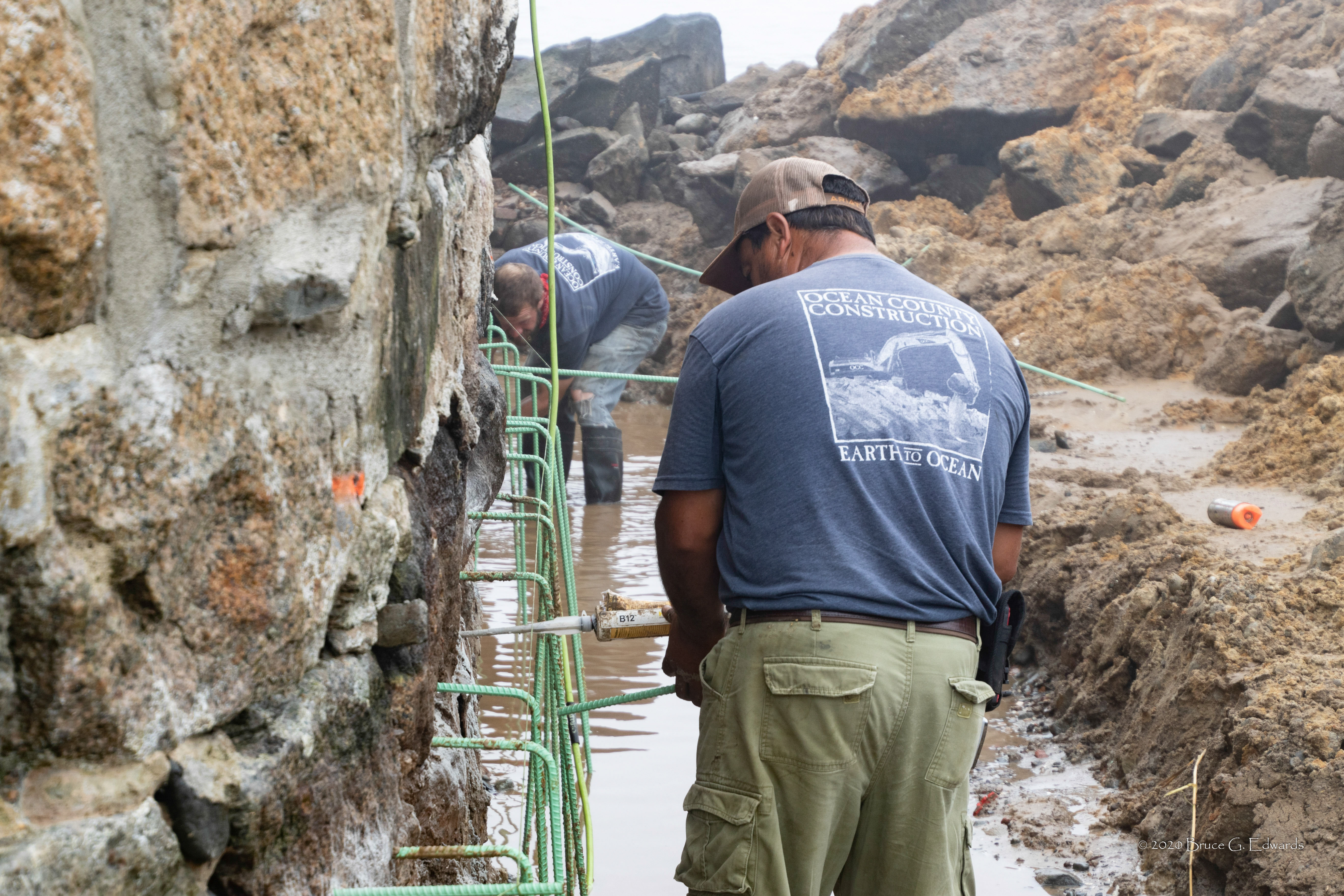 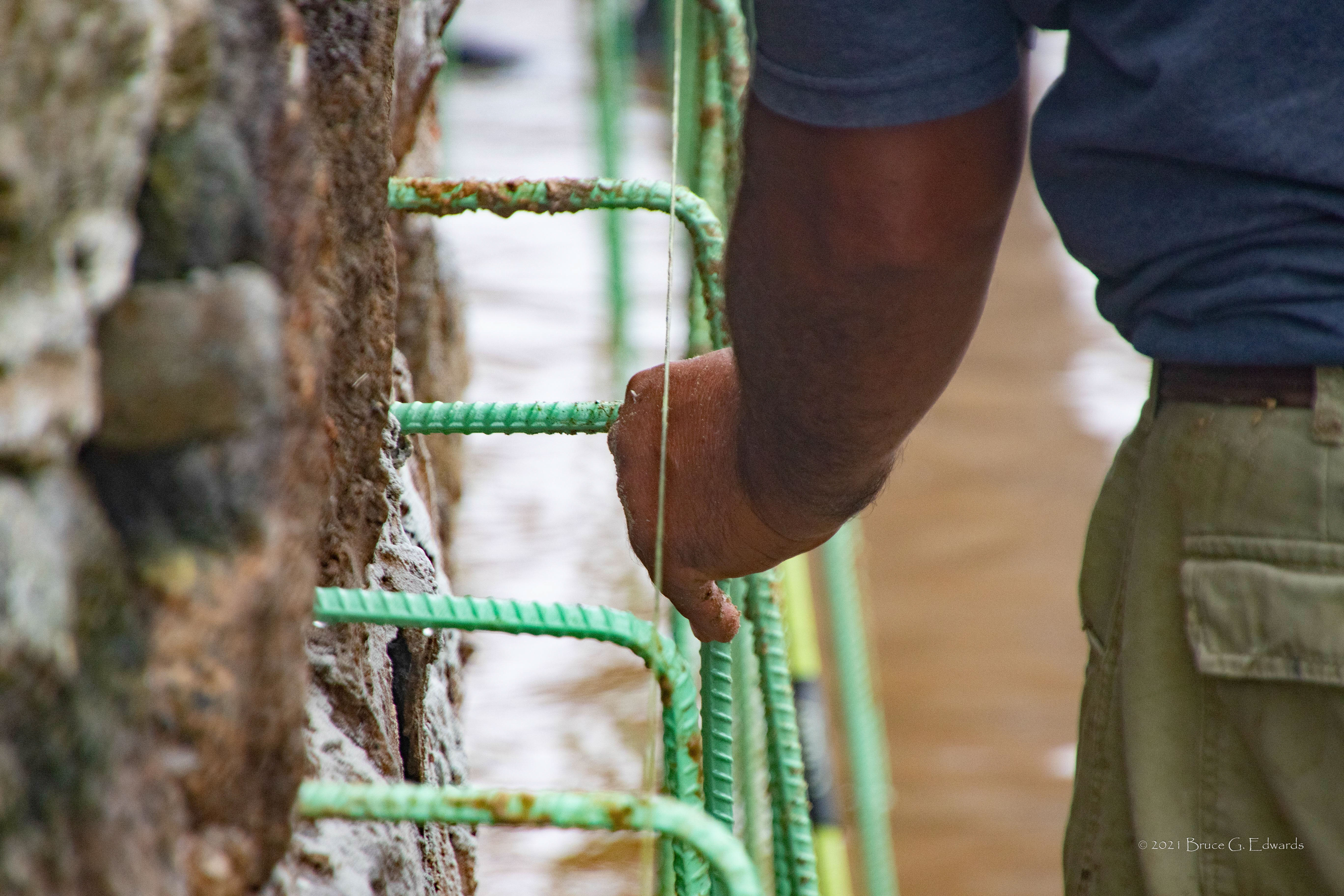 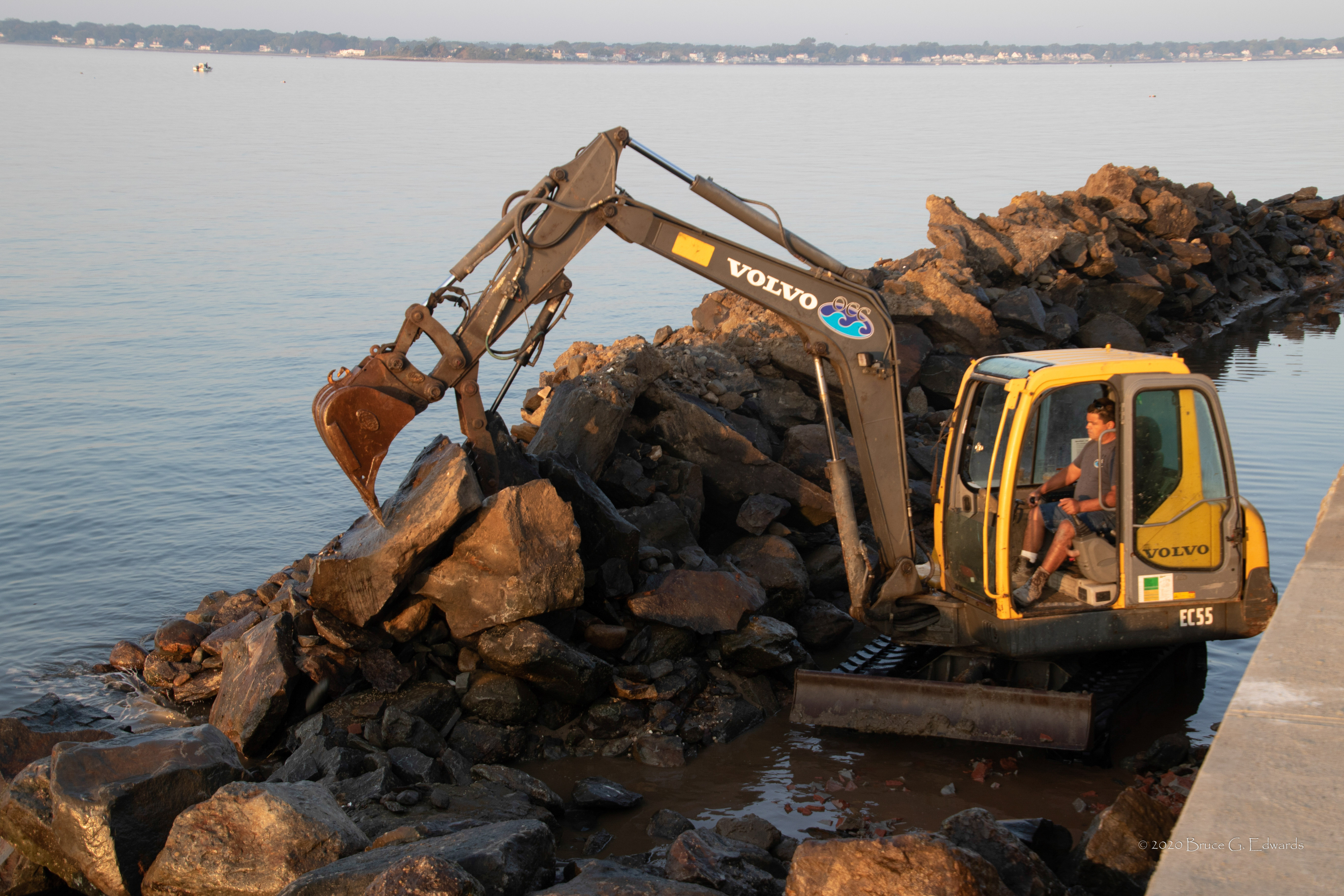 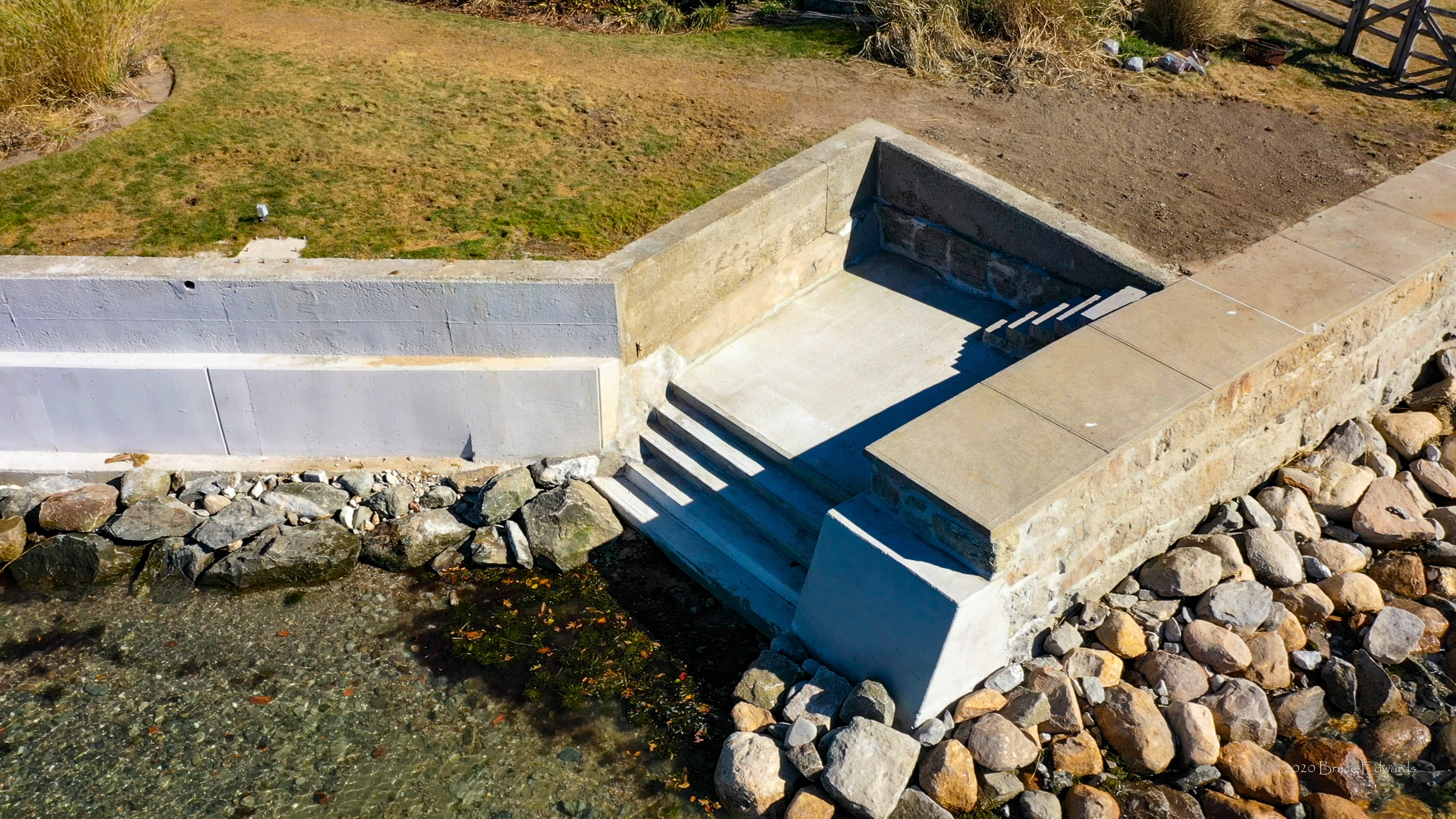 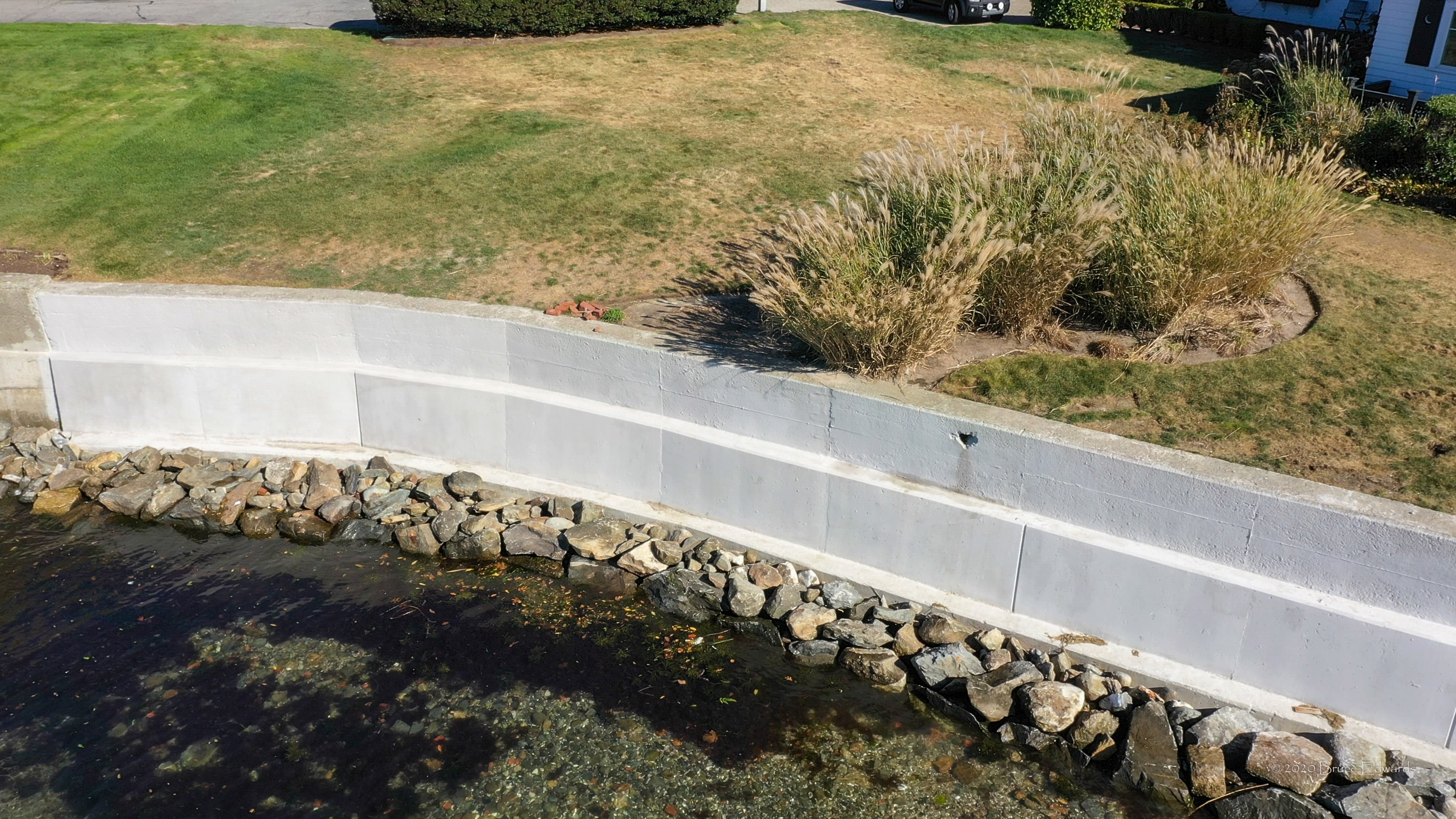 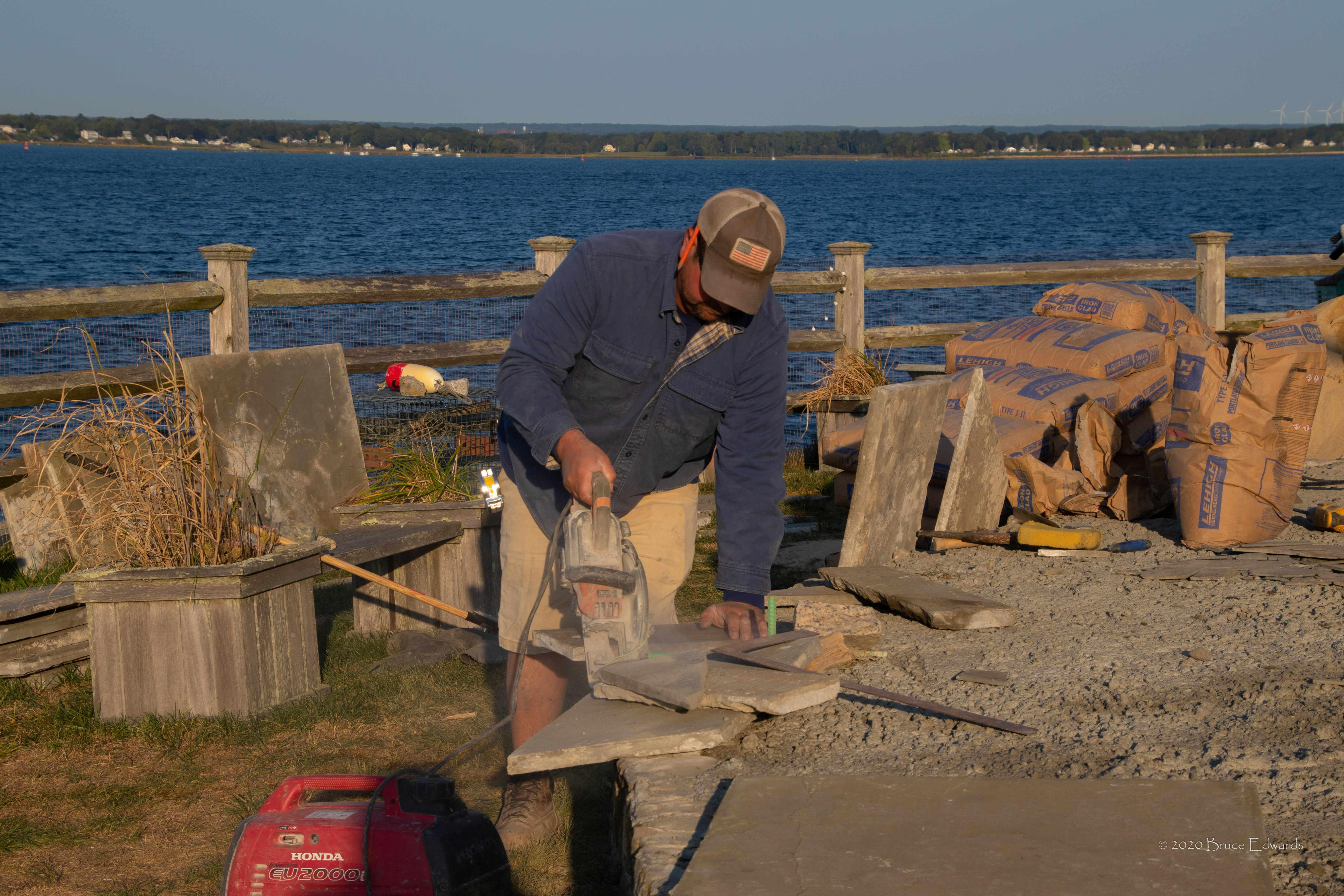 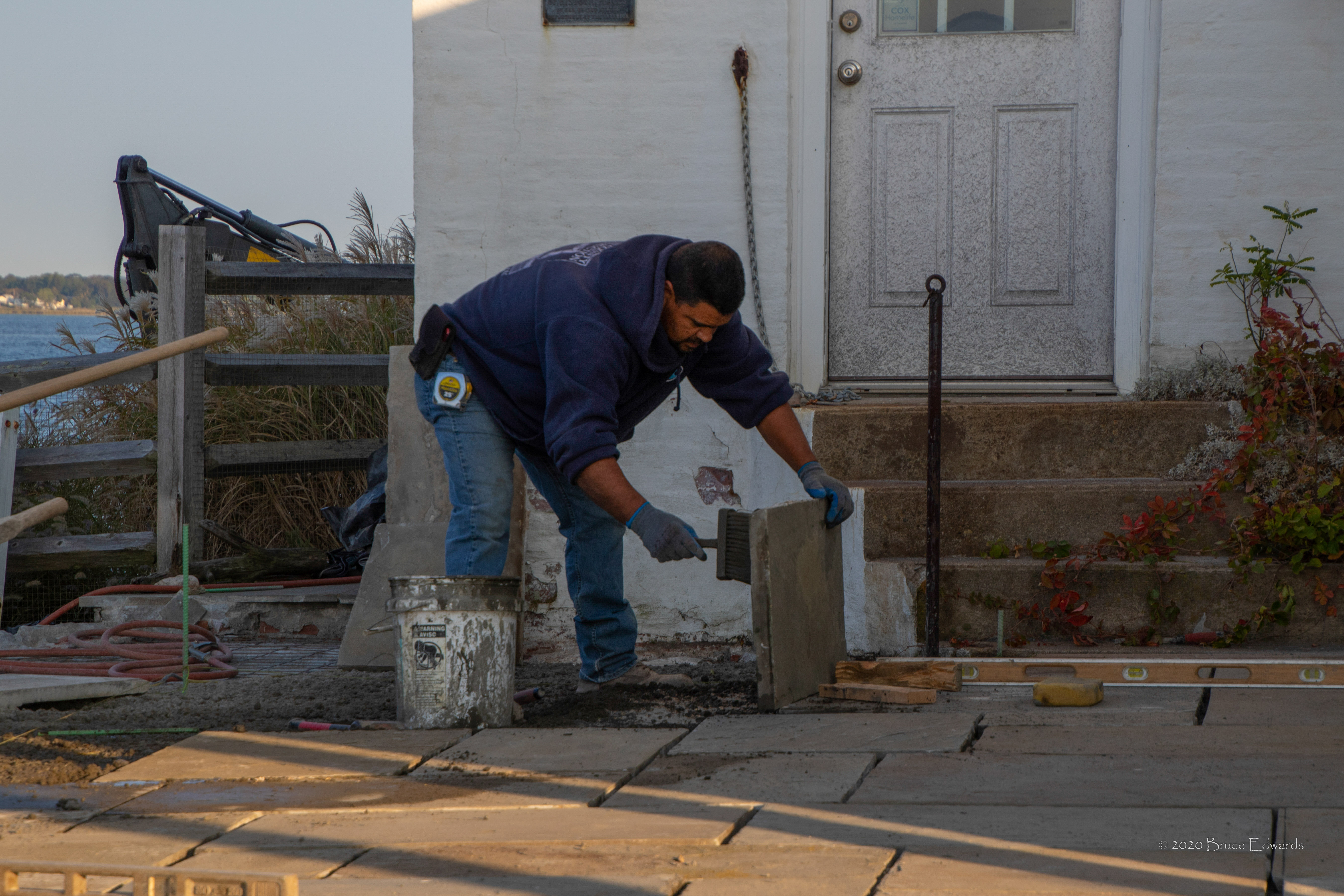 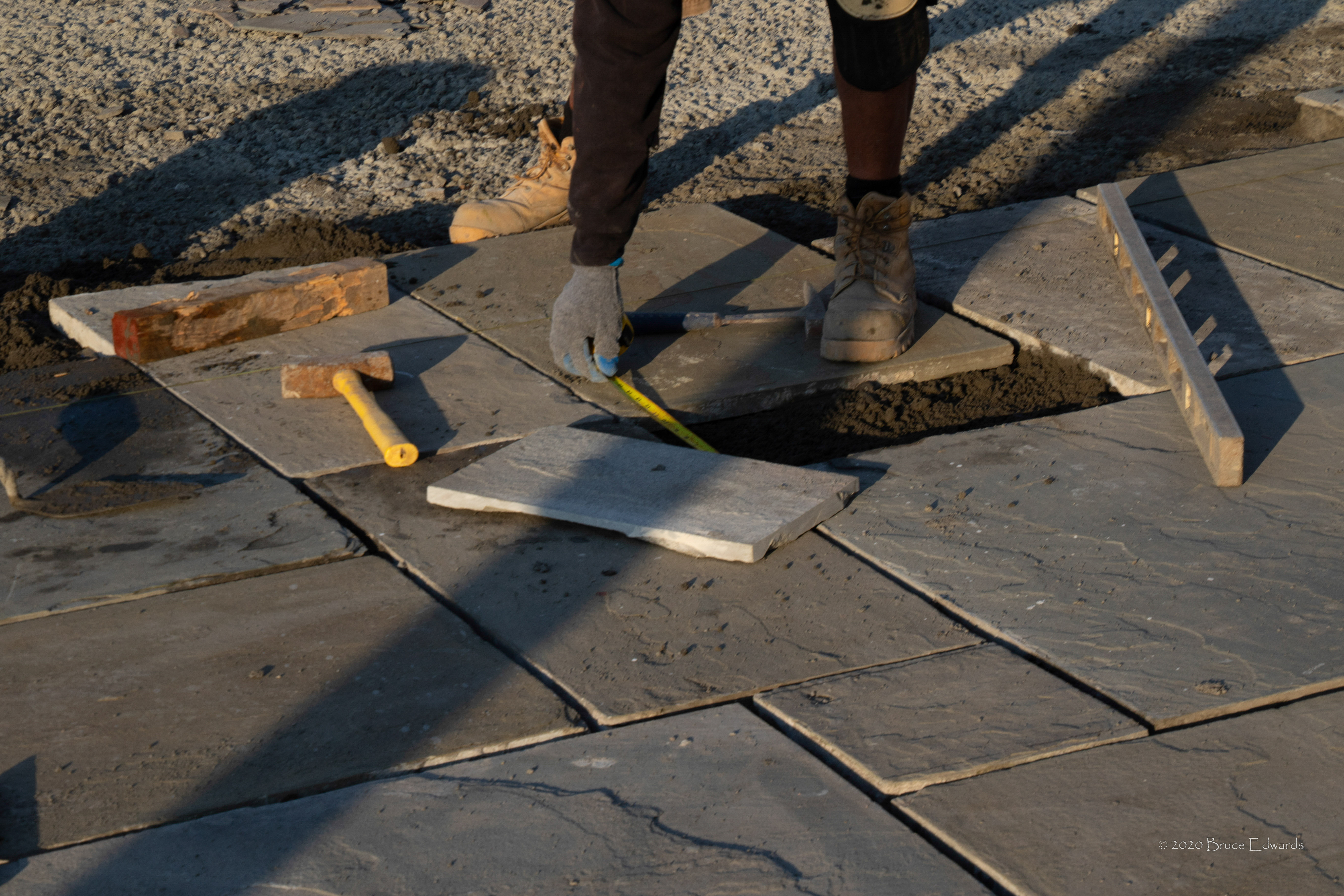 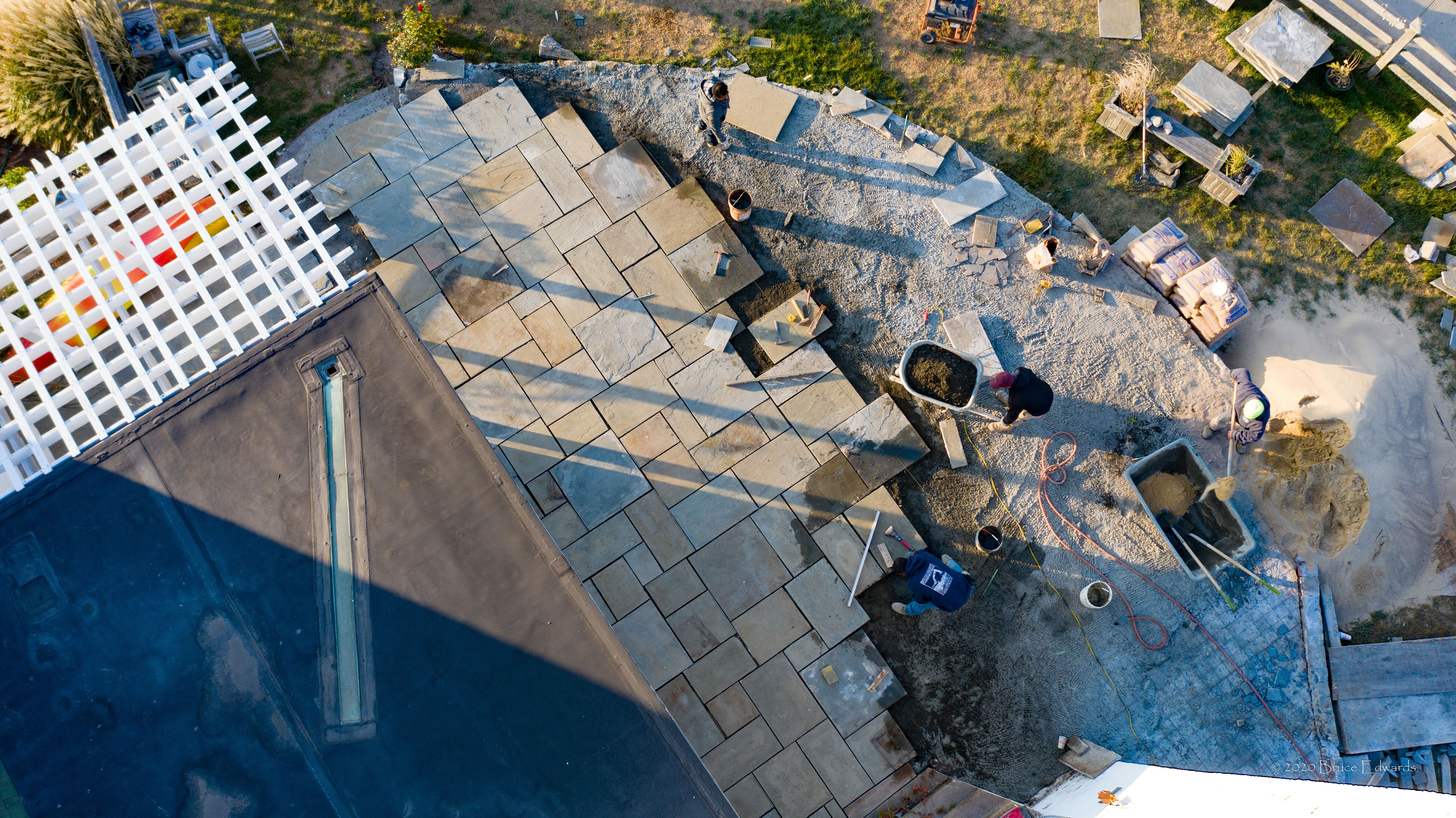 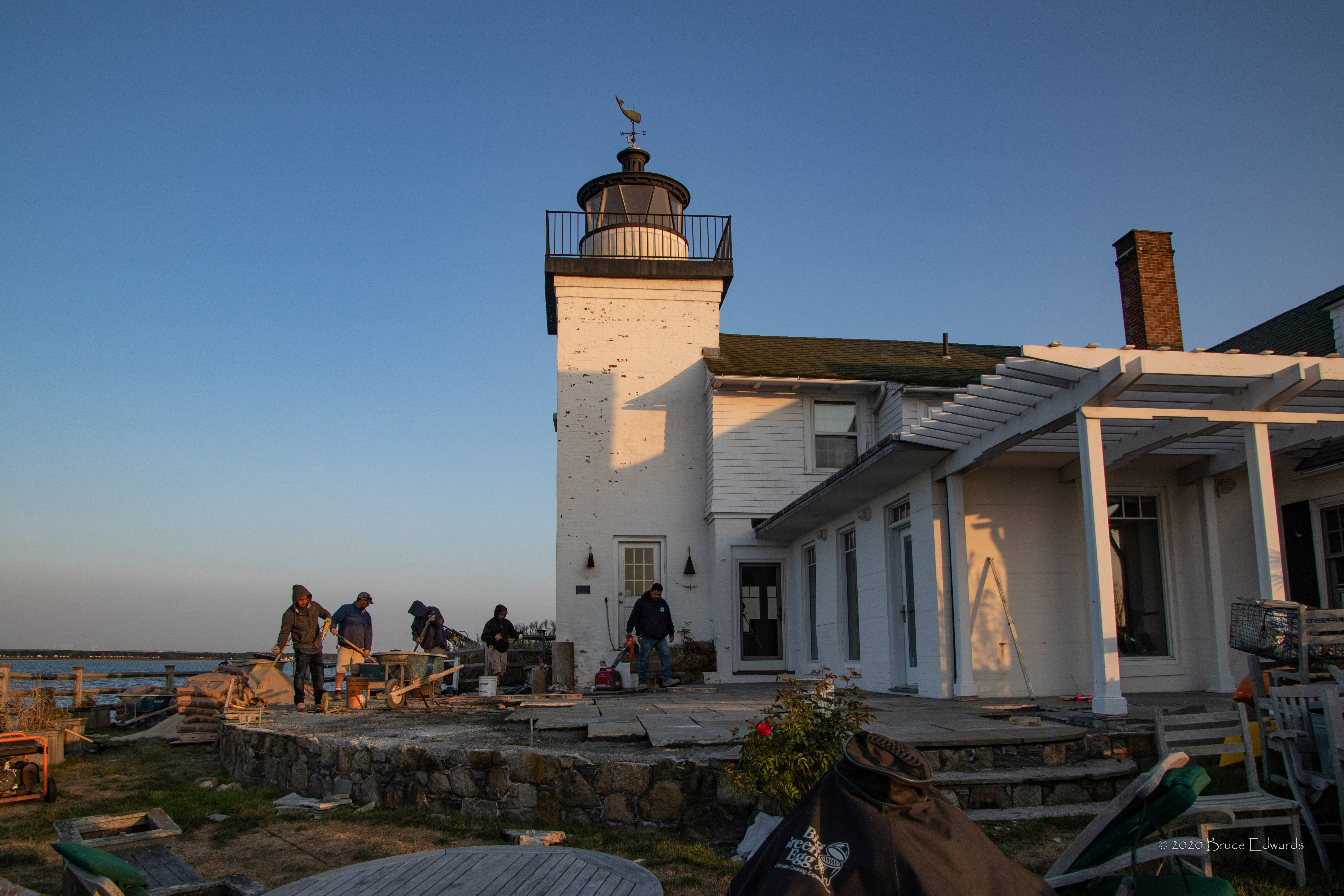 This is an Ocean County Construction Renovation and Repair of a seawall that was originally built to protect a lighthouse. The original seawall failed and the original lighthouse collapsed. A new seawall was built in advance of the Lighthouse built in 1856. Both the seawall and the lighthouse of 1856 still stand today. The  lighthouse is non-functional and is used as a private residence. The Seawall has been repaired a number of times over many years and, eventually, a stone revetment was added to protect the seawall by diffusing the impact and battering from constant and sometimes storm severe, seaborne wave action.

It is well known that coastal properties can be quite favored while, at the same time, face substantial vulnerability from storm and erosion. However, the location at Nayatt Point was chosen, not for it’s stunning vistas but, for its proximity to dangerous shoals on the nautical approach to the Providence River and harbor. From the early 1600’s, shipping was a vital source of commerce for the fast growing city of Providence, Rhode Island. By1828, it was deemed necessary to build a lighthouse to guide ships through the narrow passage between Nayatt Point on the east and Conimicut Point on the west, at the head end of Narragansett bay.

Built by the lowest bidder, the original lighthouse and seawall soon revealed an incapacity to face the challenges put forth by the forces of shoreline weather and water. In 1855, a winter storm dealt the final destructive blow to both the seawall and the lighthouse. The severe damage was cause for both to be replaced with completely new structures in 1856. With superior construction, the Nayatt Point Lighthouse and granite seawall still stand today but, not without help.

Although the new Nayatt Point light performed well, by 1868,another lighthouse was built in a more effective location, just off of Conimicut Point, directly adjacent to the shipping channel. The Nayatt Point lighthouse property was eventually sold and became a private residence.

In all of its spectacular beauty, the sea is friendly, until it is not. In fact, even in the calm, the sea actually works to destroy waterfront property. Shoreline erosion, in a most subtle way, is a constant.  A beachcomber’s treasure find of sea glass, is a perfect sample of the relentless, destructive, energy the sea imposes: A bottle battered and broken, worn down to a fraction of it’s original self.  In the same way, the combination of daily erosion and storm damage can destroy a seawall, even a stout granite wall, and present extreme danger to the waterfront property.  In the historical images above, we can see the missing stones in the wall. The base erodes, even stones that weigh tons are moved, and the wall will eventually collapse unless repair is accomplished.

The design and construction of a sea barrier is paramount to longevity and effectiveness. Equally important, is the maintenance and rebuilding of these protective structures. There are 21st century materials and techniques that are supe3rrior to those of the 19th and, even, the 20th century. The best built seawall will last decades but, it will not last forever. For optimum protection, one must face the sea with a barrier of intense strength and resilience, and one that is built with skill and experience.