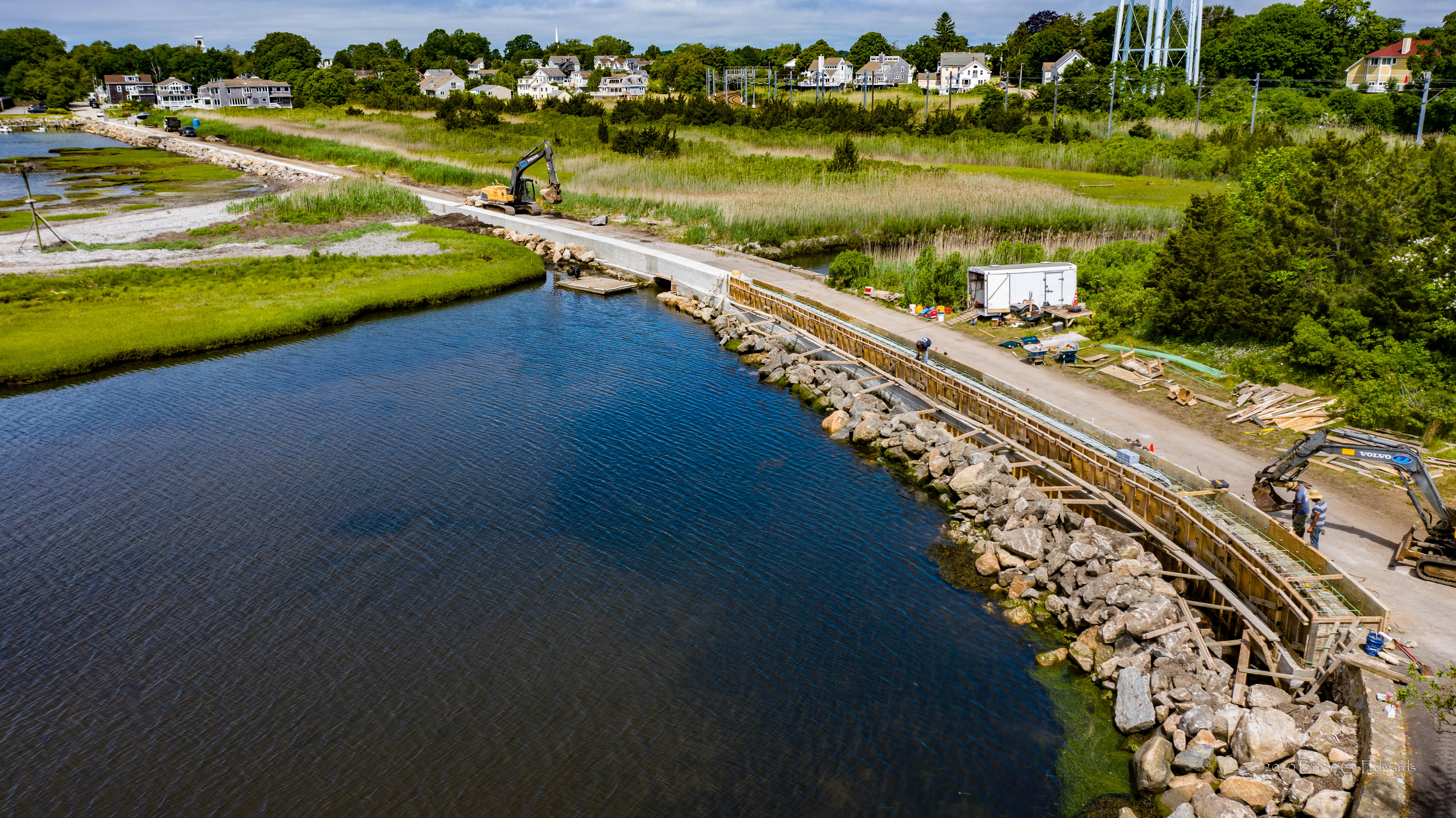 At first consideration, the idea of rebuilding an 1100 foot seawall might seem simple. but then think of it this way: Imagine a piece of wood with dimensions of 1/2" x 1/2" x 60" long. Lay it on a bed of fine powdery sand. Then splash water against the side. Eventually, the sand will wash away ant the wood will sag. Make that wood out of pebbles glued together and it will surely break apart.

Now the dilemma, rip out and rebuild? What about cost? OCC used an OCC proven technique that resolves this, and the problem of overflow and storm protection. After setting back the revetment stones and creating a temporary revetment that protected the work area, OCC built an epoxy coated steel cage, which included additional area for an all new foundation wall, and wrapped the existing wall. This process ultimately added a significant 1' height increase and a 1' increase in width. Additionally, electrical and communication conduit lines were embedded into the concrete within the cage. The deep rooted foundation wall extended an additional foot. Once poured and finished, the Salt Acre Causeway was enjoying a secure, storm worth, safe passage to and from the Borough. 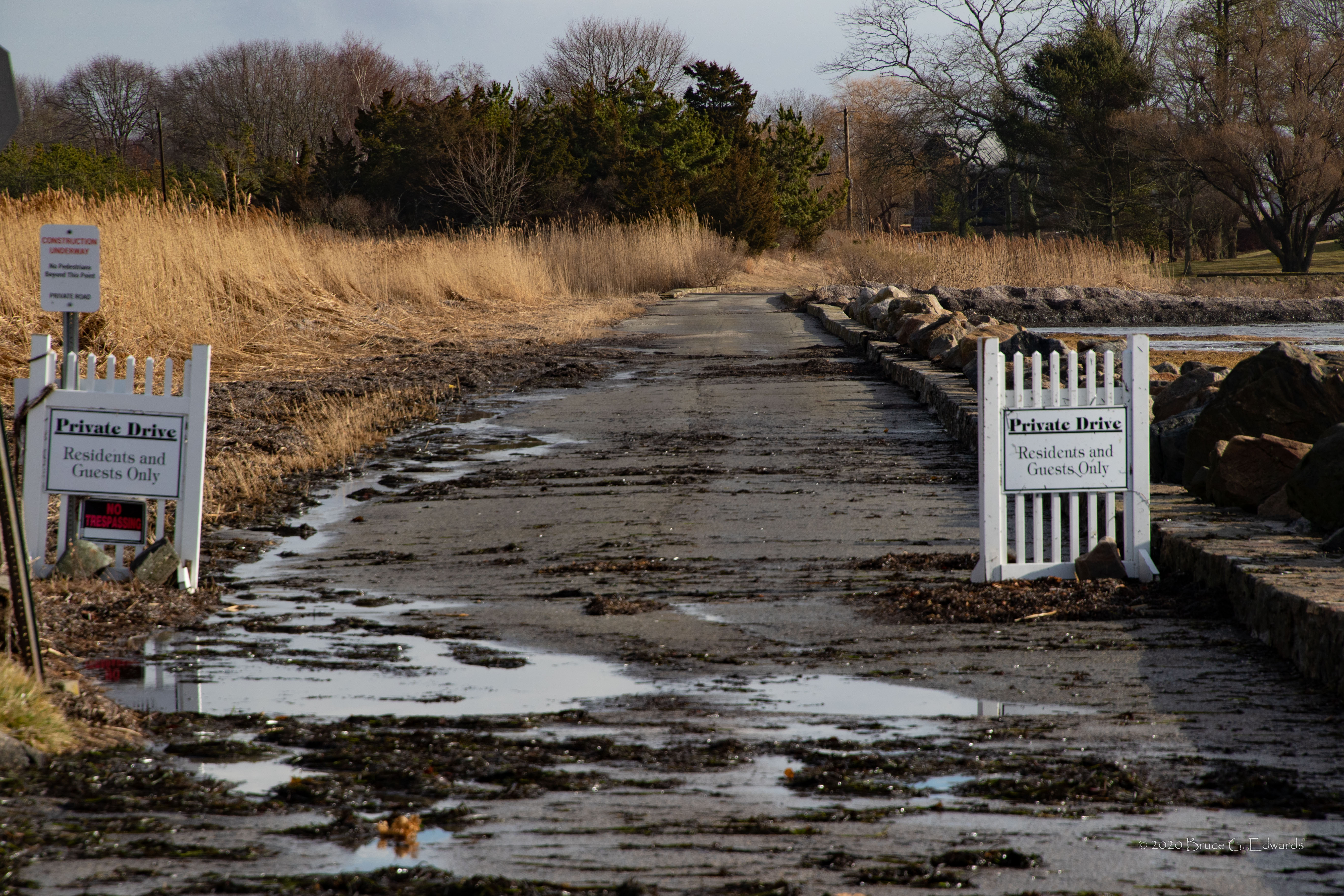 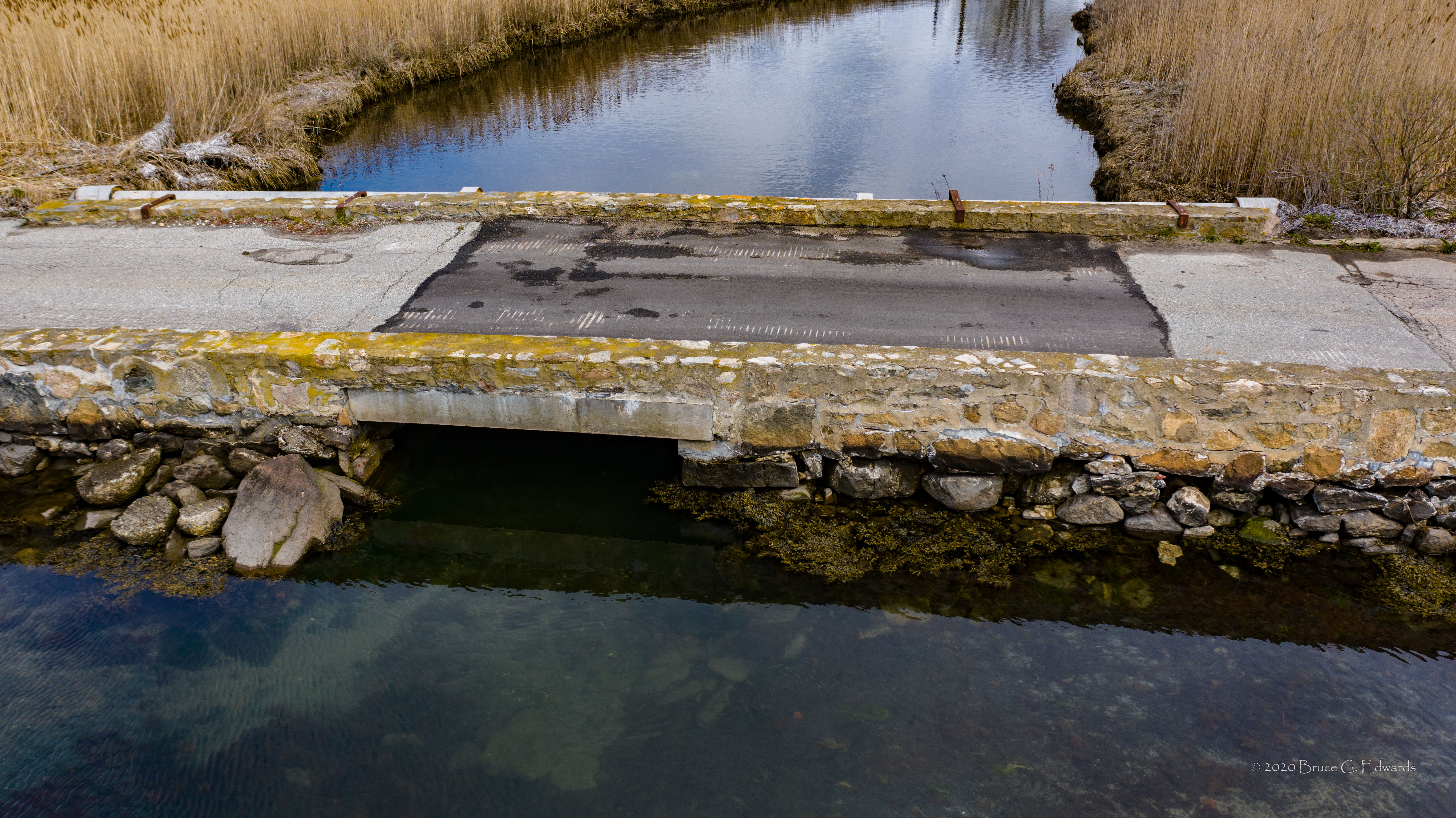 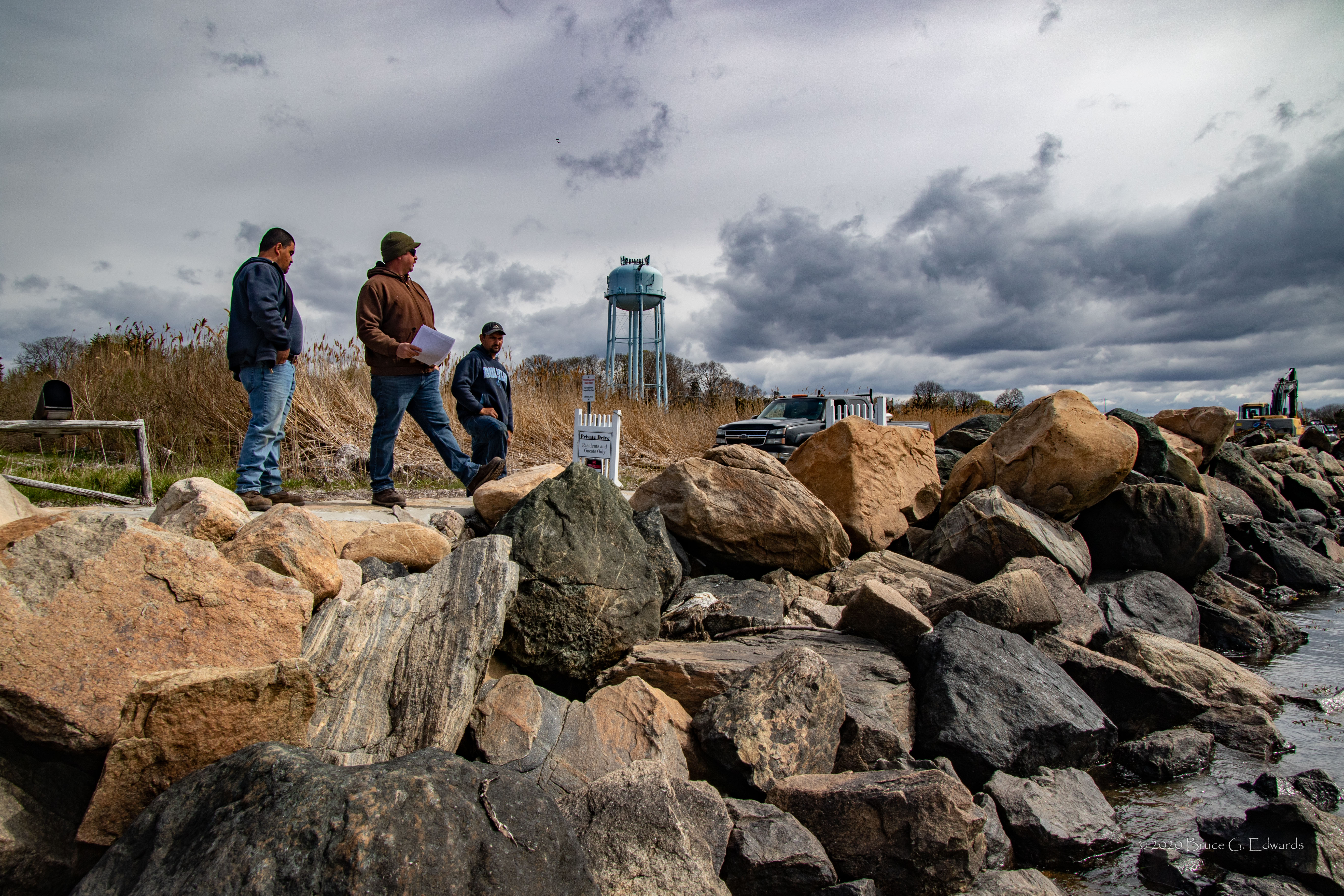 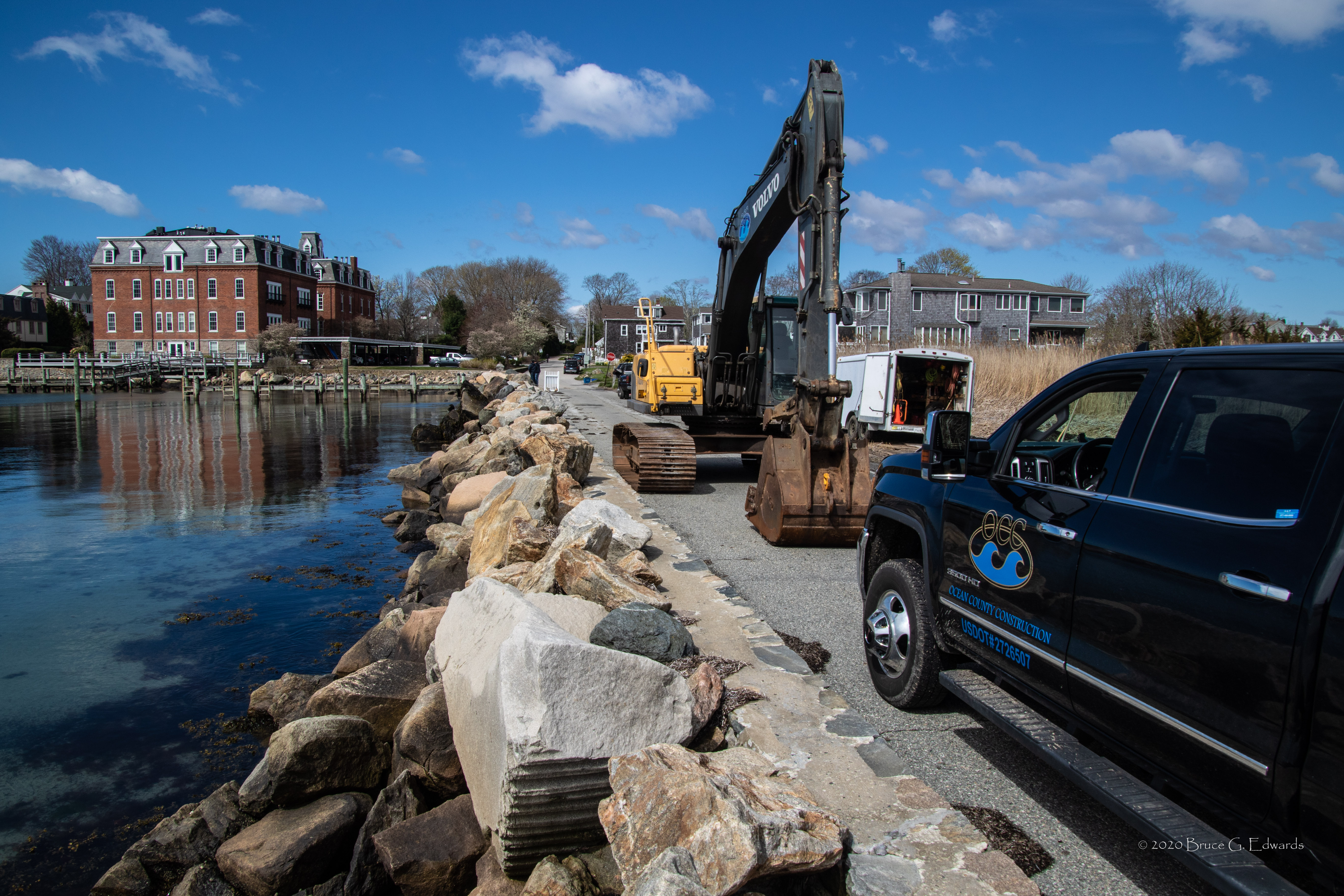 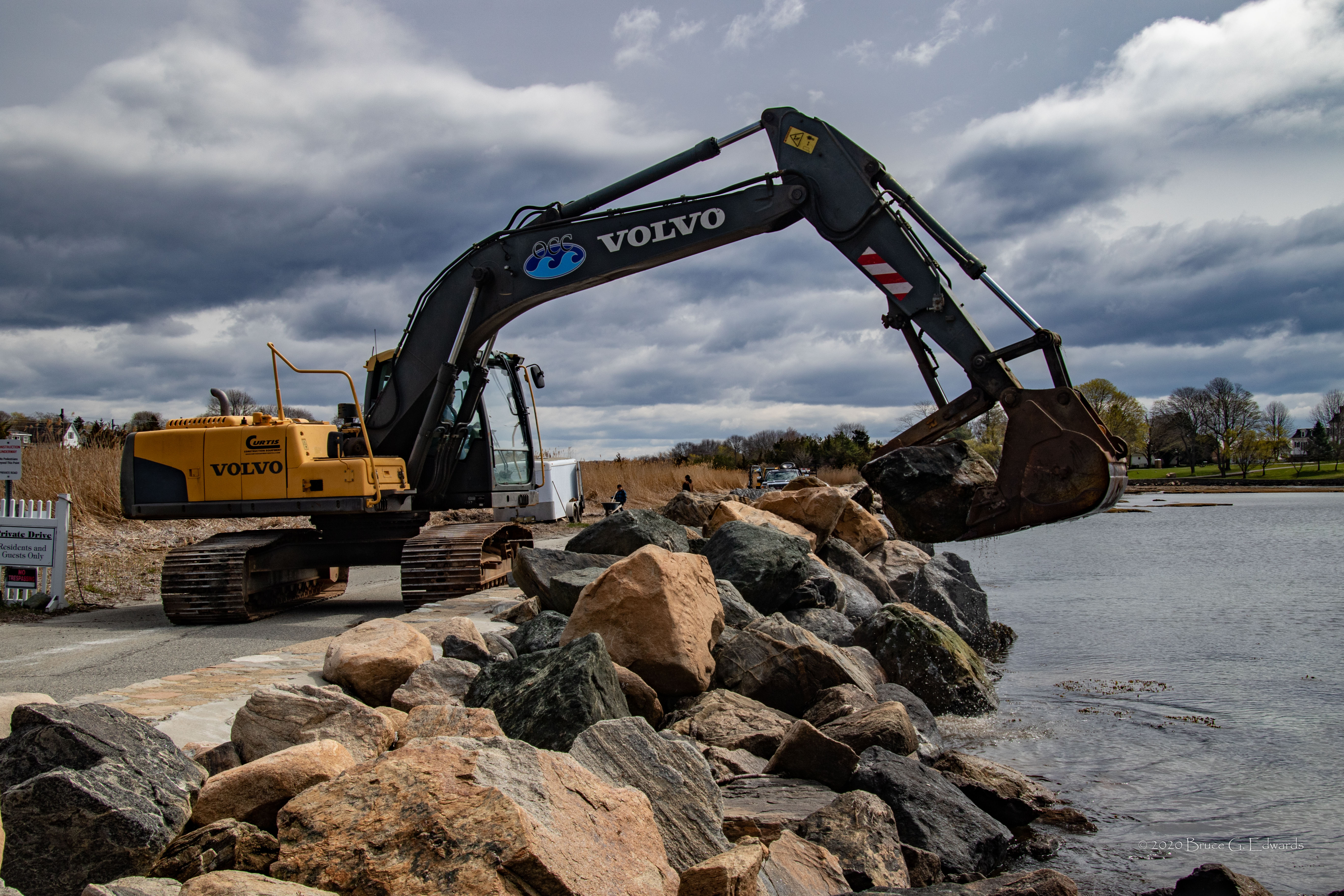 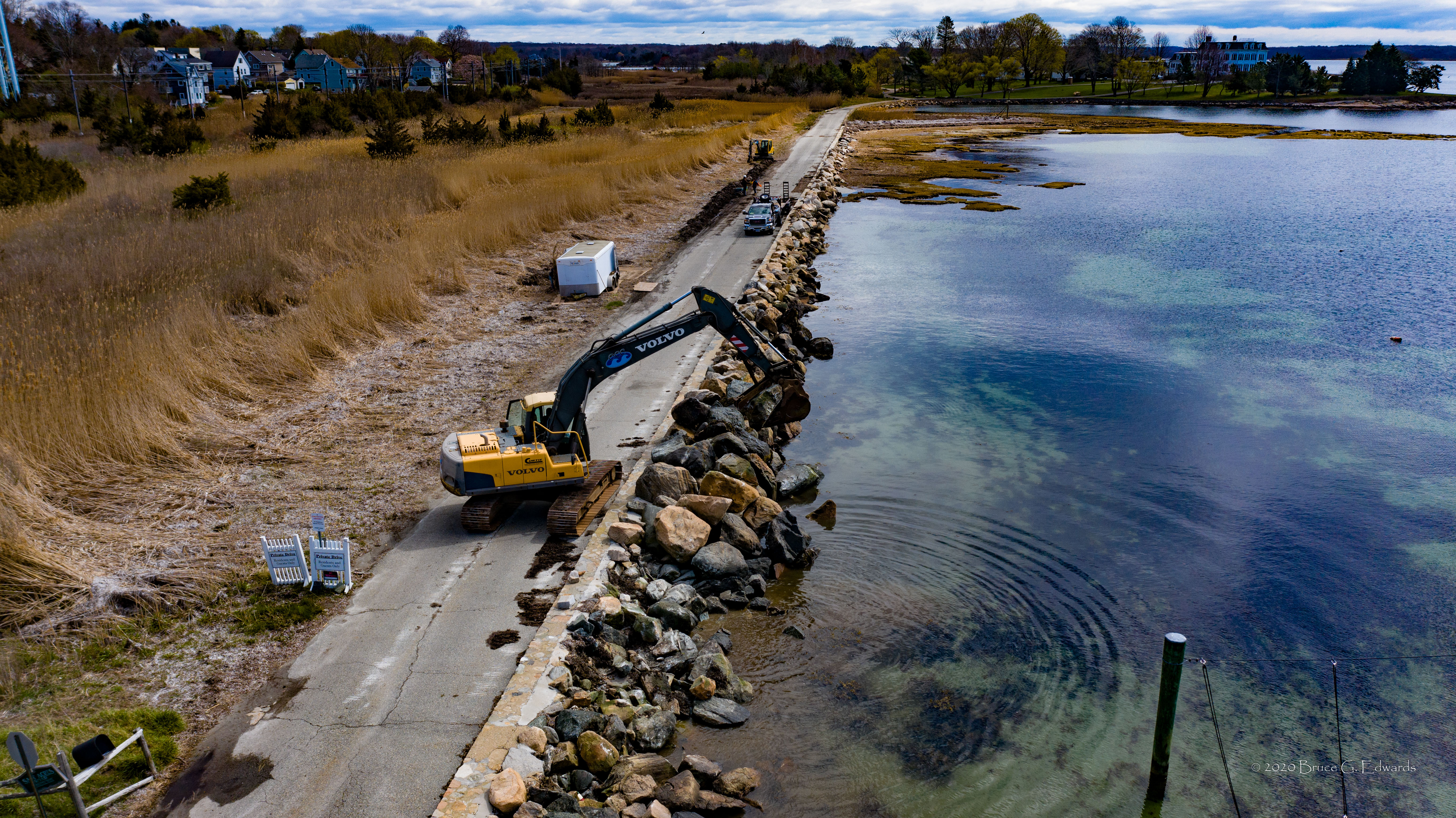 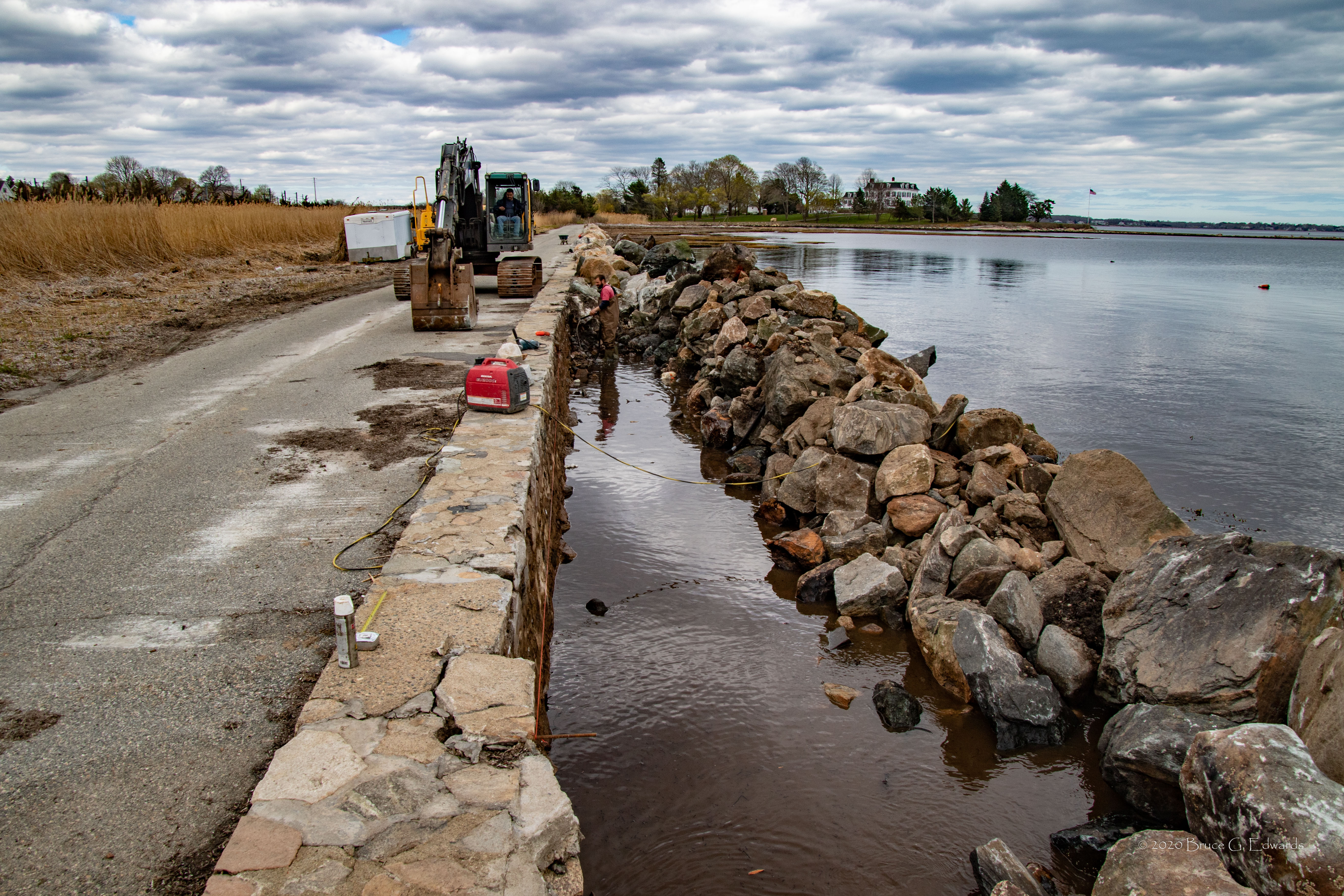 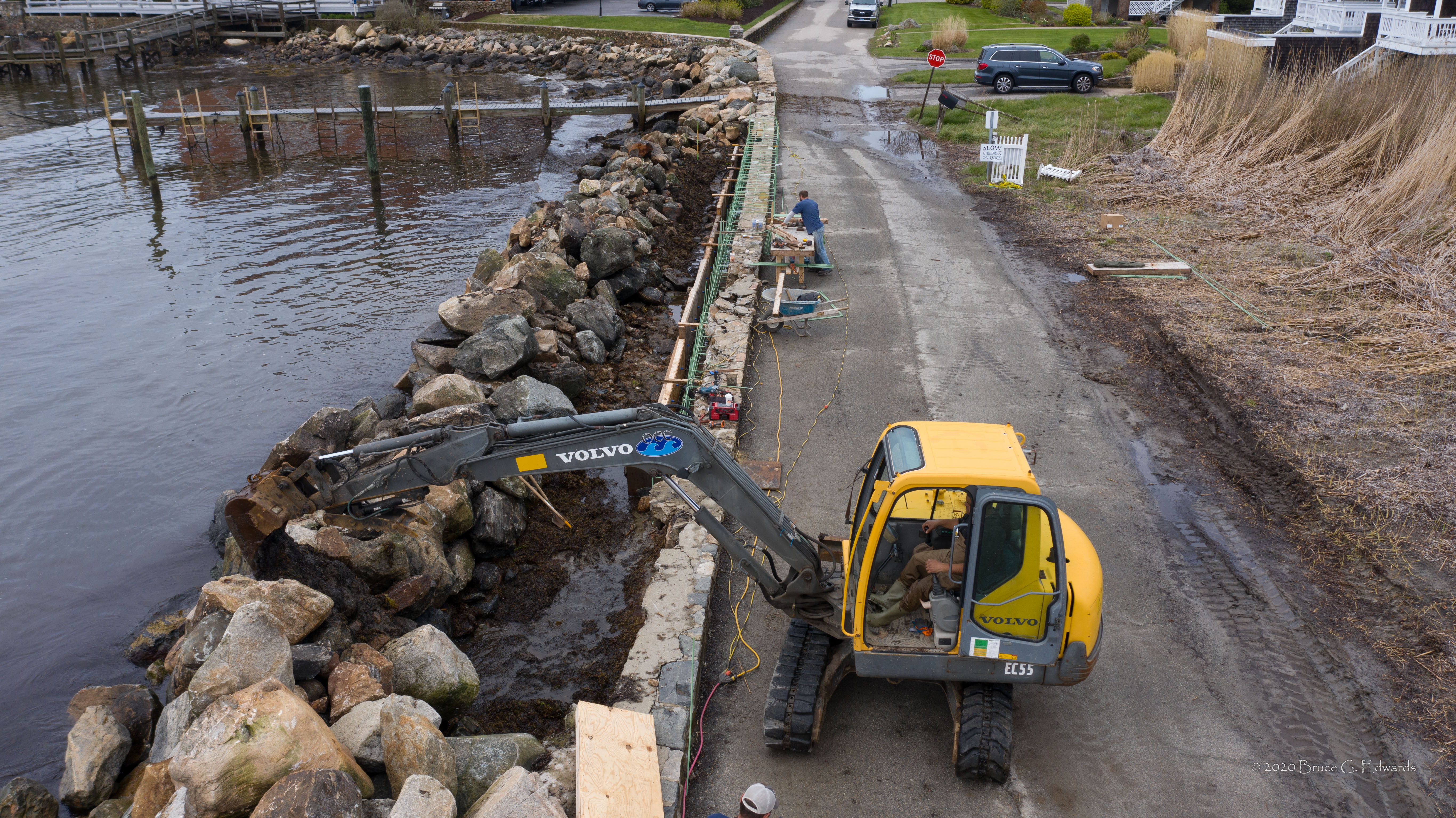 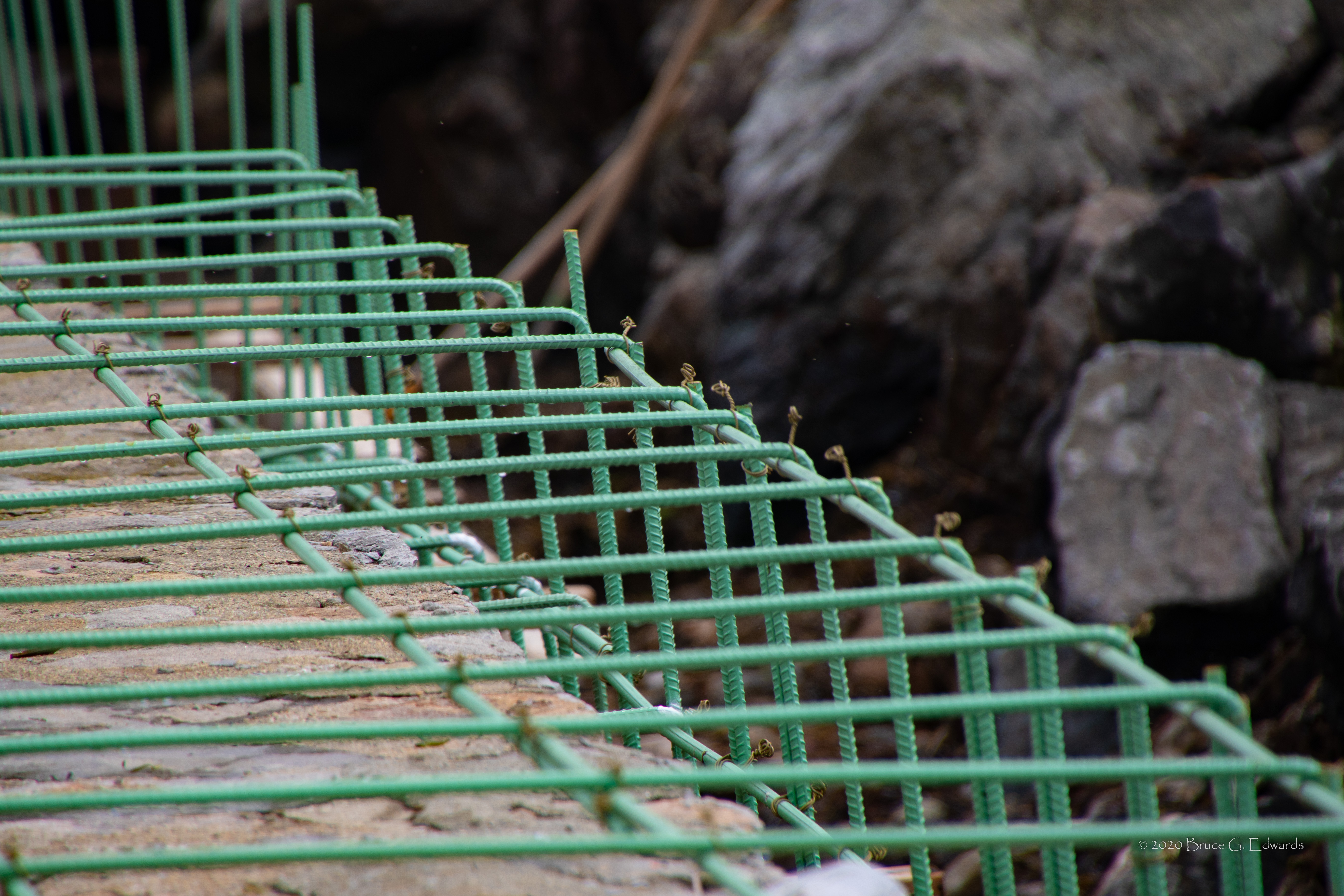 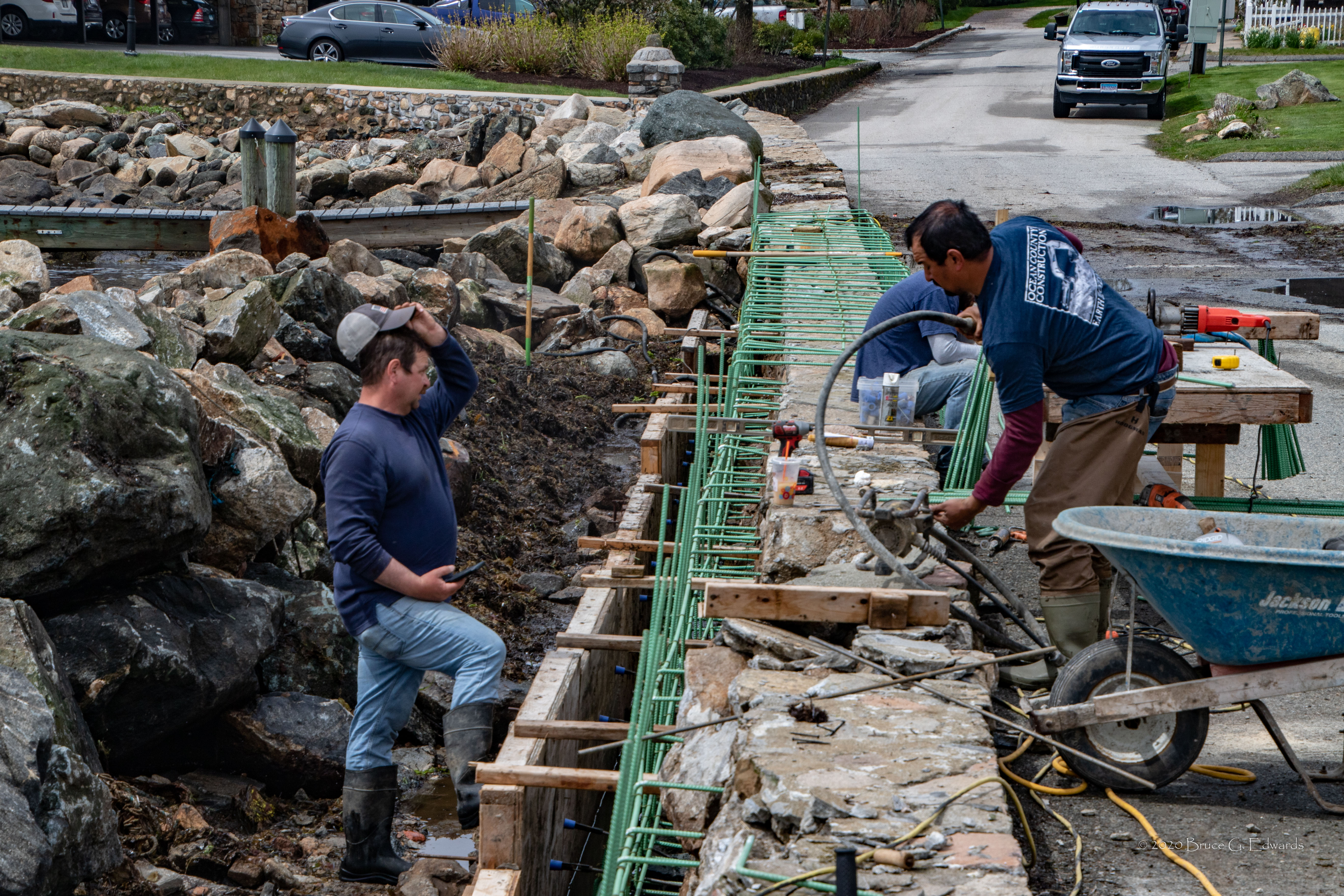 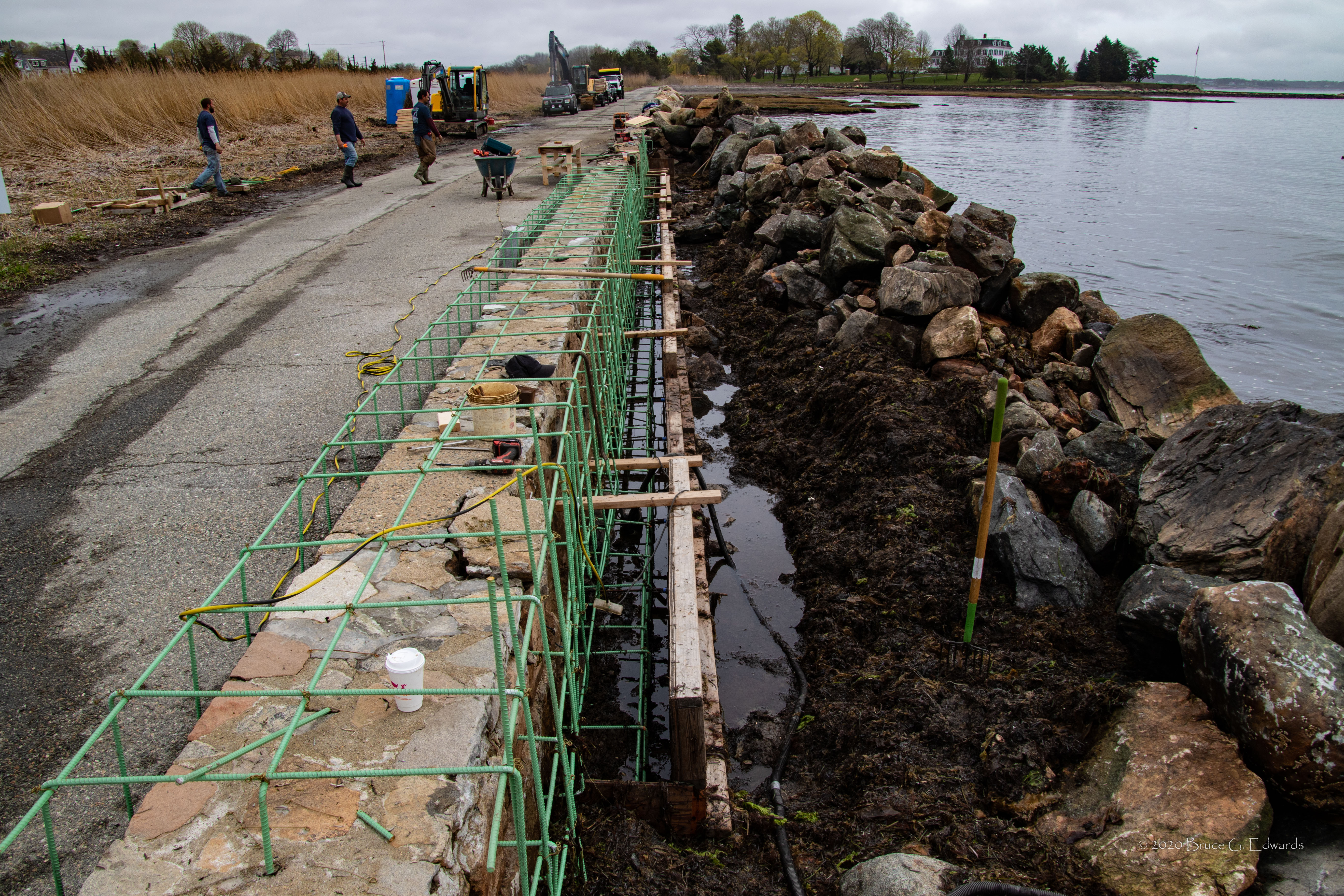 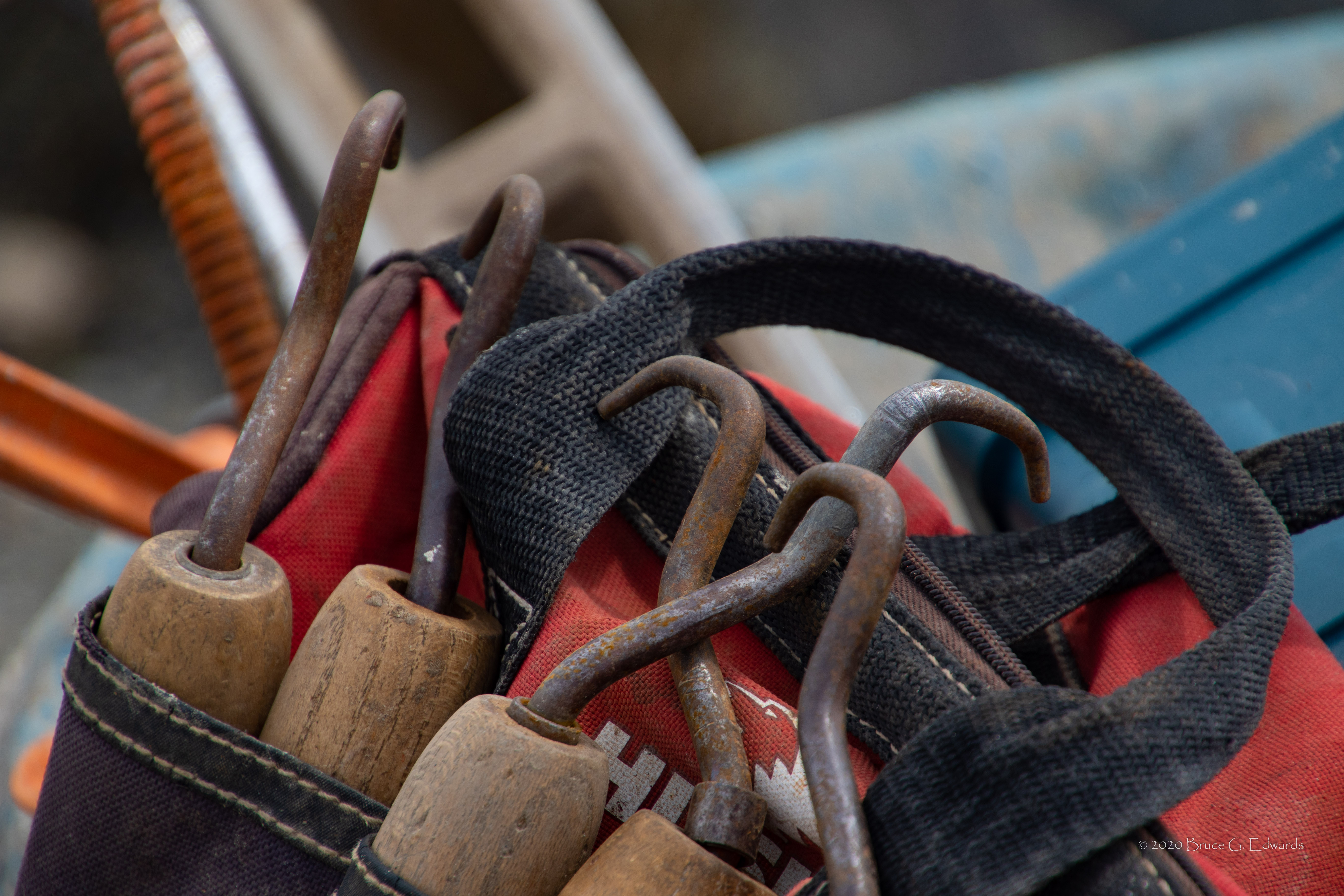 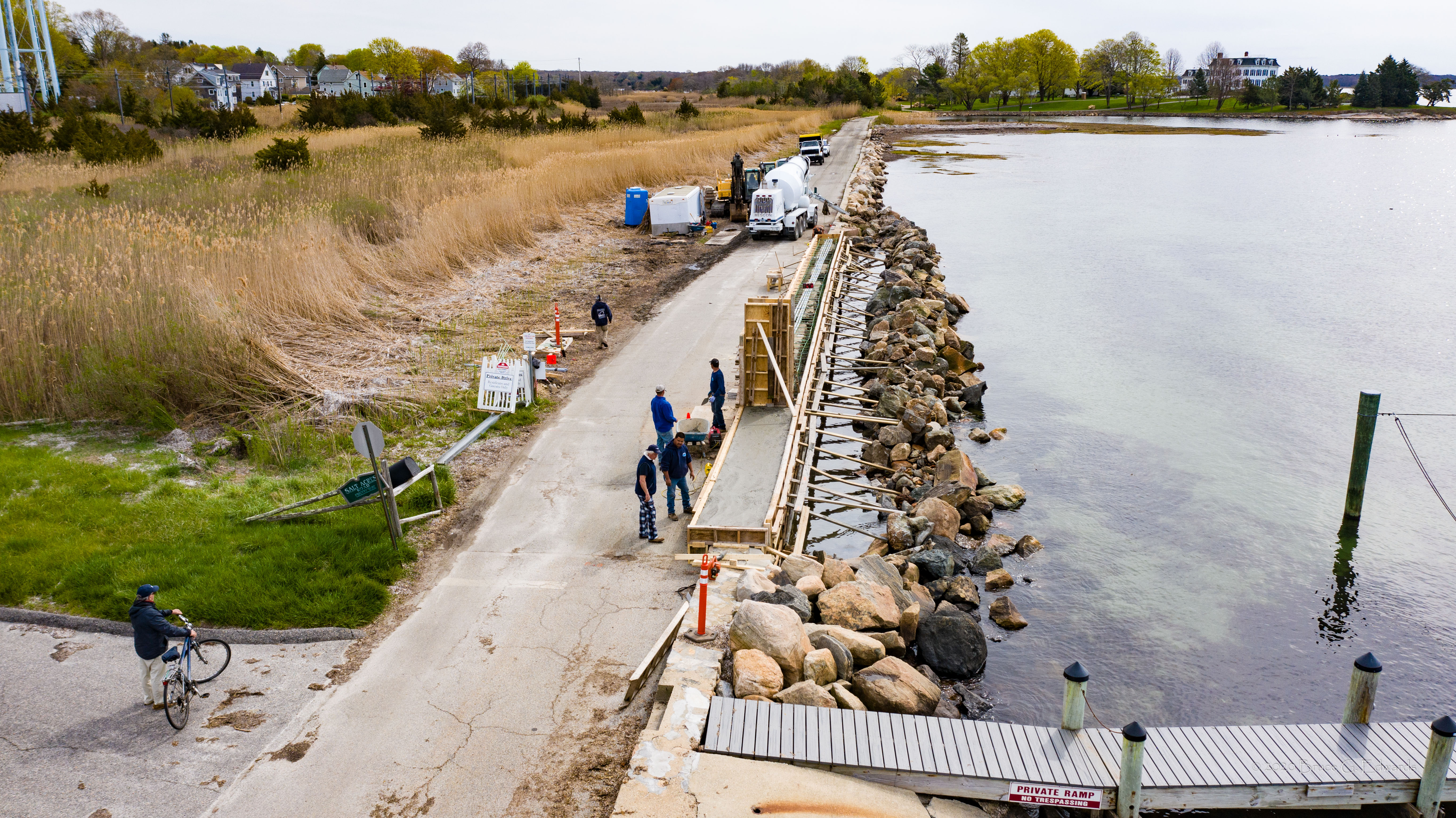 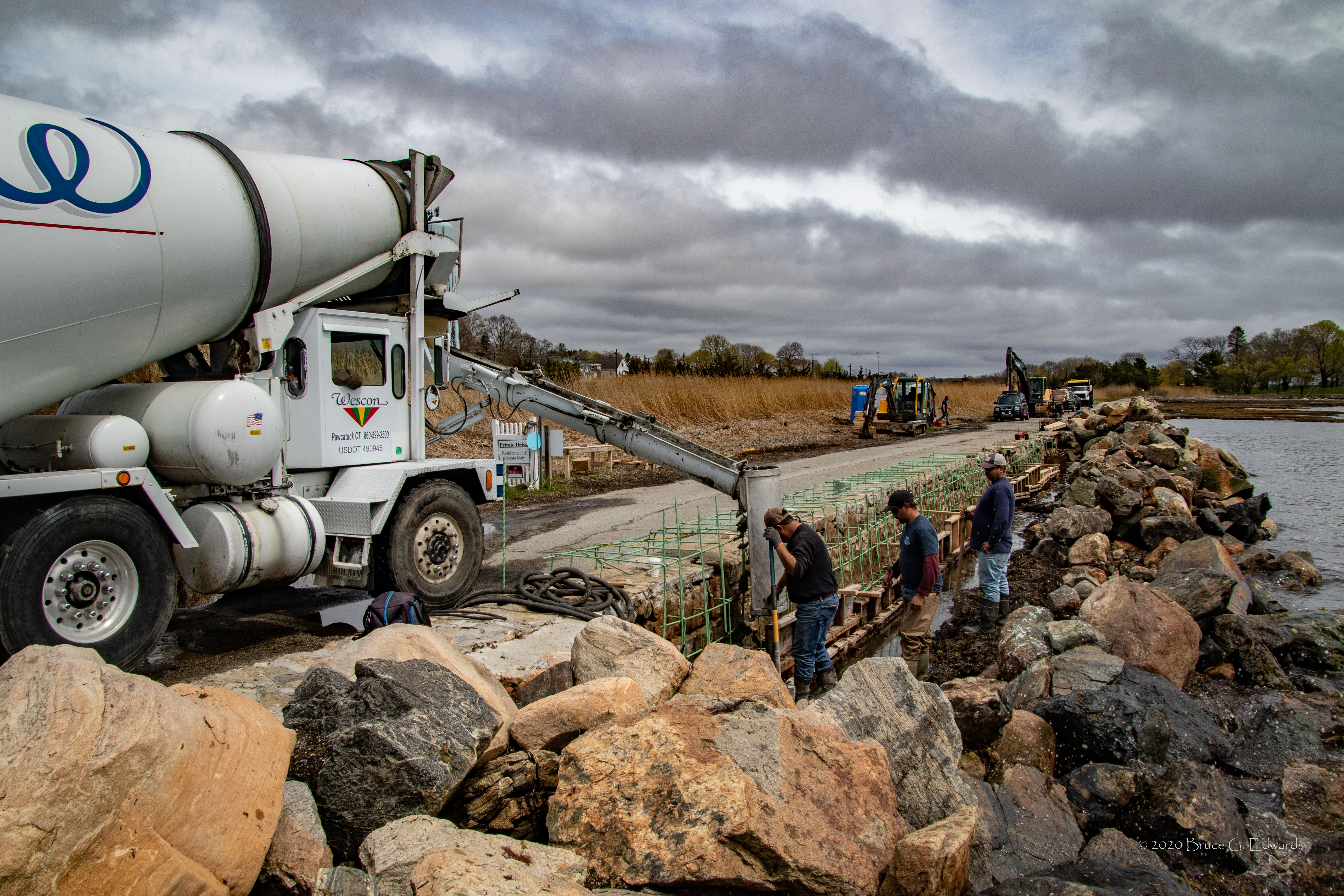 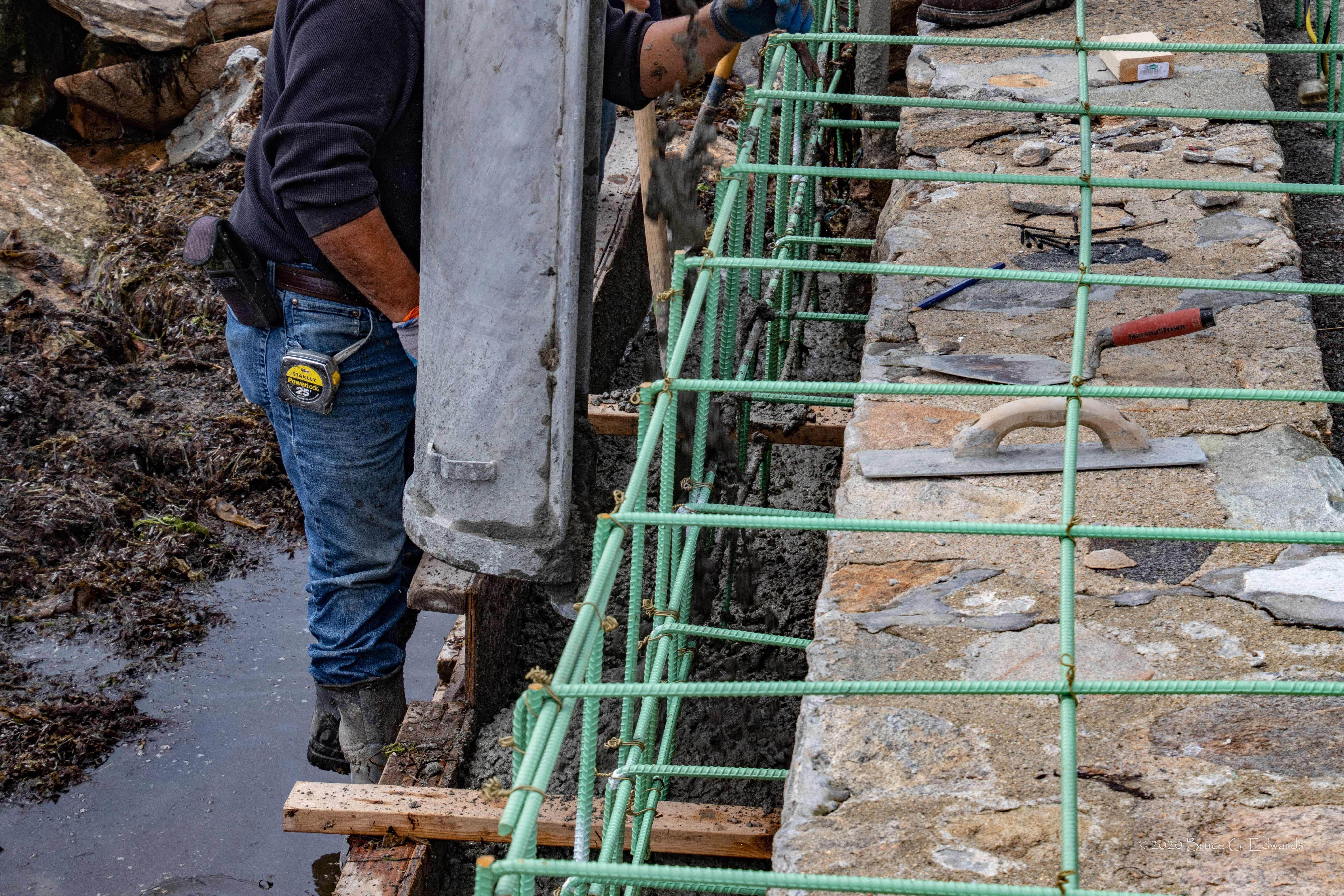 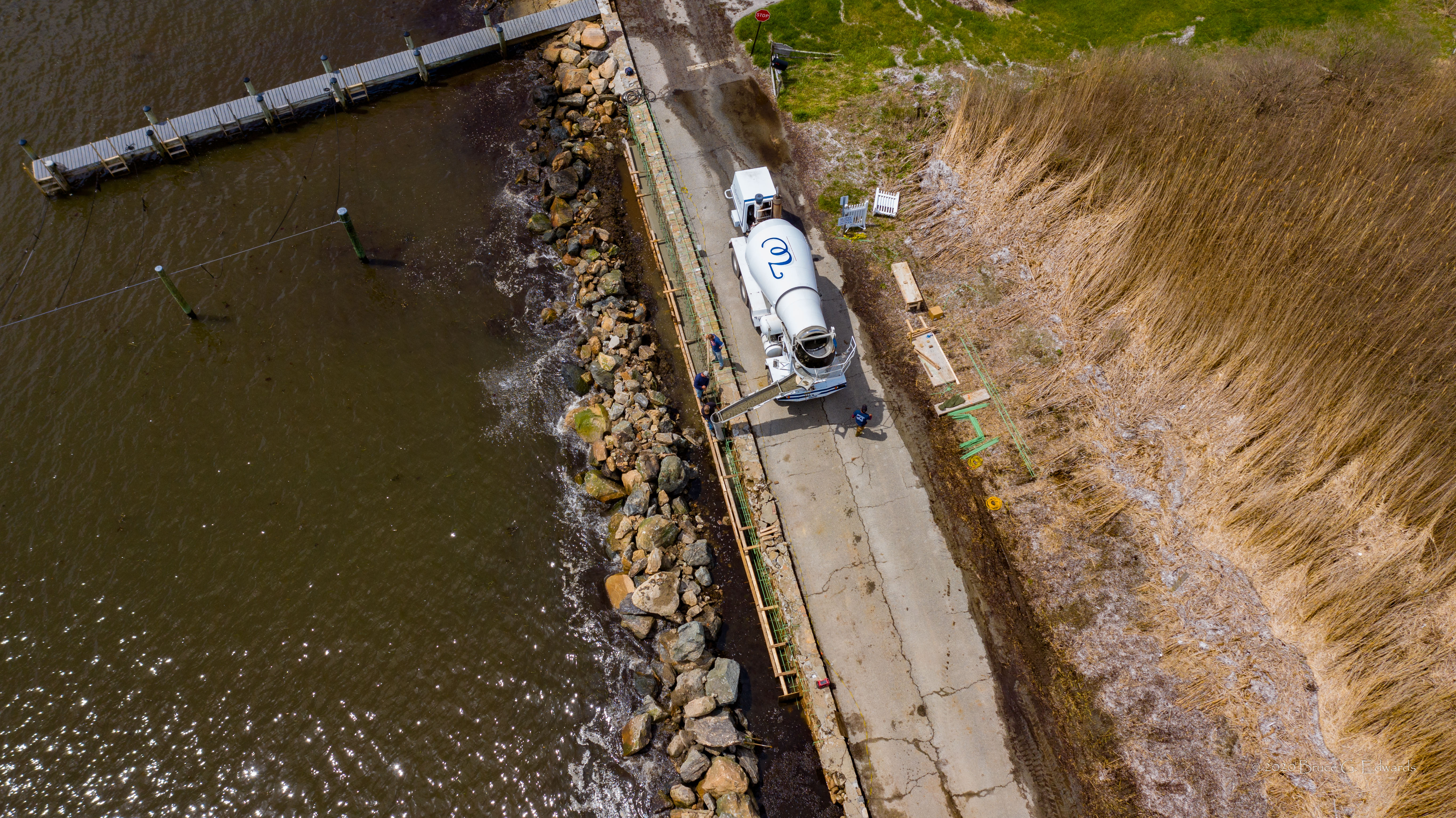 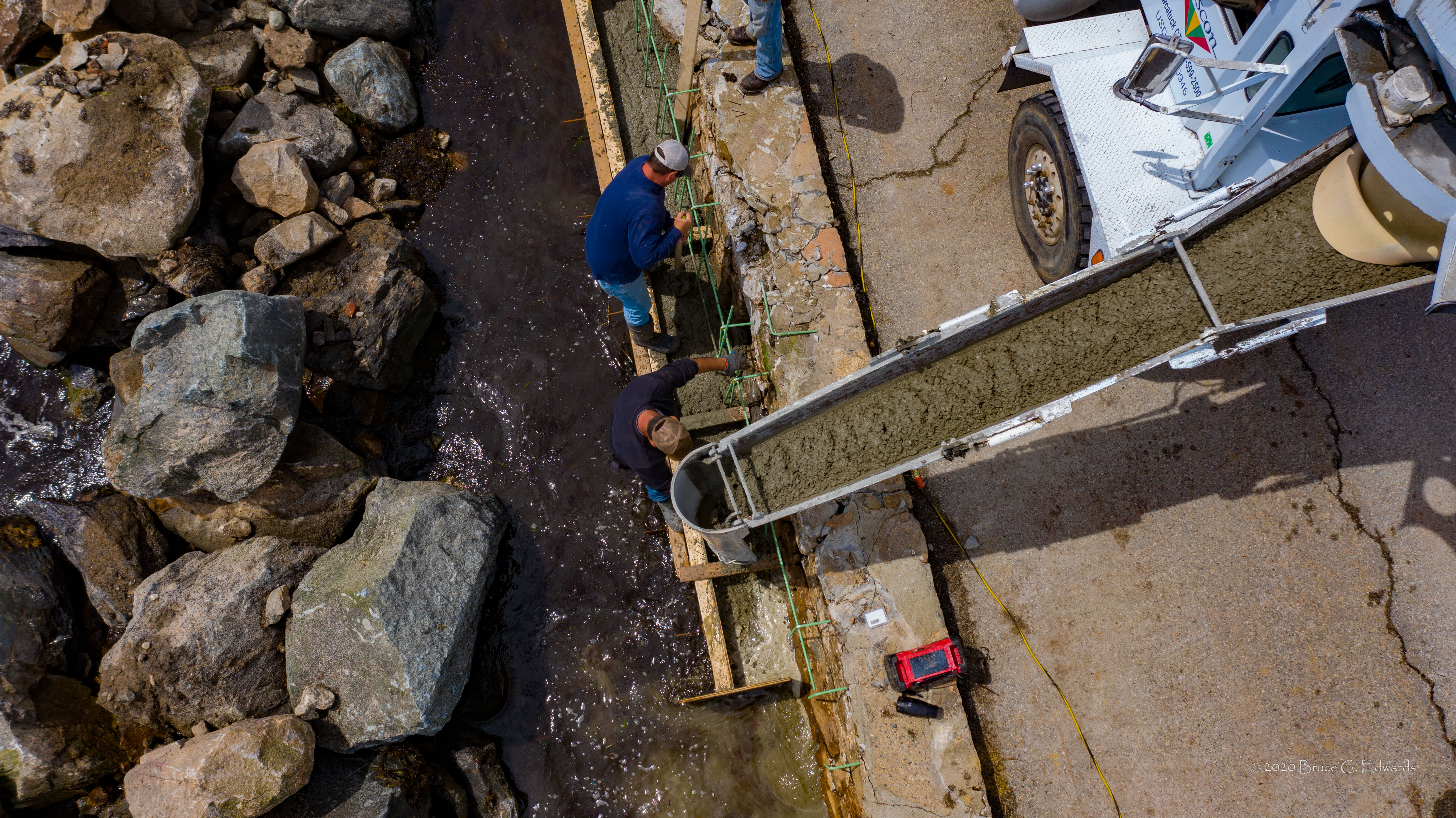 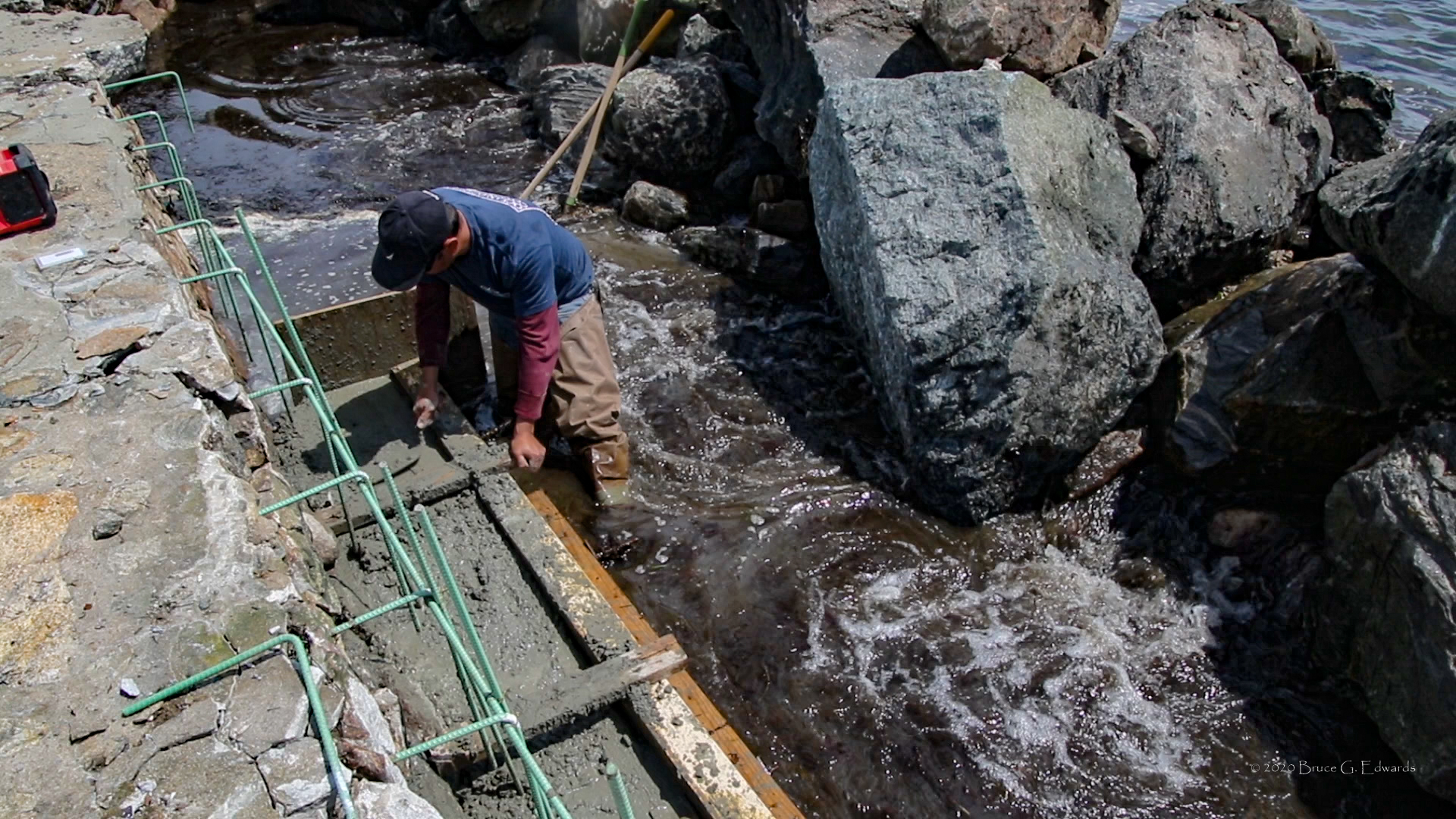 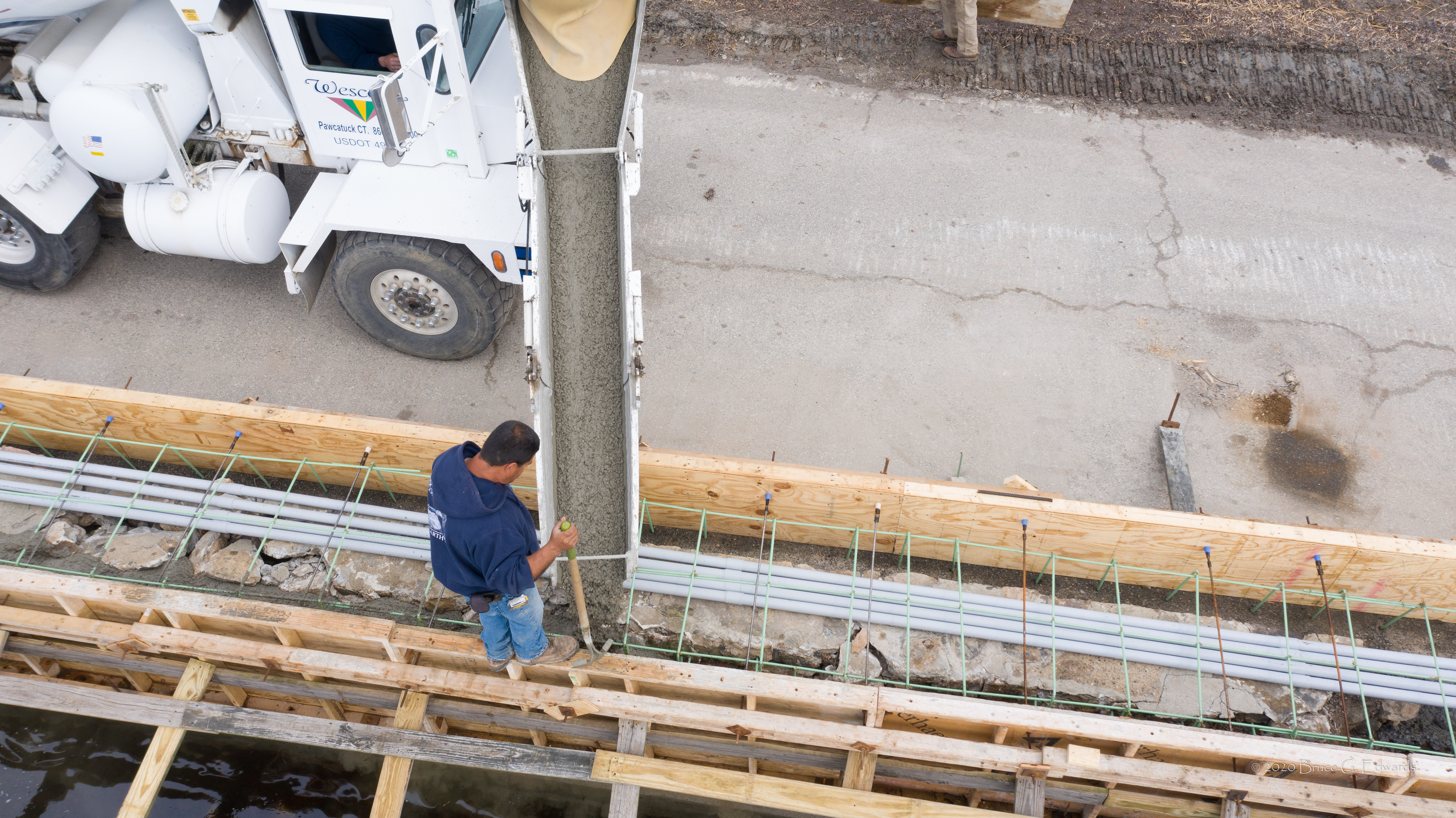 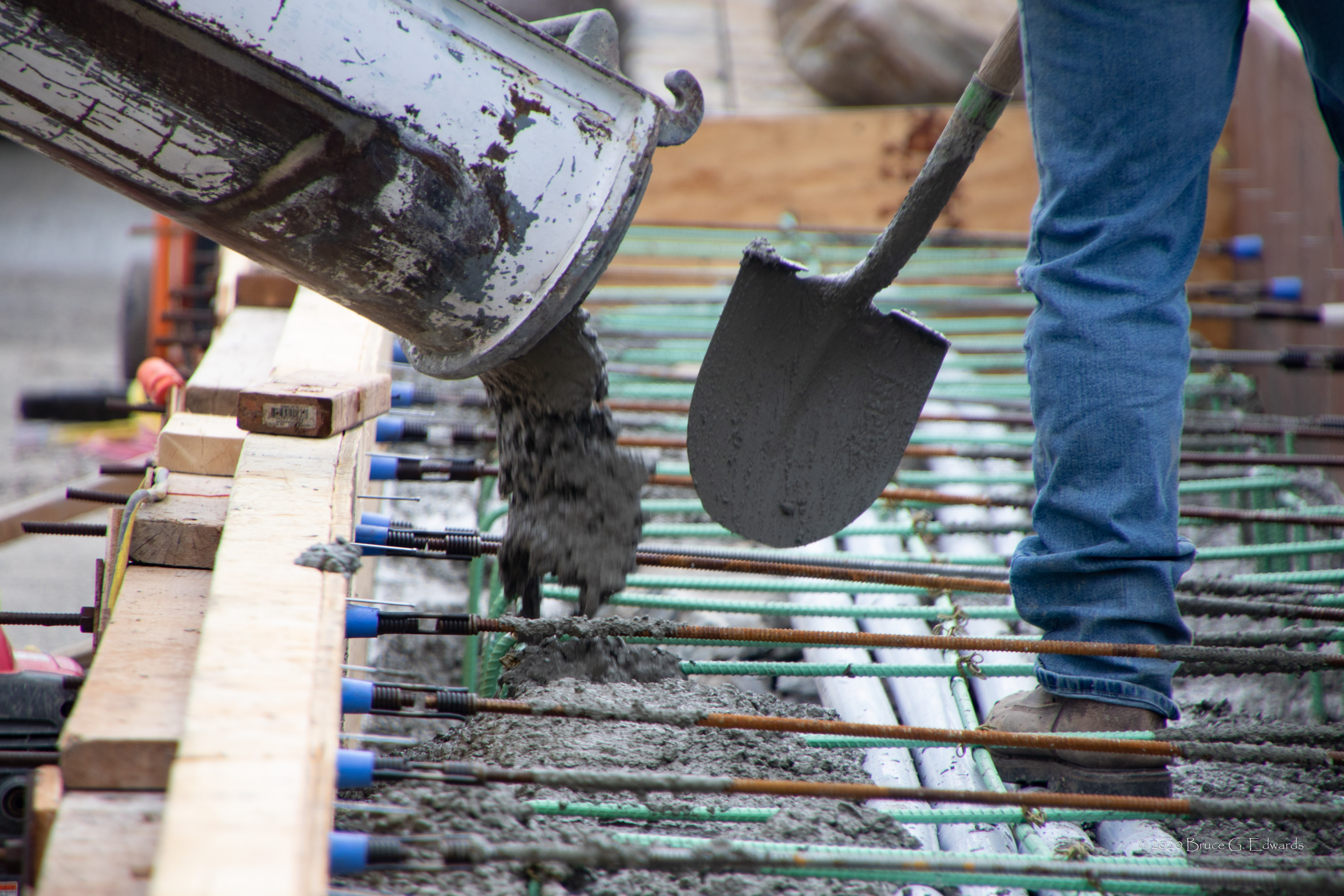 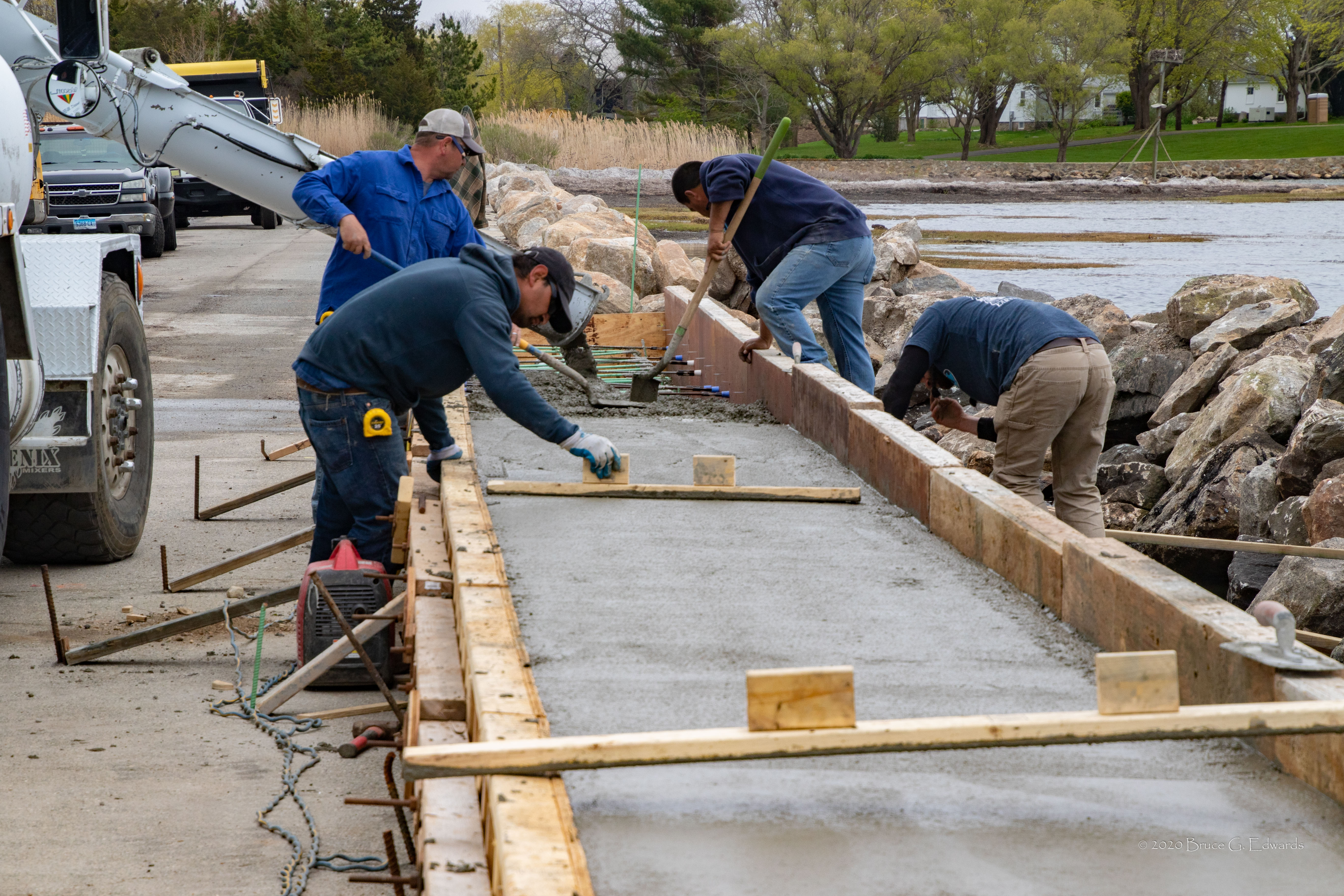 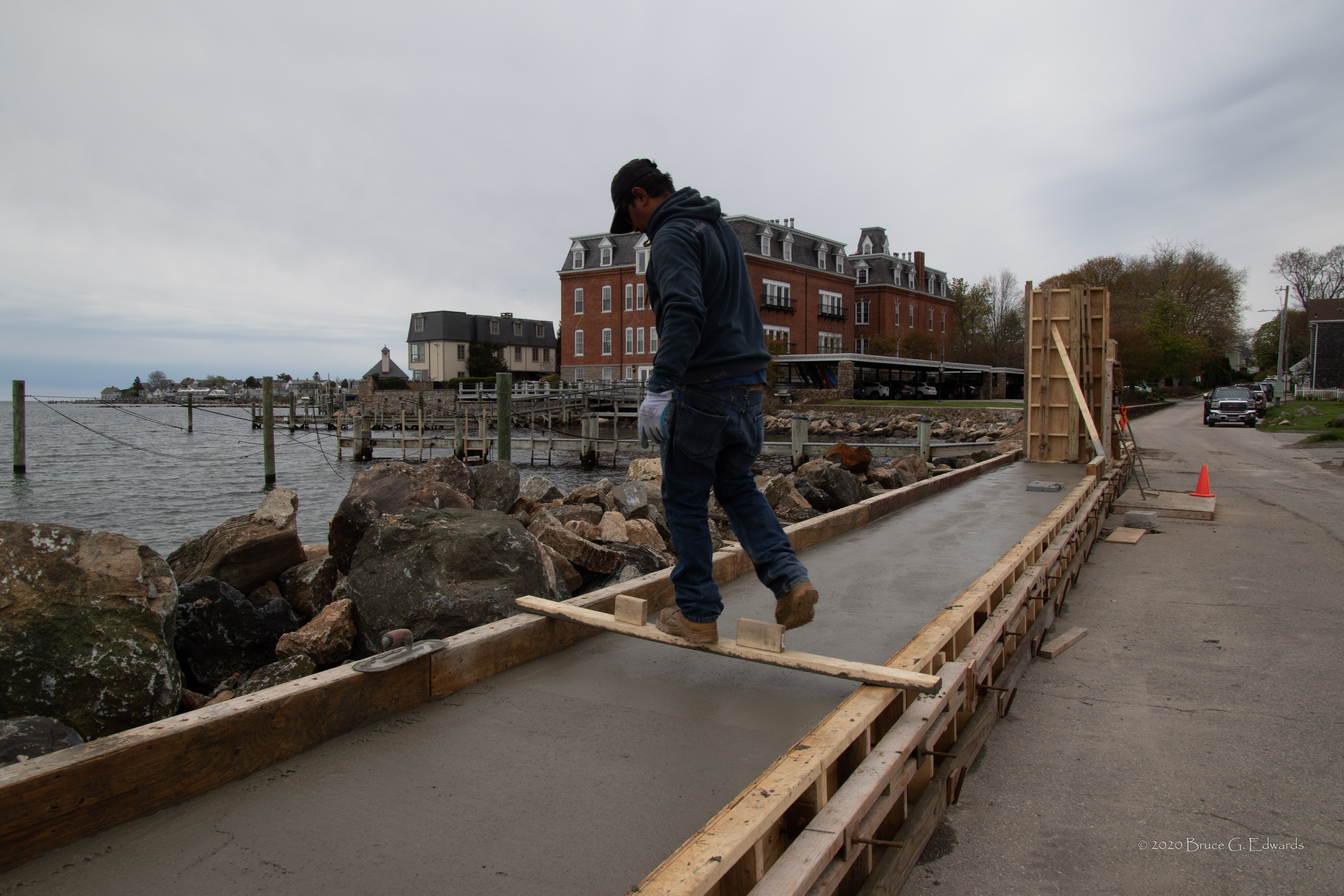 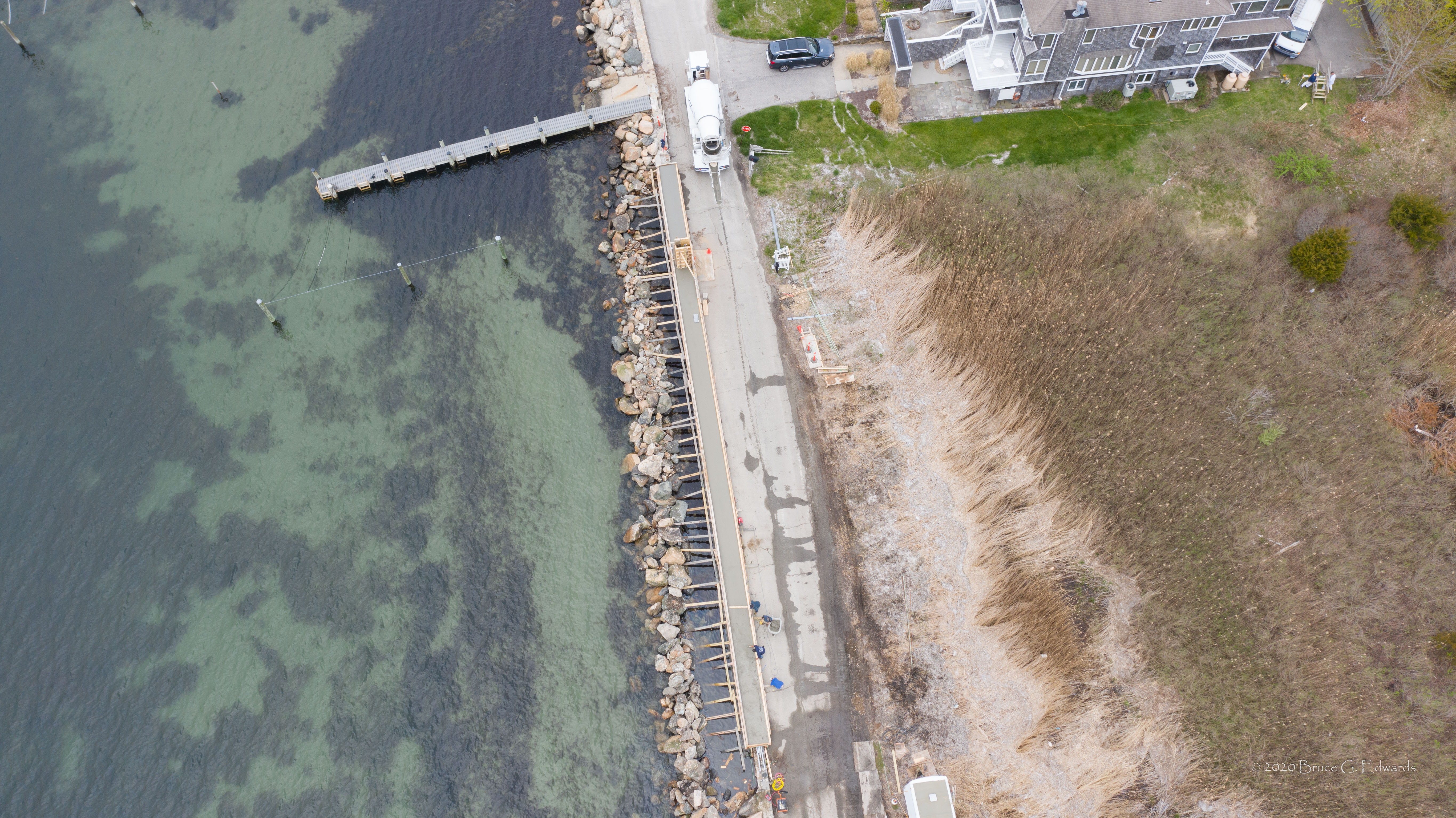 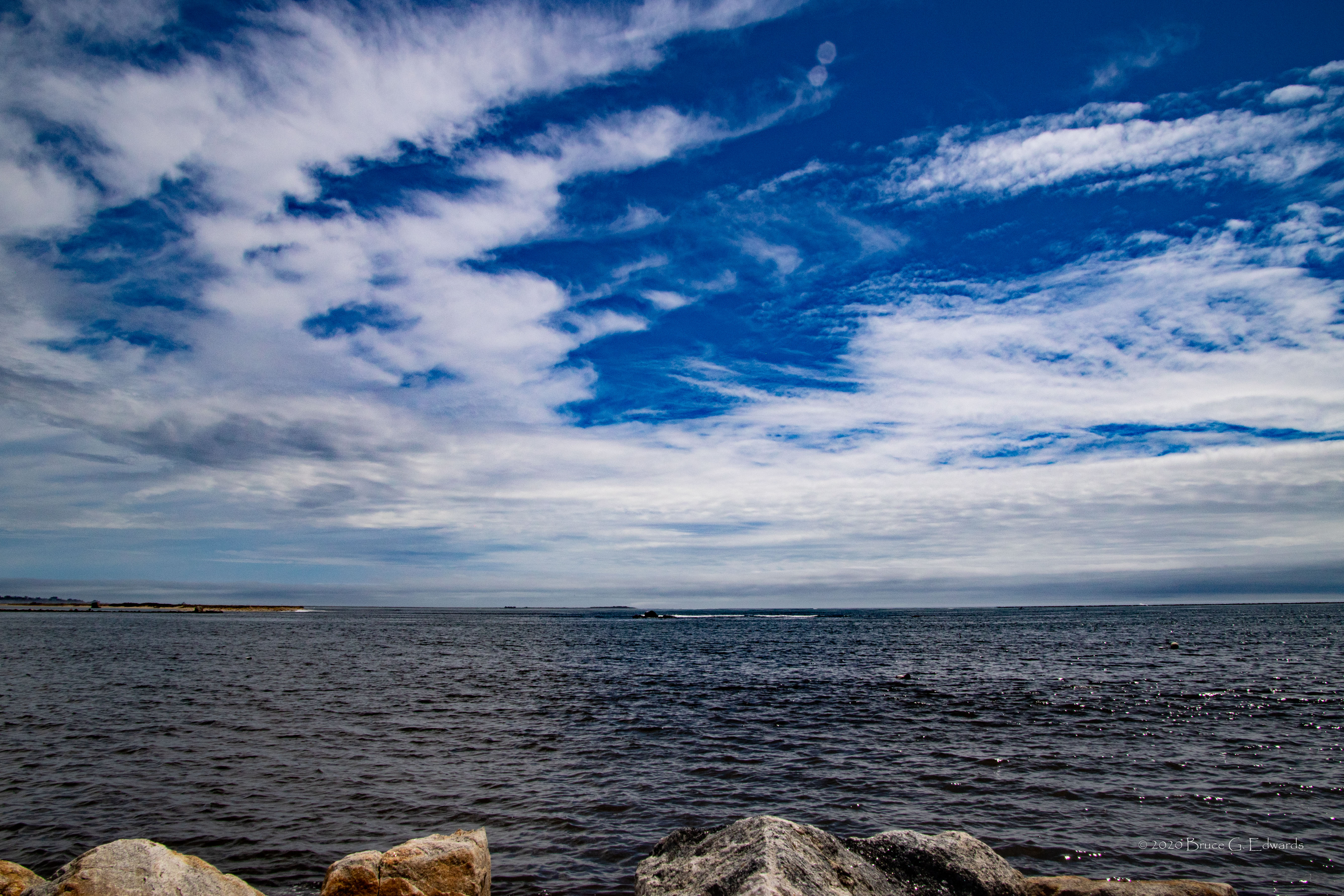 in the historical fishing village of Stonington, CT, known as Stonington Borough, there is a causeway that leads to a nearby peninsula which is, for all intents and purposes, an island. The only true road access is via an 1100 foot causeway bordered by the open ocean on the south side and a wetland marsh to the north. In storm conditions, it is really the only passage between the mainland and Salt Acres.

Separating the roadway from the ocean was a small stone wall and a crude stone revetment. The wall was deteriorating badly. It was sinking and fracturing due to erosion and age. The bottom was literally slipping down and away. . The stone revetment was not interlocked and was essentially a pile of stones. It's integrity had suffered from the force of the ocean, exacerbated by many storms over many years, including direct hurricane hits. At this stage, faced with any wind from a southerly direction, the Causeway would become a gauntlet of intense seawater spray and ocean born debris, especially seaweed and various flotsam. When particularly high tides were added to the mix, it could become nearly unpassable. The path between the beautiful Salt Acres and Stonington Borough, was a challenge and it needed help.

OCC was brought in to resolve the issue by renovating and raising the sea barrier along the Salt Acres Causeway.